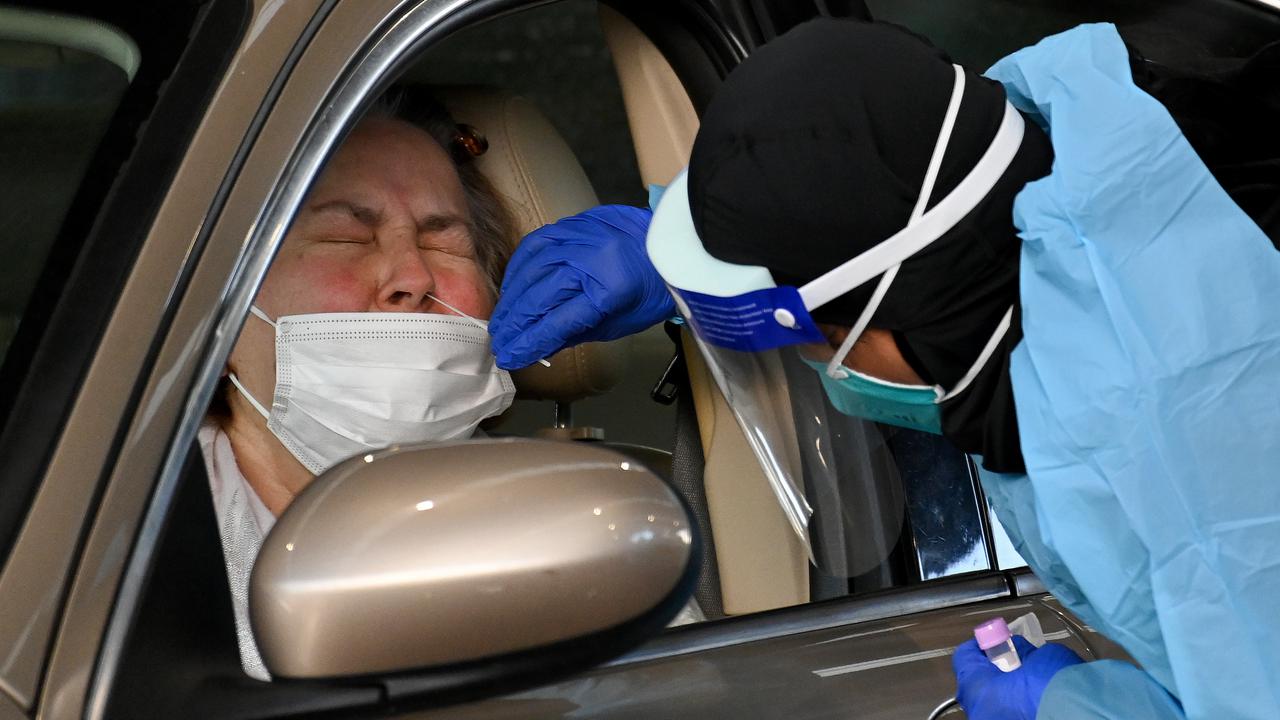 Infection numbers continue to rise in southwest Sydney, where testing clinics have been inundated. (AAP image)

SYDNEY — New South Wales is in the grips of an escalating Covid-19 outbreak as it infiltrates Sydney’s healthcare system, with at least 70 paramedics isolating and cases linked to two major hospitals and an aged care home.

The state of New South Wales recorded 65 new local Covid-19 cases in the 24 hours to 8 pm on July 14, but Premier Gladys Berejiklian warned the number of infected people in the community was yet to decline, despite stay-at-home orders.

Of the new cases, at least 35 people were out in the community for part or all of their infectious period — a number that authorities want to drive down to zero.

“It has been a stable number, it hasn’t grown … (but) unless it comes down, we can’t get out of lockdown,” Berejiklian said.

Infection numbers continue to rise in southwest Sydney, where testing clinics were inundated this week after essential workers from the Fairfield suburb were ordered to get tested every three days if they work outside the area.

From July 16, around 12,000 teachers and school staff will be prioritized for vaccination at the Fairfield showgrounds hub.

Two of Sydney’s major hospitals are on alert after a nurse and a patient were diagnosed with Covid-19.

A pregnant patient at Liverpool Hospital, in Sydney’s southwest, was diagnosed with Covid-19 on July 14 after undergoing a procedure, and a vaccinated nurse who worked at Westmead Hospital in the Covid-19 ward has also tested positive.

A paramedic in southwest Sydney has also tested positive to the virus, a New South Wales Ambulance spokesman confirmed on July 14 night.

At least another two have been diagnosed, according to media reports, forcing at least 70 paramedics into isolation as close contacts.

“NSW Ambulance is investigating reports of further positive cases in paramedics who had no contact with the confirmed case. Urgent contact tracing is underway,” a spokesman said in a statement.

On the evening of July 15, Minchinbury Manor—an aged care home in suburban Sydney—also confirmed a contract cleaner at the facility had been diagnosed with the virus, prompting the center to lock down as a precaution.

“We have isolated all residents and staff throughout the facility and our outbreak management plan has been implemented,” a spokesman said.

Residents and staff will be tested daily, and five close contacts of the cleaner have been identified and sent into isolation.

About 90 percent of staff and residents have been vaccinated, and those who remain unvaccinated are expected to be offered a jab in the coming days, he said.

“Our members are asking for basic health and safety provisions. The fact their requests have been denied is incomprehensible,” secretary of Health Services Union Gerard Hayes said.

Premier Berejiklian on July 15 urged people not to visit doctors or pharmacists with Covid-19 symptoms, saying some had become infected in those settings.

There are 19 patients in intensive care in New South Wales, with five ventilated.