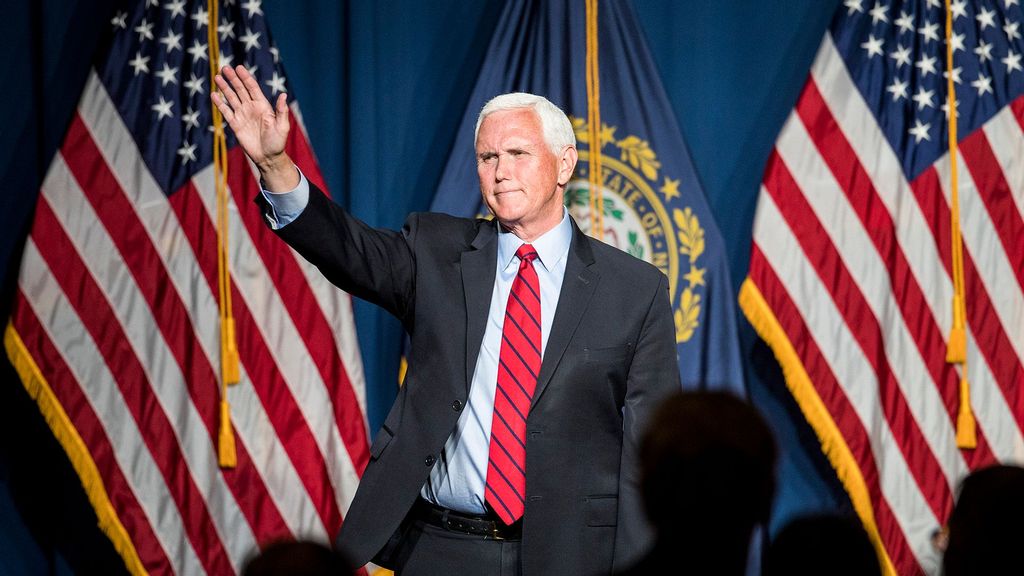 Pence believes Biden should be looking to build on the aggressive approach taken by the Trump administration in that region.

“The Biden-Kamala Harris admin is already rolling over for Communist China,” said Pence.

“They rejoined the Paris Climate Accord, allowing China to pollute with impunity, rejoined the World Health Organization without demanding a single concession and terminated our admin’s inquiry into the origins of the coronavirus.”

“Our elected leaders must build on the progress of the Donald Trump-Pence administration,” said Pence. “They should use the economic and military power of the United States to check the ambitions of the Chinese Communist Party in ways that put the American people and American values first. Only a proud, confident and united America can meet the challenge of China.”

The former vice-president also urged Biden to demand the 2022 Winter Olympics to be moved out of Beijing due to the Chinese treatment of Uyghurs Muslims in Xinjiang.

“Beijing has exploited modern corporate America’s insatiable appetite for market access and coerced top CEOs, athletes, and entertainers into not only withholding criticism of the communist regime but, in many cases, actively singing their praises,” tweeted Pence.

Pence, who chaired the White House coronavirus task force, condemned China’s lack of transparency around the pandemic’s origins and argued evidence “strongly suggests the coronavirus leaked out of a Chinese lab.”

The White House Coronavirus Task Force was the United States Department of State task force during the Donald Trump administration that coordinated and oversaw the administration’s efforts to monitor, prevent, contain, and mitigate the spread” of coronavirus disease 2019.

Pence called for the US to halt public and private funding for scientific labs in China, cautioning that doing so makes America “complicit in every human rights abuse committed with American-funded technology.”

Pence further called for a more aggressive decoupling of US economic interests from Chinese industries, warning that a failure to do so would lead to a greater dependence on Chinese goods. He suggested Biden sought out a trade deal with Taiwan, whose status is a source of tension between the US and China.

Pence laid emphasis on the need for a strong Navy to combat Chinese aggression in the Indo-Pacific region.

“On behalf of the American people, let me just say: Spare us the sermons & the pretentious moralizing, and answer a simple question: Are you an American company, or a Chinese company? Are you for democracy or totalitarianism? Corporate America: Are you on our side, or theirs?” tweeted Pence.