Scientists don’t yet know the cause of a mysterious illness that has killed thousands of birds in parts of the United States. 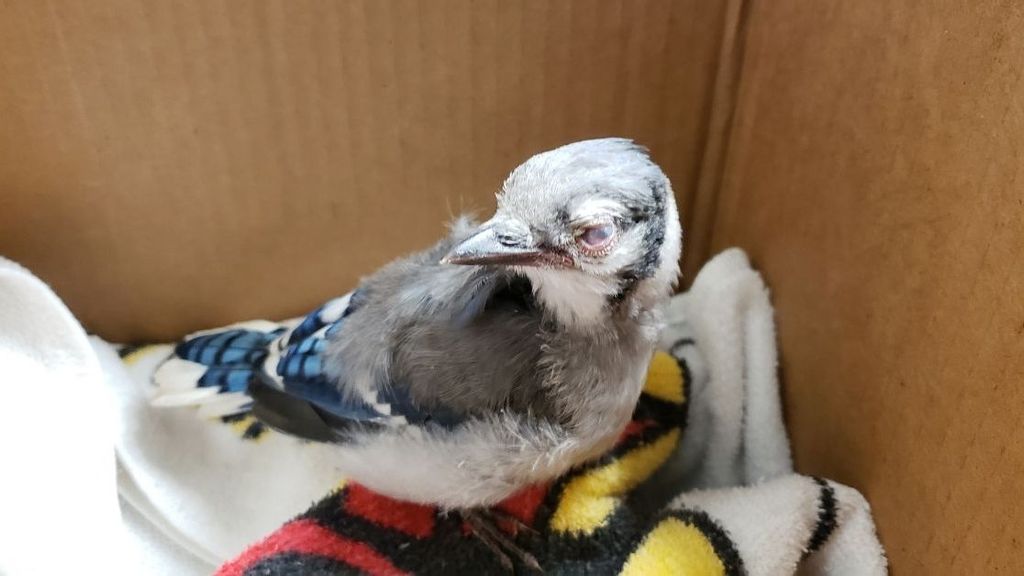 One of the birds suffering from a mysterious illness that has struck thousands in select parts of the U.S. in recent months. (Virginia Department of Wildlife Resources)

Scientists are still trying to identify what has been killing an unknown number of young wild birds in several regions of the United States in the past couple of months. The die-off has slowed markedly in recent weeks, but its cause remains a mystery.

In a July 9 notice, the U.S. Geological Survey (USGS) ruled out deadly avian flu and West Nile viruses as the cause, as well other diseases affecting birds and humans. Most of the dead birds were fledglings or young.

According to a news release from Virginia wildlife officials, between May 23 and June 30, there were more than 1,400 reports of sick or dying birds in the state.

Grackles, robins, blue jays, blue jays, house sparrows, cardinals, and some mourning doves are among the victims of the spreading condition that was first reported in May in Washington, D.C, Virginia, and Maryland. The reports of dead and dying birds then came in from New Jersey, West Virginia, Delaware, Indiana, Kentucky, Pennsylvania and Ohio. In May, bird watchers and wildlife officials started receiving reports of blinded wild birds that showed a white crusty substance sealing their eyelids. Some showed neurological disorders such as disorientation, lethargy, staggering and inability to fly.

Adding to the mystery, scientists have also ruled out bacterial pathogens such as salmonella and chlamydia, as well as various herpes and pox viruses. Experts in parasitology, microbiology, toxicology and virology at the University of Pennsylvania and other institutions have been performing diagnostic tests to try and trace the origin of the illnesses.

The die-off roughly coincided with the emergence of the Brood X of 17-year cicadas. As a result, some speculated that the birds’ problem may be somehow related to insecticides used on the cicadas, which infested a huge swath of the U.S. from the East Coast into Illinois and Michigan. However, affected birds have also been found in areas not visited by the millions of cicadas, which served as food for birds but bedeviled communities. For instance, research scientist Brett Benz of the University of Michigan told Zenger that he has received no reports of afflicted birds in his state, which also saw Brood X.

Dr. Jen Riley, lead veterinarian at the Blue Ridge Wildlife Center in Boyce, Virginia, told Zenger that she first noted the incidence of bird deaths on May 22. Asked whether she had any ideas about probable pathogens, Riley said, “I certainly don’t want to speculate on anything. There are so many things this could be. I have seen people making their guesses public, but I don’t think that’s helpful.”

Referring to the research into causes, she said, “Unfortunately, we don’t have any answers as to what it is: bacterial, viral, fungal or poisoning.”

When the number of birds reported to her clinic spiked in late May and early June, samples were sent to testing labs for analysis.

“The numbers where we are, at least, are tapering off,” she said. “I think we have hit the peak of this. In late May, early June, we were getting three to five cases a day at our facility. Now we are significantly down: just one or two cases a week for the last two weeks.”

In Virginia, Riley said, the die-off has been limited to the counties bordering Maryland and Washington, D.C. As far as any coincidence with 17-year cicadas, she said, “We don’t know specifically, but they certainly fell in line with Brood X in our area. But that doesn’t necessarily mean there’s a connection.

“With Brood X declining now and a decline in cases, there is a time-line correlation at least, but not necessarily causation,” Riley said. She noted that in other areas affected by cicadas, bird die-offs were not seen. Toxicological researchers, she said, are looking into pesticides as the cause.

Agreeing that researchers are currently stumped, Riley said, “It is standard protocol to test for what we know first and ruling those out, so we are in the first step of an outbreak which is to rule out the common things.”

Jen Owens of Michigan State University, who has studied West Nile virus, told Zenger, “The fact that they’ve tested for all the known suspects for these types of diseases and they still don’t know is fairly unusual. It is something that people should be aware of, and they should be looking in their backyards.

“One of the things that interests me is how widespread it is,” Owens said, noting that other areas using pesticides have not been affected.  “It’s really curious not knowing what the pathogen is, whether it’s a toxin, bacteria, a virus or fungus.”

Federally licensed bird rehabber Maureen Eiger told Zenger that she has heard of no cases in the southwestern Virginia.

“People are foolish and probably sprayed a lot of them with pesticides,” she said about counties bordering Maryland and Washington D.C., where millions of cicadas served as potential food for birds. “Eyes sunken or crusty, injuries, ataxia, the neurological symptoms: I get birds in from people who use lawn spray. It’s the exact same thing,” Eiger theorized.

Anecdotally, it appears that reports of affected birds are beginning to decrease in number, DWR Watchable Wildlife Biologist Meagan Thomas told Zenger. She said her agency is receiving approximately “50 percent fewer reports on our online submission form each day, as compared to a month ago, and wildlife veterinarians practicing in the affected area are seeing far fewer affected birds.”

She said DWR is “unable to offer a definitive date for when the mortality event will conclude.”

Asian strains of avian (bird) flu such as H5N1 and H7N9 have killed people and remain a serious pandemic threat due to their ability to evolve various strains. The CDC reports that H5N1 and H7N9 have not caused deaths in the U.S. though they killed people in Asia, Africa, Europe and the Middle East. West Nile virus was first detected in the U.S. in 1999, quickly spreading from birds to mosquitoes and people. In 2020, there were 664 West Nile cases in the U.S. and 52 deaths, according to the CDC.  These viruses affected wild birds and flocks of domestic poultry.

The USGS is calling on the public to remove bird feeders because birds congregating at feeders and baths may spread disease. Officials are asking the public to clean their bird feeders and baths with a 10 percent bleach solution every two weeks once the situation has been resolved. While no danger to humans has been detected, USGS recommends avoiding handling birds, or wearing disposable gloves or plastic bags as necessary. Pets should be kept away from dead or sick birds.

Wildlife conservation agencies should be contacted if dead birds are found.