The last such demonstration on Jan. 26 had turned violent with hundreds of protestors and police officers getting injured.
By Zenger News Desk July 16, 2021
Facebook
Twitter
Linkedin
Email 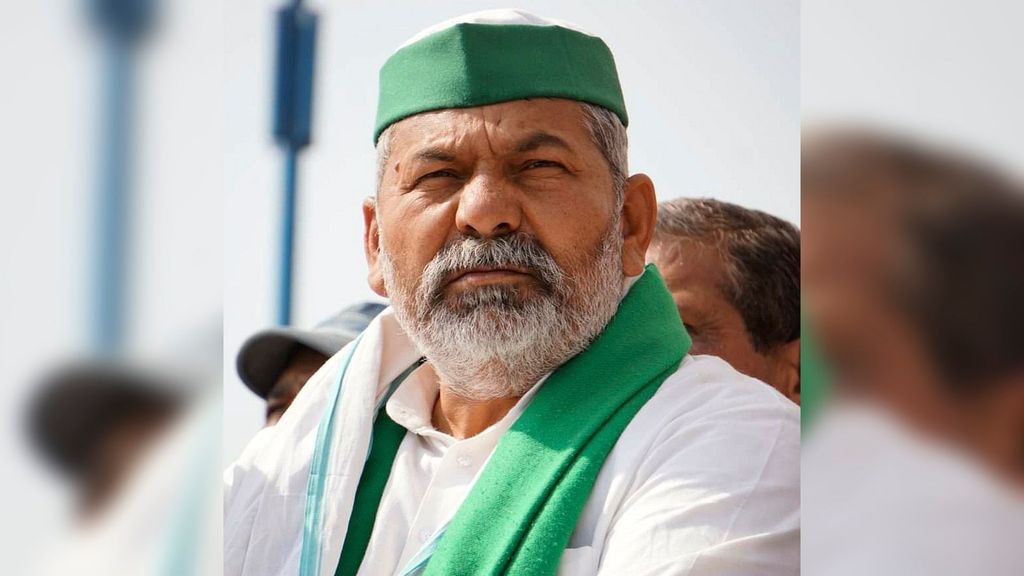 Bharatiya Kisan Union leader Rakesh Tikait said the protest would be ''peaceful' despite the country witnessing violence on Republic Day when protestors reached Red Fort as a part of their 'tractor rally' protest. (Rakesh Tikait, @RakeshTikaitBKU/Twitter)

NEW DELHI — Indian farmers have planned a protest outside Parliament in the capital of New Delhi on July 22. The protest is scheduled between the monsoon session of the Indian Parliament, which is to commence on July 19 and end by Aug. 13.

Farmers have been protesting on the borders of the national capital since Nov. 26, 2020, and asking the government to repeal three farm laws — Farmers’ Produce Trade and Commerce (Promotion and Facilitation) Act, 2020; the Farmers Empowerment and Protection Agreement on Price Assurance and farm Services Act 2020 and the Essential Commodities (Amendment) Act, 2020.

“It will be a peaceful protest,” said Rakesh Tikait, leader of a farmers’ representative organization Bharatiya Kisan Union. “We will sit outside Parliament while proceedings will continue in the House.”

The last protest by farmers, on Jan. 26, the country’s Republic Day, had turned violent despite farmer leaders assuring they would ensure no clash breaks out.

Having failed to dissuade the farmers from organizing the protest, the police had ordered them to stick to Delhi’s borders — effectively keeping the rally outside the national capital.

But some protesters broke barricades to enter New Delhi and clashed with police in several parts of the national capital. They reached Red Fort— a 17th-century Mughal fort from which India’s prime ministers deliver the Independence Day speech—and took down Indian’s national flag to hoist their own flags.

Several hundreds of protesters and police officers were injured. Two farmer unions — All India Kisan Sangharsh Coordination Committee and the Bharatiya Kisan Union — withdrew their support from the protest the next day.

This time, 200 people are expected to go to the Parliament via bus.

“The bus fares are to be paid by the Bharatiya Kisan Union,” said Tikait.

“Enactment of farm laws without any consultation, without any debate, marks deliberative lawmaking process in parliament,” tweeted Kisan Ekta Morcha. The Twitter handle belongs to Samyukt Kisan Morcha, a coalition of over 40 farmers’ unions.

Farmer leaders and the government have held several rounds of talks to end the protests, but the impasse continues.

The Farmers’ Produce Trade and Commerce (Promotion and Facilitation) Act, 2020 is an act of the Indian Government that permits intra-state and inter-state trade of farmers’ produce beyond the physical premises of Agricultural Produce Market Committee market yards.

The Farmers (Empowerment and Protection) Agreement on Price Assurance and Farm Services Act, 2020 is an act of the Indian Government that creates a national framework for contract farming through an agreement between a farmer and a buyer before producing or rearing any farm produces.

The Ordinance seeks to increase competition in the agriculture sector and enhance farmers’ income. It aims to liberalize the regulatory system while protecting the interests of consumers, as per the directives of the Ministry of Law and Justice, Government of India.