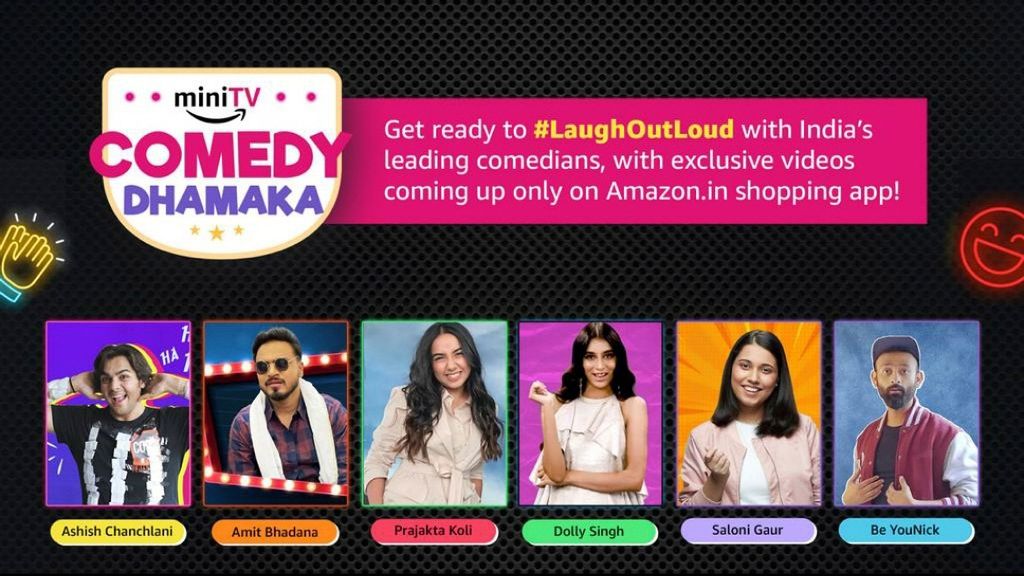 Amazon’s miniTV is a free, ad-supported video streaming service within its shopping app in India.

The creators will make sketches out of relatable daily life situations which will first be exclusively released on miniTV for all Amazon users. The sketches are aimed at increasing Amazon’s stickiness by attracting customers to stay on the app for longer.

“At Amazon, our viewers are at the heart of our business, and we’re always looking at bringing the best bouquet of content for their delight,” said Vijay Subramaniam, Director and Head of Content for Amazon Prime Video and miniTV.

“With miniTV, the idea is to deliver top-notch content to Amazon customers while elevating their overall shopping experience. We are thrilled to have these brilliant comedic minds on board and are certain that our customers will enjoy the exclusive content on miniTV.”

The company also said that other creators include leading studios such as TVF, Pocket Aces, along with leading comedians like Round2Hell, Harsh Beniwal, Shruti Arjun Anand, Elvish Yadav, Swagger Sharma, and Aakash Gupta.

Dolly Singh’s sketch will revolve around the seven stages of getting over a break-up, while Prajakta Koli will guide viewers on how to perfect the art of “middle-class hacks,” as per a media report.

“Our new video Bhoot Maarike Make Uo Tutorial is out now exclusively on Amazon Mini TV,” Chanchlani tweeted on July 15, sharing one of the first videos of the series.

Amazon launched miniTV on May 15. As a first for Amazon, the service is only available to the users of the Amazon India app. It is the firm’s second streaming offering after its subscription-based app Prime Video.

“With this launch, Amazon has two video entertainment offerings — miniTV and Prime Video. miniTV is completely free and does not require a separate app.

Prime Video requires a Prime subscription and offers a collection of award-winning Amazon Originals, the latest movies and TV shows, in English and 9 Indian languages. Viewers can access Prime Video on the app or stream it on their smart TVs,” the company’s statement said.

Amazon and Walmart-owned Flipkart are the primary contenders in India’s e-commerce market, expected to be valued at $111 billion by 2024 and surpass the U.S. to become the world’s second-largest e-commerce market by 2034.