Parag Narvekar's sensor would be priced at $134 against the current cost of $2,013.
By Zenger News Desk July 16, 2021
Facebook
Twitter
Linkedin
Email 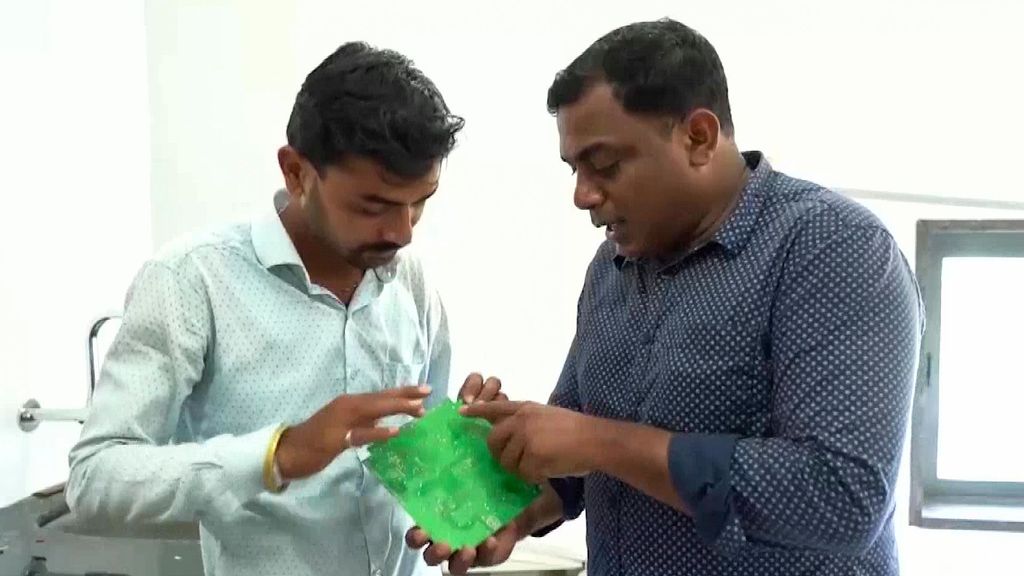 Parag Narvekar (right) came up with an affordable sensor in the Indian city of Nashik intending to boost crops production in India. The sensor, when made available will be priced at INR 10,000 ($134) for the farmers in the country. (ANI)

Narvekar, along with Vilas Shinde, the chief managing director of farmer producer company Sahyadri Farms, experimented with the technology and developed the sensor in the farms themselves.

“It’ll help farmers understand fertilizer and its usage and irrigation depending on the current weather condition,” Narvekar said.

“There is a lot of agriculture technology in countries like the US and Europe to deal with crop production following the global climate change. However, there was no such technology available in India,” said Narvekar.

“After working at NASA, I decided that I should do something for my country. Agriculture is the backbone of the country. Farmers cannot afford such technology. Hence, I experimented with developing an affordable technology. Finally, I executed the plan last year.”

“The sensors could help recognize suitable timings for irrigation following the weather, decisions that farmers could take for better crop quality, fertilizers that can be used, medicines for crops, and agricultural practices that can be followed,” said Narvekar.

“The newly-developed sensors could also be used in weather forecasting through satellite data sets. The sensors can be linked with an agro advisory to add up the updates on weather developments. If the farmers put the sensors at their farms, they could assess the weather of the nearby areas,” Narvekar said.

Narvekar and Shinde wanted to create a sensor that could give data accuracy along with affordability.

Ramesh Gunja, a farmer working at the Sahyadri Farm, discussed the benefits of the sensor and how it proved helpful.

“We can understand the rain prediction and its percentage in advance and can prepare ourselves accordingly,” said Gunja. “This also helps us know the medicine to be sprayed on the crops.”

“We get the confidence before taking decisions to proceed with our work, and wastage can be avoided due to the rain. We can make sure that the right thing goes at the right time.”

The gross value added from crops within the agriculture sector across India stood at 57 percent in the fiscal year 2018. Figures showed a decreasing trend in the economic contribution of crops to agriculture. The value of gross value added that year amounted to nearly INR 13.31 trillion ($0.17 trillion), reports suggested.