As per the World Health Organization, over 340 million children and adolescents were classified as overweight in 2016.
By Zenger News Desk July 16, 2021
Facebook
Twitter
Linkedin
Email 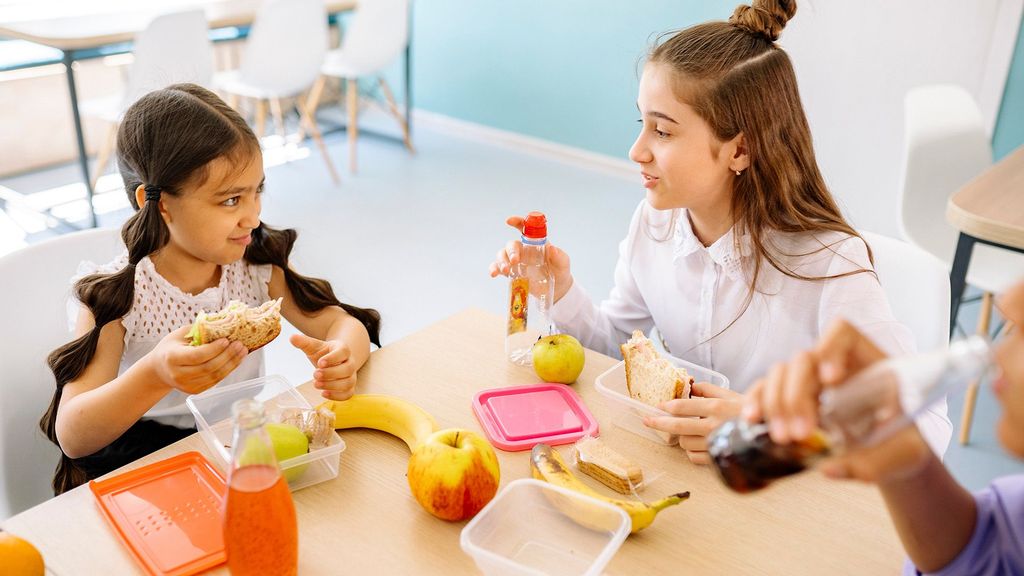 Incorporating evaluations of the healthiness of others' food choices can be a tool to fight unhealthy eating lifestyles. (Yan Krukov/Pexels)

WASHINGTON — As per a new study, incorporating evaluations of the healthiness of others’ food choices can be a tool to fight unhealthy eating lifestyles.

The findings of the study appeared in the journal “Child Development.”

As per the World Health Organization, over 340 million children and adolescents (aged 5 to 10 years old) were classified as overweight or obese in 2016, a statistic that has risen from 14 percent since 1975.

Childhood obesity is associated with a wide range of severe health complications and an increased risk of premature onset of illnesses, including diabetes and heart disease. Without intervention, children and young adolescents classified as obese are likely to remain so throughout adolescence and adulthood.

A new study titled “Early Adolescents’ Food Selection After Evaluating the Healthiness of Remote Peers’ Food Choices” conducted in the United Arab Emirates investigated whether asking early adolescents to evaluate the food choices of peers triggers reflective thinking that improves their food selection, even when the peers’ food choices are unhealthy.

The findings suggested that incorporating evaluations of the healthiness of others’ food choices can be a tool to fight unhealthy eating lifestyles. This study is the first to ask early adolescents to evaluate the food choices of “remote peers” (actual or fictitious children of the same age who are not physically present).

In this instance, the remote peers were fictitious students of the same age identified as coming from another school whose varied (healthy or unhealthy) food choices were shared in writing before the young adolescents participating in the study selected their food.

The findings were written by researchers at the American University of Sharjah, the University of Granada, Zayed University, University of St. Gallen, New York University Abu Dhabi, Center for Behavioral Institutional Design, and the Luxembourg Institute of Socio-Economic Research.

“We initially hypothesized that early adolescents who evaluate the healthiness of food choices of remote peers will make healthier decisions irrespective of the healthiness of the remote peers’ choice,” Ernesto Reuben, lead researcher, and professor at the Center for Behavioral Institutional Design at New York University Abu Dhabi said.

“Our second hypothesis suggested that asking young adolescents to evaluate the healthiness of the choices of remote peers will trigger more deliberative decision-making among 6th graders compared to 5th graders, because cognitive development even in the short span of one year may result in greater reliance on reasoned decisions made more slowly and thoughtfully, rather than intuitive decisions that are made impulsively.”

“Growth in reliance on deliberative decision making with age during early adolescence would mean that being asked to evaluate the food choices of a remote peer could have a higher impact on the healthiness of food choices of the older students compared to the younger ones.”

The week before the experiment, an email was sent to parents of participating students to inform them that they would not need to bring a snack for one of their school breaks on the day of the study. Participants were presented with four different food trays, each with five different food items of similar nutritional value evaluated by a nutritionist at the Burjeel Hospital in Abu Dhabi, United Arab Emirates.

Each adolescent was asked to select four food items from the trays. Before making their own food choices, they were informed about the four food items chosen by an unknown remote peer attending a different school participating in the experiment.

The findings indicated that the mere fact of being asked to evaluate a remote peer-led young adolescent’s choices to choose significantly healthier food, whether or not the peer’s food choice was healthy or unhealthy. In addition, even the slight age difference between 5th and 6th graders mattered. Evaluating the peer’s choices improved the healthiness of the food choices of 6th graders more than those of 5th graders.

“These findings show that making individuals think more deliberately affects their decision-making. Moreover, the stage of their cognitive development matters,” Francisco Lagos, professor of economics at Zayed University and the University of Granada, said.

“The findings also have important public health implications: having a better understanding of how young adolescents develop, evaluate, and subsequently make food choices can help us design effective strategies to improve people’s eating habits while they are young.”

The authors acknowledge that the adolescents in the study made their decisions without social interaction, whereas adolescents often make food choices in social contexts.

In addition, study participants were provided popular, everyday healthy food items such as fruit, but not healthy options sometimes considered less attractive, such as green vegetables.

Participants were also from relatively affluent and educated families in which adults may be more likely to emphasize the benefits of healthy eating.

The findings are based on specific age cohorts and may not apply to younger adolescents with less capacity for deliberative thinking. Finally, one of the main challenges in improving eating habits is finding long-term effects, and this study evaluated only short-term results.