Australian expats living in Thailand say they are insulted by their embassy’s Facebook joke about coronavirus vaccines. 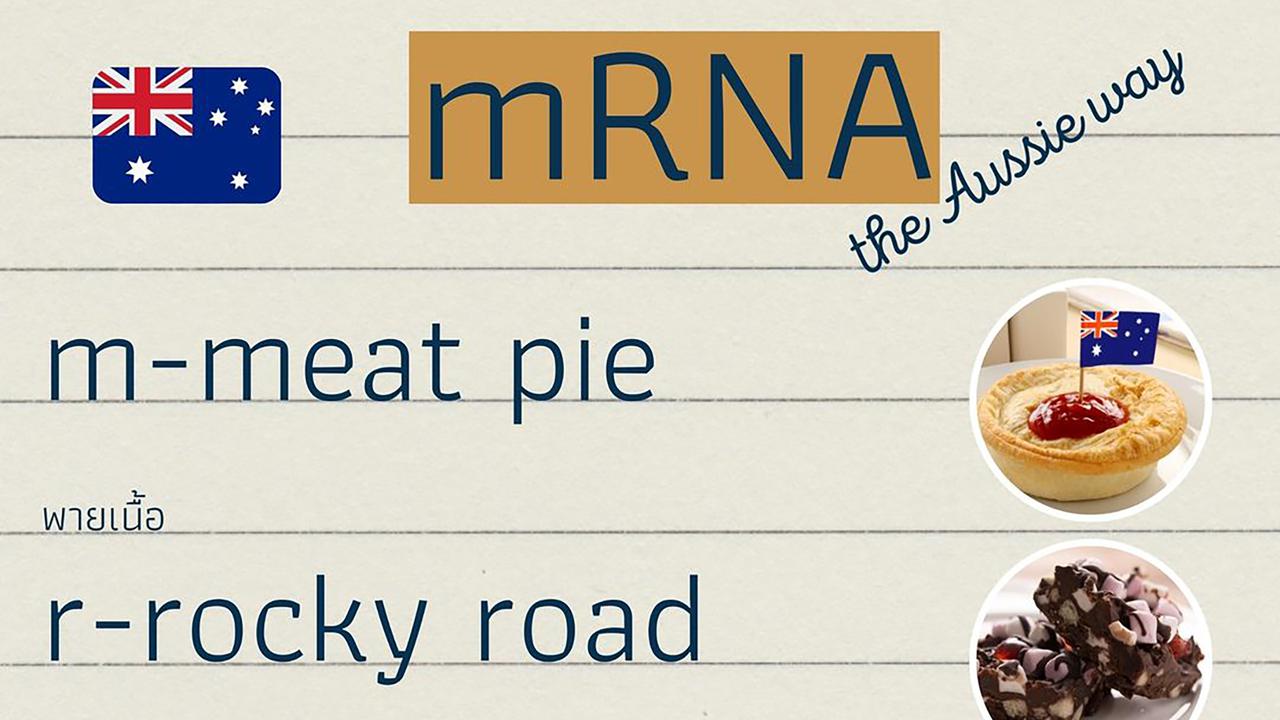 Australian expats living in Thailand say they are insulted by their embassy's Facebook joke. (AAP Image)

CANBERRA, Australia — Expats have branded a tongue-in-cheek Facebook joke about coronavirus vaccines by Australia’s Thai embassy as “insulting” and “ridiculous.”

“While acronym could mean different things for different people, here’s what our page see what mRNA stands for and that’s the Australian much-loved food and snacks,” the post read.

Sam Needham, a schoolteacher from the South Australian city, Adelaide, living in the capital of Thailand, Bangkok, said the post was frustrating and inconsiderate.

“It angered me as it is a very touchy situation,” he said. “We are living in a global pandemic, which is stressful in itself.”

“There are over 9000 cases per day in Thailand at the moment, and as an Australian, we have not received any support or even a ‘we are inquiring about getting our citizens vaccinated.’”

Needham said he was lucky enough to be vaccinated through the private school he taught at.

Another expat, Steve Pettman, said Australians had been left to their own devices to source vaccines.

“I, and I am sure others, have felt that post by the embassy was insulting and ridiculous,” he said.

“It is very frustrating here in Thailand with the total lack of support offered by (Australia’s) embassy.”

Pettman is a former South Australian paramedic living with his partner in Phuket.

He has received his first vaccine through the Thailand government as part of a program to revamp tourism in the area.

“It is such a different story for Aussies living anywhere but in Phuket,” said Pettman.

“We are very grateful for the Thai government including us in their free vaccination program.

“Most Australian friends I know here have done all the leg work themselves to try and get on a vaccinated list or register.”

Thailand remains a popular tourist and transit destination, with over 830,000 Australians visiting the country in 2014 alone.

Australia and Thailand have longstanding and deep connections. Formal diplomatic relations were established in 1952, as per reports by the Australian Government, Department of Foreign Affairs and Trade.

“Australia and Thailand cooperate in a broad range of areas of mutual interest, including trade and investment, defense, law enforcement, counter-terrorism, education, agriculture, migration, and tourism,” states the report.

Gun Runner: Gunman Ran Down 2 Cops And Kidnapped Another While Fleeing Arrest