Health authorities are waiting to see the origins of three new Covid-19 cases that could send the southeast into another lockdown. 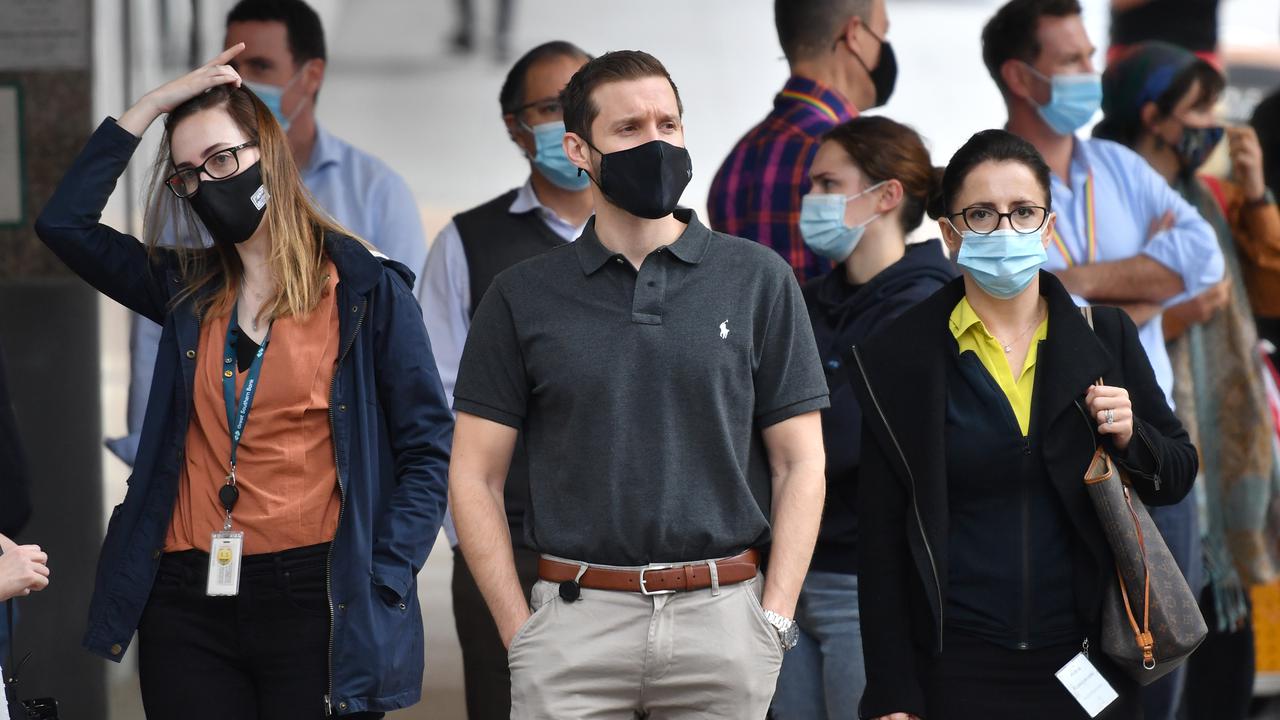 Masks are mandatory for another week in southeast Queensland as the state battles Covid outbreaks. (Darren England/AAP Image)

BRISBANE, Australia — Two weeks after the last lockdown ended in Brisbane, health authorities are racing to work out the DNA sequence of new Covid-19 cases that further public health orders hinge on.

State Chief Health Officer Jeannette Young has warned the state is at serious risk after three new locally acquired cases of Covid-19 were reported on July 15.

She’s most concerned about a worker at Brisbane International Airport, who completed three-night shifts on July 12, 13, and 14 while she was infectious and was also very active in the community.

The other two cases are a boy, aged 12, who returned from the United States and completed a stint in hotel quarantine in Sydney with his mother before flying to Brisbane on Qantas flight 544 on July 9.

The boy has since tested positive, as has his father, who works on the Sunshine Coast. His mother has returned a negative result so far but is in hospital with her child as a precaution.

Young suspects Queensland is dealing with at least one, and possibly two, entirely new outbreaks that are not linked to the cases that sent southeast Queensland and Townsville into a snap three-day lockdown just over a fortnight ago.

She is waiting on genomic sequencing that should reveal the origins of the three latest infections.

A letter to parents with children at the Villanova College in the Coorparoo suburb of Brisbane warned a parent of one who student had tested positive.

That student is being tested and is isolating as a precaution, the letter said, but Queensland Health has not instructed the school to take any further action at this stage.

Premier Annastacia Palaszczuk has told residents of the southeast that masks will help keep them out of what would be a fourth lockdown this year. Masks will be mandatory for another week, until July 23.

In the case of the airport worker, they include the Brisbane International Airport, the Woolworths and Chemist Warehouse at Annerley,

In the case of the boy and his father, the sites include Qantas flight 544 on July 9, the Aspley Medical Centre where the child was tested, and the father’s workplace, Rowland Financial Advisory Service, at Cotton Tree on the Sunshine Coast.

Meanwhile, the premier has again urged Queenslanders not to travel to New South Wales or Victoria, and if they are there, and can safely do so, to return home now to avoid the prospect of being locked out, should the border close.