Pakistan initially said the accident was due to “gas leakage” but China said it was a “bomb blast”. 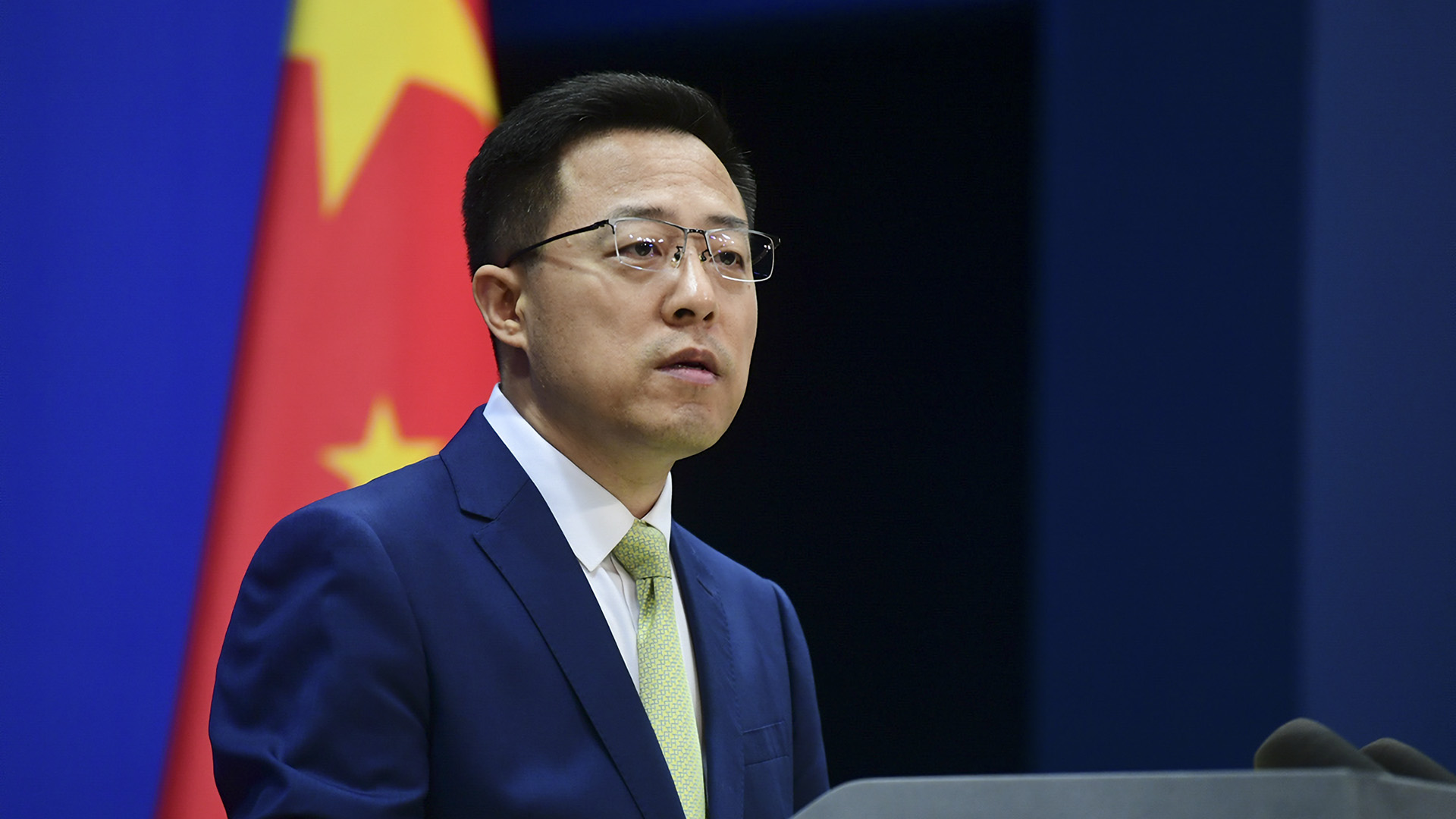 Chinese foreign ministry spokesperson Zhao Lijian on July 15 announced that the country is set to send a cross-department workgroup to assist Pakistan on the case. (Lijian Zhao 赵立坚, @zlj517/Twitter)

BEIJING — An important meeting of the China Pakistan Economic Corridor (CPEC) that was scheduled to be held on July 16 was postponed by Beijing following a bus blast in the Pakistani province of Khyber Pakhtunkhawa.

In a tweet, Major General Asim Bajwa, head of the China-Pakistan Economic Corridor and the former spokesperson of the Pakistan Army, informed that the meeting will now happen after the festival of Eid.

“JCC-10 meeting on #CPEC which was scheduled to be held on July 16, has been postponed to a later date after Eid,” tweeted Bajwa. “Fresh date will be shared as finalized. Meanwhile, preparations continue.”

Pakistan initially said the accident was due to “gas leakage,” but China said it was a “bomb blast.”

The incident took place on July 14 in the Dasu area of Upper Kohistan district of the restive Khyber Pakhtunkhwa province, where Chinese engineers and construction workers are helping Pakistan build a dam, which is part of the $60 billion China-Pakistan Economic Corridor.

At least 13 people, including nine Chinese nationals and two frontier corps soldiers, died, and 39 others were injured when the bus carrying Chinese engineers and workers to the site of the under-construction Dasu Dam exploded.

Meanwhile, China has decided to step in to assist its ally in probing the matter. Chinese foreign ministry spokesperson Zhao Lijian on July 15 announced that the country is set to send a cross-department workgroup to assist Pakistan on the case.

“China has asked Pakistan to lose no time in conducting a thorough investigation into the incident that caused heavy Chinese casualties to ensure the safety of Chinese personnel, institutions & projects,” tweeted Lijian. “A joint working group will set out today to help with relevant work.”

“Initial investigations into the Dassu [Dasu] incident have now confirmed traces of explosives. Terrorism cannot be ruled out, and the PM is personally supervising all developments. In this regard, the government is in close coordination with the Chinese embassy, and we are committed to fighting the menace of terrorism together,” tweeted Fawad Ahmed Chaudhry, Pakistan’s federal minister for information and broadcasting, on July 15.

However, hours later the incident, the Pakistani foreign ministry issued a statement, calling the incident an accident caused by a mechanical failure, resulting in a gas leak that triggered the explosion.

Night of July 16, the Chinese Ambassador to Pakistan Nong Rong visited the injured in the hospital. Nong also urged that the truth of the incident be found, and he called for severe punishment for anyone responsible.

The Chinese probe is being allowed despite the fact that the Imran Khan government has repeatedly stated that it won’t allow foreign security set up on its land.

It is to be noted that the Imran Khan-led Pakistan government has constantly been rejecting the idea of allowing foreign forces on its land. The US appeal to set its military bases to the country amid the withdrawal of its troops from war-torn country Afghanistan had also been dismissed by the country’s Prime Minister repeatedly.