Victorians are waking up to yet another lockdown, with Premier saying little could be done to nip the New South Wales outbreak.
By Benita Kolovos and Callum Godde July 16, 2021
Facebook
Twitter
Linkedin
Email 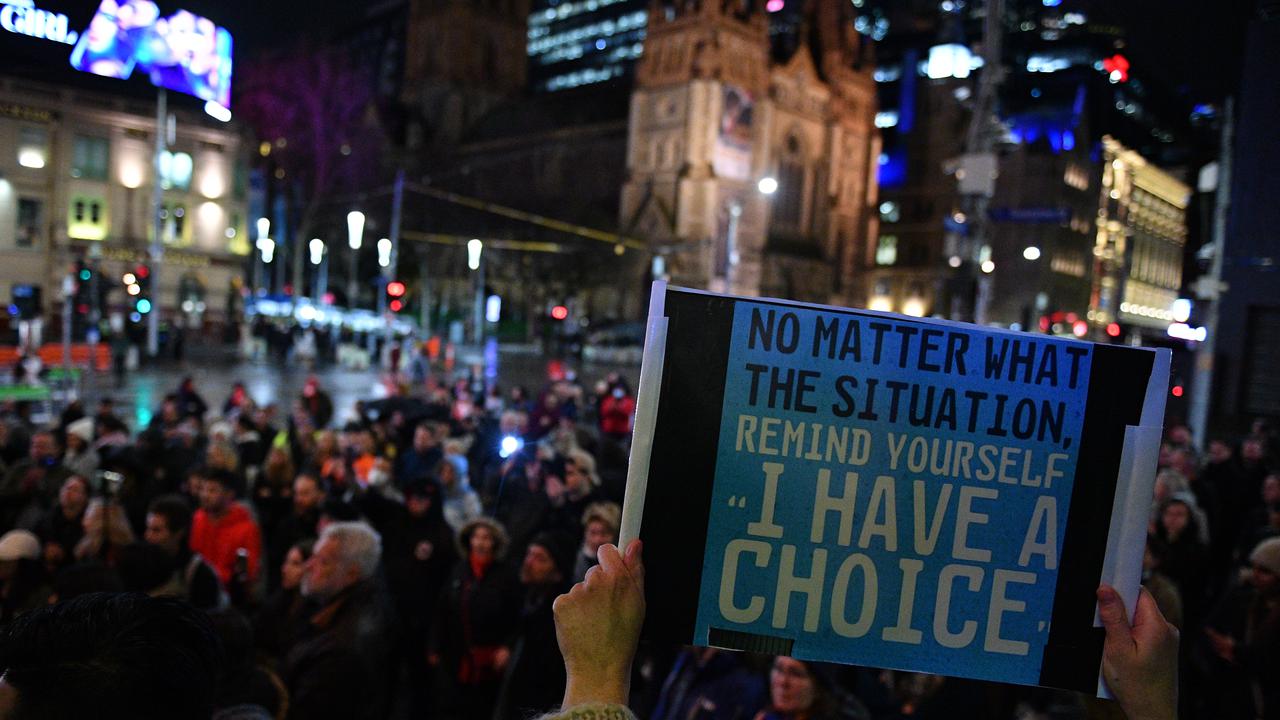 More than six million in the state again found themselves living under stay-at-home orders from just before midnight on July 15 to curb a growing outbreak of the Covid-19 Delta variant.

The same rules that applied during last month’s lockdown have been reimposed, including a 5 kilometer (3.1 miles) travel limit for exercise and shopping and compulsory masks indoors and outdoors.

Andrews said the state’s contact tracers were moving faster than ever but haven’t been able to keep up with the spread of the highly infectious Delta variant.

“We’ve got no choice. We don’t want this getting away from us and being locked down for months,” he said.

Despite describing it as a “short, sharp” lockdown, the premier did not rule out extending the shutdown beyond 11.59 pm on July 20.

“It may be longer because it depends on what every Victorian does,” Andrews said, adding some parts of regional Victoria could be freed earlier if it is deemed safe.

Several hundred people gathered outside Flinders Street Station on the night of July 15 to protest the latest lockdown, listening to speeches and chanting “sack Dan Andrews”.

A flare was lit as they marched to parliament. Police confirmed no arrests were made.

It came after Victoria recorded two additional locally acquired Covid-19 cases on the afternoon of July 15, taking the number of community cases associated with the separate Sydney-linked outbreaks to 18.

Most of the cases are connected to New South Wales removalists who breached their worker permit conditions and spread the virus during a drop-off at the Ariele Apartments in Melbourne late last week.

A Victoria Police spokesman said it was helping to establish the three-person crew’s movements as part of a health department investigation.

Andrews would not be drawn on whether Victoria’s lockdown could have been avoided if Sydney had locked down sooner.

“I can’t control what happens and doesn’t happen in New South Wales,” he said.

“These cases started in NSW, but I’m determined they will end here.”

The final straw for authorities was three cases of suspected “stranger-to-stranger transmission” at the Australian Football League match between Carlton and Geelong at the Melbourne Cricket Ground on July 10.

A positive case also attended an international rugby clash between Australia and France at AAMI Park (Melbourne Rectangular Stadium) on the night of July 14, with stadium management working with health officials to identify close contacts.

There are more than 110 exposure sites dotted across Melbourne and regional Victoria, including the Melbourne Cricket Ground and several stores at Chadstone shopping center.

Meanwhile, the state government has flagged it could announce a lockdown business support package as early as July 16.

The federal government said on the night of July 15 it would provide income support through the Covid-19 Disaster Payment scheme for people who work or live in Greater Melbourne, Moorabool Shire, City of Greater Geelong, Borough of Queenscliffe, and Surf Coast Shire — areas declared Covid-19 Hotspots for the purposes of Commonwealth support.