Another American recon plane forced away from the Russian border. 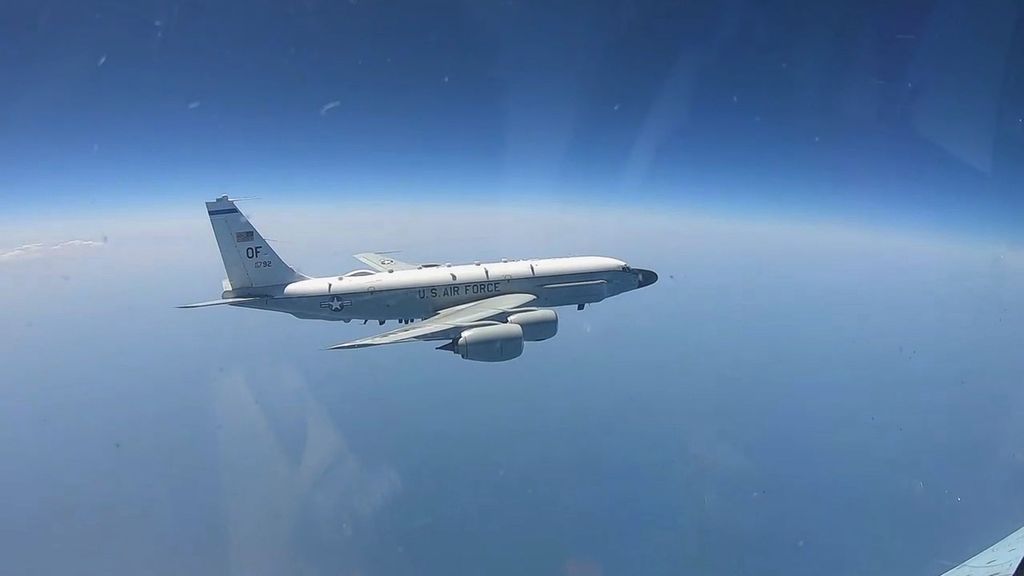 The strategic RC-135 Intelligence aircraft of the U.S. Air Force was escorted by Russian aircraft over the neutral waters of the Black Sea on July 14. (@mod.mil.rus/Zenger)

A Russian Sukhoi Su-27 fighter jet intercepted a U.S. reconnaissance plane over the Black Sea and escorted it away from the Russian border amid rising tensions between the two countries. It’s the second such incident in the region in as many days.

The footage of the most recent encounter, on July 14, was posted on social media by the Russian Federation’s Ministry of Defense.

The crew on board the Russian fighter identified the aerial target as a Boeing RC-135 strategic reconnaissance aircraft of the U.S. Air Force and escorted it over the Black Sea, according to the Russian ministry.

The Russian authorities said the U.S. plane was escorted away before it reached the border.

“On July 13, 2021, an air target approaching the state border of the Russian Federation was detected over the Black Sea by radar control of the airspace of the duty air defense of the Southern Military District,” department said in a social media post.

“To classify the air target and prevent violations of the state border of the Russian Federation, an air defense forces Su-30 fighter of the Southern Military District was airlifted.

“After the foreign military aircraft turned away from the state border of the Russian Federation, the Russian fighter returned safely to the home airfield.”

Russia’s National Defense Control Center said that the “flight of the Russian fighter was carried out in strict accordance with the international rules for the use of airspace.”

Neither NATO nor the U.S. Air Force issued public statements on the Russian military’s moves.

The two incidents come amid rising tensions in the Black Sea region between NATO (which includes the U.S.) and Russian forces.

The area has been a hotspot since Russia’s annexation of Crimea in 2014.

Russia’s capture of the region from Ukraine gained the country a stronger footing in the Black Sea region, along with its existing naval base in Sevastopol.