Pastures have dried up, so cattle, sheep and camels have to survive on shredded cardboard.
By Andreea Tabarcea July 15, 2021
Facebook
Twitter
Linkedin
Email 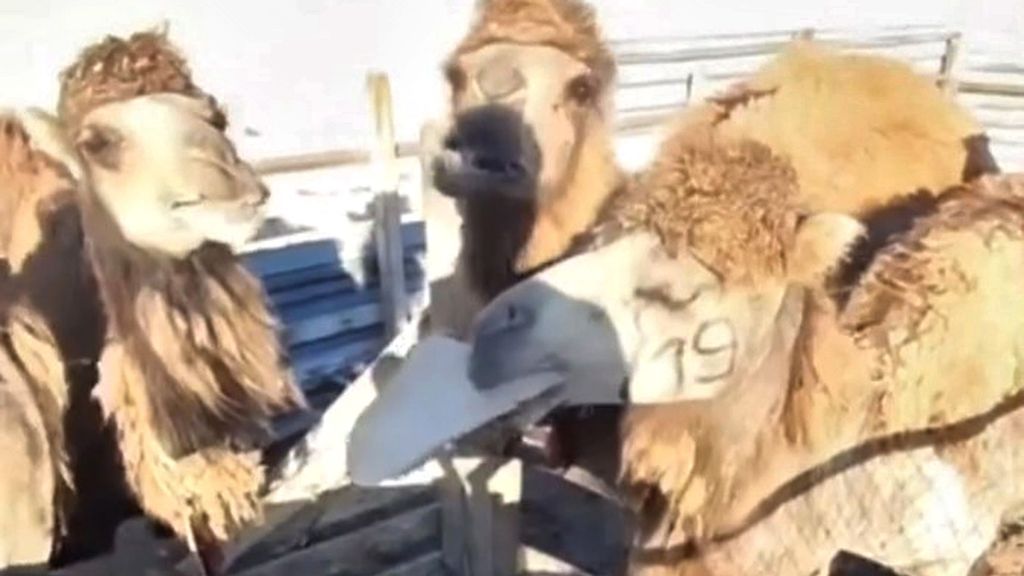 Extreme heat has dried up pastures in drought-hit Kazakhstan, a former Soviet republic in central Asia, leading farmers to feed cardboard to cattle and other livestock.

The situation is so dire that on July 10 Kazakh President Qasym-Zhomart Toqaev fired his agriculture minister, Saparkhan Omarov, for failing to do enough to help farmers cope.

As politicians bicker over whether they can afford to help farmers who have lost cattle, video footage and photos have driven the national debate to a new level of panic.

Azamat Sarsenbayev, a blogger from the Caspian Sea town of Aktau, shot photos in Akshymyrau village in the Mangystau province, and shared them July 13 on Facebook.

In one of the pictures, a farmer’s wife is seen making a cardboard snack for the family’s sheep.

“To save fodder, small farms soak the cardboard in water and after it gets wet, the soft cardboard is mixed with bran and anything else they have to hand,” Sarsenbayev wrote. “This trick is as old as the world.”

Camels are ruminants with four stomachs, like cattle, sheep, goats and giraffes. They regurgitate their food before chewing it again, which allows them to eat thorny or sharp plants that other animals can’t digest. Their eating habits also help them withstand harsh desert environments.

Cardboard is made from cellulose which ruminants can digest, unlike humans. It is not clear how much nutritional value it may have.

But with much of Kazakhstan mired in water shortages, improvised animal feed is being seen far beyond the Mangystau region, an area roughly the size of Wisconsin.

Kazakh officials reported last month that more than 2,000 animals had died from a lack of food and water, many in Kyzylorda province.

Farmers in neighboring Kyrgyzstan have staged protests over the lack of water for irrigation. In Uzbekistan, authorities began rationing water in the city of Samarkand to prevent the crisis from deepening.

The Kazakh government has confirmed that volunteers are mobilizing and bringing foodstuffs to affected regions.

Nearly a decade of drought conditions plagued Mangystau until 2016, when rains returned to revitalize prairies that shepherds have worked since the 10th century. The downpours also washed out roads and created muslides and floods.

Research published in late 2020 and funded by the National Natural Science Foundation of China indicated that more than seven out of every 10 acres in Kazakhstan is in danger of becoming desert land. Scientists warned, however, that aggressive cattle grazing was also contributing to desertification in most of the country.