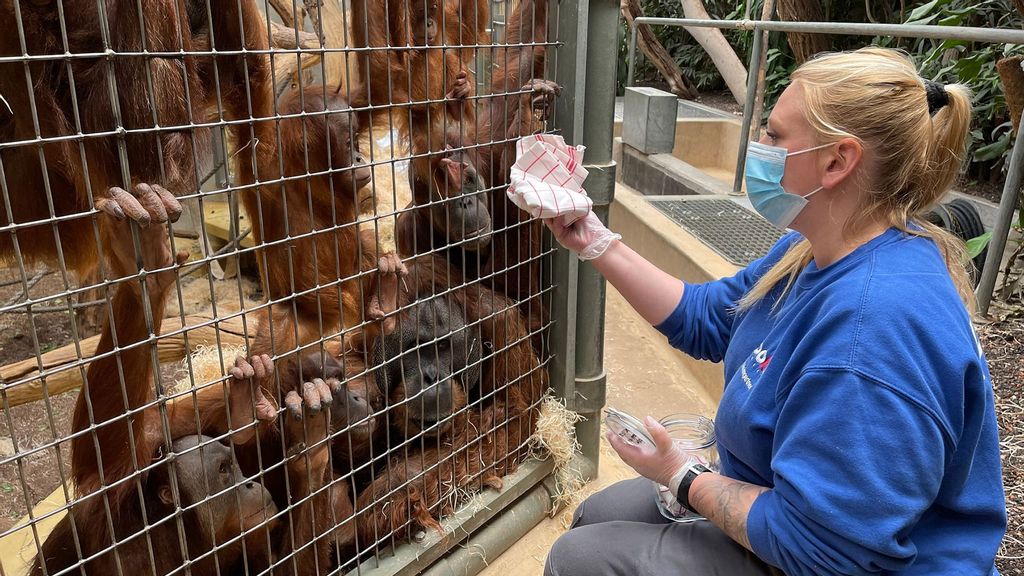 A Swiss zoo has provided odor samples from over 30 animal species to help federal customs train sniffer dogs to tackle a growing trade of endangered animals.

Zookeepers from the Zurich Zoo, located in the Swiss capital, collected the samples to help train the dogs to identify the animals and their body parts.

“Species protection is one of the basic tasks of a modern zoo. Supporting the customs administration with odor samples is one piece of the puzzle,” said Zoo Director Severin Dressen.

He also said the zoo’s conservation activities and its breeding programs aimed to save endangered species are another important element.

“In the best-case scenario, we can return animals bred in the zoo to nature,” said Dressen.

In order to train the detection dogs, the FCA uses a simple technique involving cloths with the animals’ scent. That helps the dogs develop their knowledge of new smells they need to be able to identify.

According to the FCA, after the dogs undergo the training process, they are able to fully identify and recognize the animal species whose scent they were instructed to detect.

In addition, if a sniffer dog has been trained to smell antelope hair, it will also be able to detect shahtoosh, which is a fine type of wool made from the hair of the Tibetan antelope whose manufacture and trade are illegal.

Specialists use positive reinforcement to train sniffer dogs and give the animals a reward if they correctly smell the provided sample.

The trained dogs are then used to monitor airport terminals, post offices and large shipping companies in accordance with the CITES (the Convention on International Trade in Endangered Species of Wild Fauna and Flora, also known as the Washington Convention), which is a multilateral treaty to protect endangered plants and animals.

The convention was drafted as a result of a resolution adopted at a meeting of members of the International Union for Conservation of Nature (IUCN) in 1963 and entered into force in 1975.

Finally, if the sniffer dogs discover endangered species and the customs office detects there are no relevant documents to confirm they are legally transferred, the animals are reported to the customs vet service and temporarily brought to the Zurich Zoo.

United Nations Office on Drugs and Crime says the trafficking of wildlife is both a specialized area of organized crime and a significant threat to many plant and animal species.

Elephants, pangolins and rhinos, as well as rosewood, have been the most trafficked wildlife fauna and flora on the illicit markets over the past years, according to the U.N. 2020 World Wildlife Crime Report.

Big cats, raptors, eels, tortoises, freshwater turtles, and corals were also illegally traded. Suspected traffickers of some 150 citizenships have been identified, showing that wildlife crime is a global issue.