A planeload of US military personnel has been deemed close contacts of a Covid-19-infected serving member of the US Army. 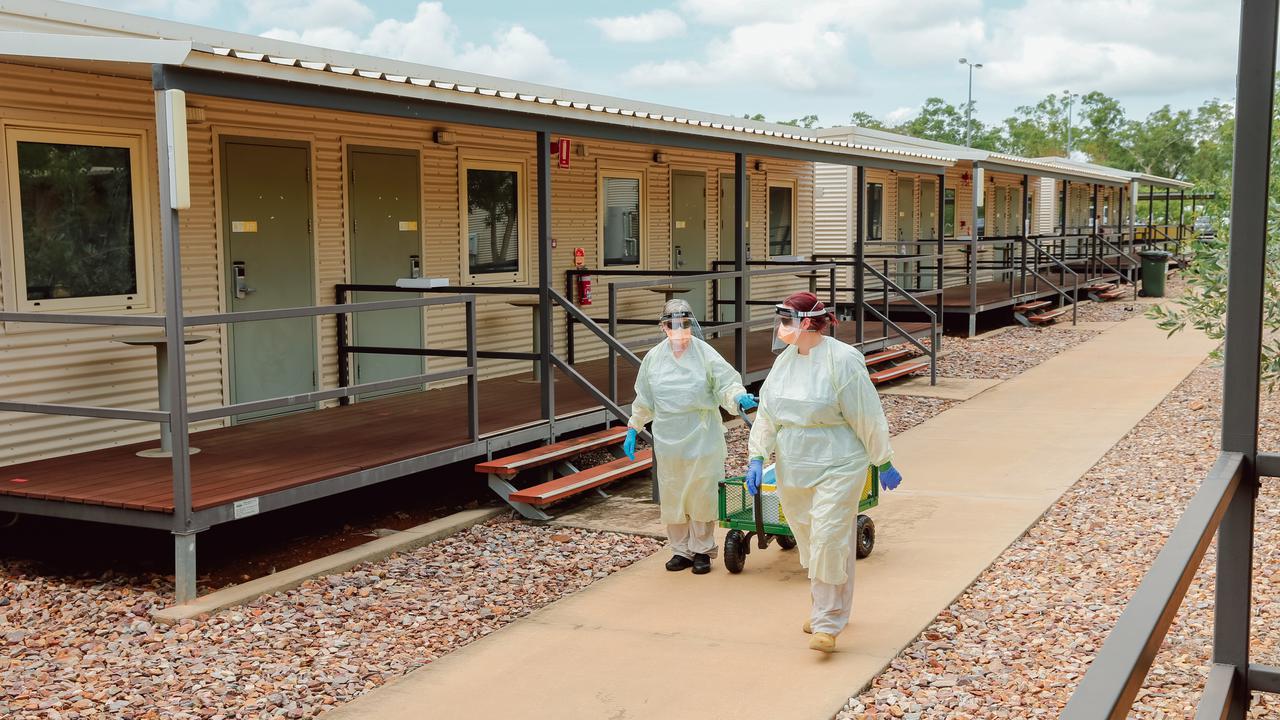 A Covid-infected member of the US Army has been taken to the Howard Springs facility in the Northern Territory. (Glenn Campbell/AAP Image)

CANBERRA, Australia — A planeload of the United States military personnel in the Northern Territory of Australia has been declared close contacts after a fellow passenger tested positive for Covid-19.

The infected woman, a serving member of the US Army, arrived in the capital city of Northern Territory, Darwin, on July 8 before being diagnosed with the virus.

The 22-year-old is one of about 9000 foreign service personnel in Australia for the Talisman Sabre 2021 military war games, which started on July 14.

She was quarantined at the US Marine-leased Bladin Village workers camp, 36 kilometers (22.4 miles) south of Darwin, with about 1000 other US servicemen and women when she tested positive.

According to the Northern Territory Health Department, the woman has since been moved into the red zone at the Centre for National Resilience in Howard Springs, with her fellow passengers now considered close contacts.

“All personnel that traveled on the aircraft with the US Army member that tested positive are being treated as close contacts,” said a spokeswoman.

“They are undertaking quarantine procedures at Bladin Village, including daily checks.”

A Defense spokesman said the woman did not come into contact with the community while infectious.

“Talisman Sabre 2021 military war games is the largest bilateral combined training activity between the Australian Defense Force and the United States military,” said the Australian Government, Department of Defense in a statement.

“It is designed to test our respective forces in planning and conducting Combined and Joint Task Force operations and improve the combat readiness and interoperability between Australian and US forces.”

Occurring every two years, Talisman Sabre reflects the closeness of our alliance and the strength of our enduring military relationship. The majority of the mock war games are scheduled to take place in the northeastern state, Queensland, and off the east coast of Australia.

International forces entering Australia are subject to the exact requirements as any international arrival, including pre-departure screening and testing, mandatory 14-day individual quarantine, and returning a negative Covid-19 test result before exiting quarantine.

“Other foreign troops have been billeted to Brisbane hotels.”

Northern Territory Health and Defense declined to answer how many service personnel was on the affected flight.

“States and Territories may introduce additional measures, such as enhanced testing, to control community transmission of infection if it occurs. It may be important that these additional measures are localized to a town, region, or larger geographical area depending on the circumstances.”