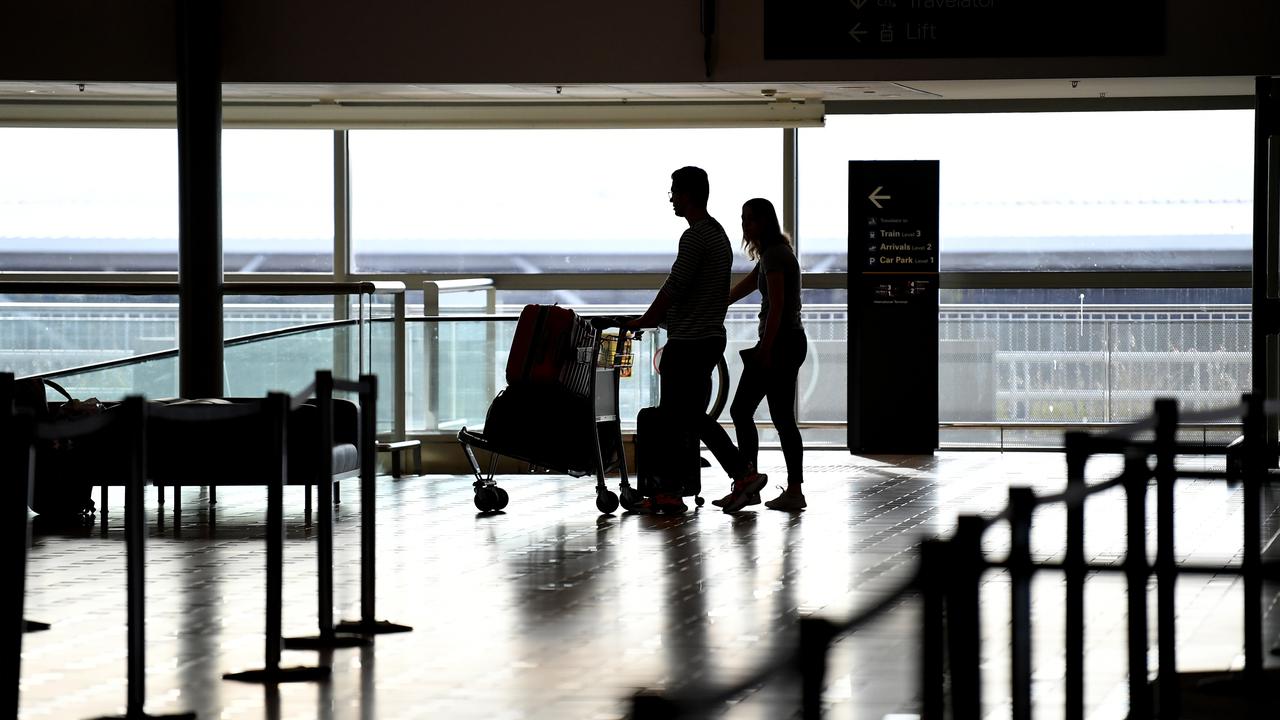 A 12-year-old boy has tested positive after returning to Queensland via Sydney and the US. (AAP image)

Premier Annastacia Palaszczuk says the three cases include a 12-year-old boy who flew into the state from Sydney on July 9 and his father.

A fully vaccinated Brisbane Airport worker has also tested positive, which is a major concern for authorities.

Palaszczuk said a face mask mandate due to end on July 16 for 11 local government areas will be extended for another seven days in a bid to avoid a lockdown.

“I am sure everyone is sick and tired of wearing masks, they are uncomfortable, but they are extremely important and if everyone continues doing it, coming forward and getting tested, then hopefully we won’t be required to go into a lockdown,” she said.

“That is the thing that we all absolutely want to avoid.”

State Chief Health Officer Jeannette Young said the boy had traveled to the United States and arrived back in Australia via Sydney Airport on June 21 with his mother.

He was quarantined for 14 days there before flying with his mother to Brisbane on Qantas flight 544 on July 9.

The boy is believed to have transmitted the virus to his father after arriving home at Newport on Brisbane’s Bayside. The mother has tested negative so far but is now in hospital with her son.

Young said it’s uncertain whether the boy picked up the virus in hotel quarantine in Sydney or elsewhere.

The father worked at an office on the Sunshine Coast on July 14, but Young believes the family have not visited many other venues in the southeast.

Young said the third case in a female airport worker is more concerning because she is fully vaccinated with Pfizer, and worked three night shifts on July 12, 13, and 14 while infectious.

“I don’t know exactly where they work at the airport, we will have to go through all of that and work out where she’s been,” she said.

The chief health officer is waiting for genomic testing to find out what strains of Covid-19 the three cases have contracted, and where they picked up the virus.

“I’ll get confirmation later today, but I suspect they are unrelated to all of our other cases, these are new outbreaks,” Young said.

Meanwhile, the health chief has revealed that South Korea informed Queensland Health about a person who was potentially infectious in Ipswich (southwest of Brisbane) and Brisbane on July 9.

A public health alert was issued on the night of July 14 for venues at North Ipswich, the Inala suburb of Brisbane and at the Brisbane Airport — all for July 9.

Young said it’s uncertain whether the man was actually infectious as he tested positive upon arrival in South Korea.

“We don’t know any of that because the gentleman is not here now,” she said.

Premier Palaszczuk has urged Queenslanders in Victoria and New South Wales to consider returning to the state amid outbreaks in both states.

The premier said people planning trips to the southern states should reconsider their need to travel at all.

“I cannot be clearer. We are seeing these little spot fires happening across the nation and we need to make sure we get this under control,” she said.