In the photo, Aaryan can be seen flaunting his long and messy hair, his colored nails, and a funky wrist tattoo.
By Zenger News Desk July 15, 2021
Facebook
Twitter
Linkedin
Email 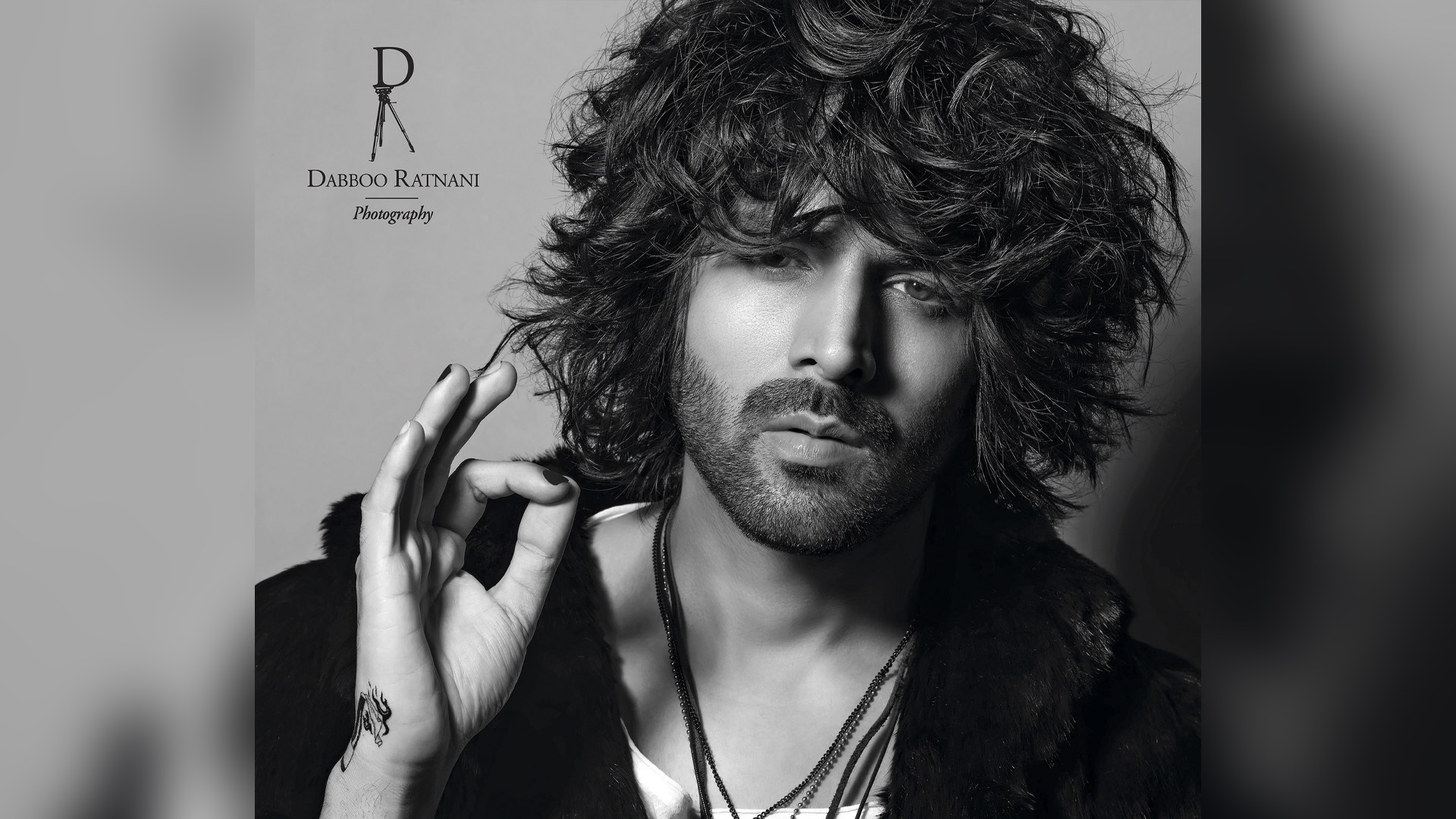 MUMBAI, India — One of the most awaited pictures of Kartik Aaryan from Dabboo Ratnani’s 2021 calendar was unveiled on July 14.

Taking to his Instagram handle, the “Pati Patni Aur Woh” actor unveiled his black-and-white picture from the annual calendar.

Through the smoldering picture, Ratnani has successfully raised the bar by bringing out the bad boy avatar from the “sweet boy” image of Aaryan.

In the stunning snap, the actor can be seen flaunting his long and messy hair. Not to miss are his colored nails and a funky wrist tattoo. The metal pendants, fur coat, and sharply trimmed beard add more charm to his look.

Many fans and friends reacted with love and shared comments on Aaryan’s new photograph.

“You are sexy, and you know it,” commented producer Shareen Mantri Kedia.

“Number one… more many to come,” a user commented.

The picture comes a day after Aaryan posted a photo of himself and teased his fans and admirers about his photoshoot. He is seen dressed in the same ensemble, but the audience cannot see his face.

Before unveiling the third consecutive shot for Ratnani’s calendar, Aaryan featured in an Instagram live with the ace photographer revealing details behind his “Number One” shot.

When asked what he would name this year’s calendar picture, Aaryan said this has been his best click and would term it as “Number One.”

Opening up about his bond with Ratnani, Aaryan took a look back at his clicks with the photographer. The star also revealed that featuring on Ratnani’s calendar has been on his bucket list, and he is grateful to be able to tick it off thrice in a row.

The actor has earlier appeared twice on Ratnani’s calendar. The first featured shot had him lying on the bed with two cats. While in the second one, the actor was seen in three different looks, standing side-by-side.

On the work front, Aaryan had recently announced his new film, “Satyanarayan Ki Katha,” the title of which will now be changed to avoid hurting any sentiments. The movie marks his first collaboration with Sajid Nadiadwala.

Aaryan will also be seen in “Bhool Bhulaiyaa 2” alongside Tabu, Advani, and Rajpal Yadav in pivotal roles.

Apart from that, he will also star in Ram Madhvani’s directorial “Dhamaka.” Earlier, the “Pyaar Ka Punchnama” actor also made headlines when reports speculated that “Dostana 2” makers dropped him from the film.