Green Tea: The Asian Herb That Came To The Americas

Nutritionists tout its many health benefits and adapt it to all type of diets. 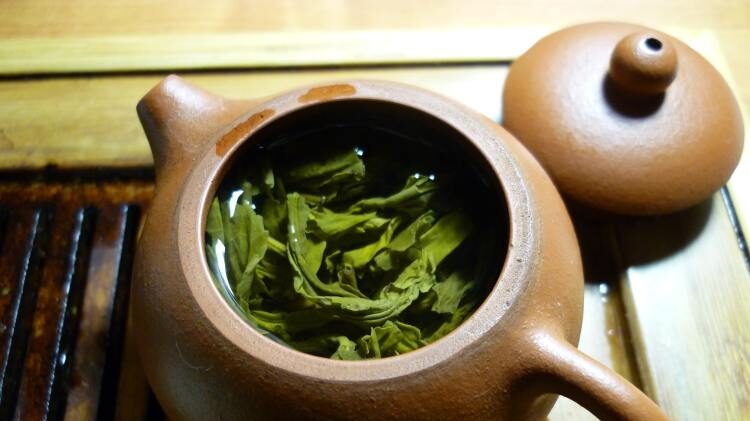 Though it is native to Asia, the herb is now common in almost all countries. (Arseniy Kapran/Unsplash)

Green tea is an easy-to-prepare beverage obtained from an Asian herb widely available in the Americas.

It is common in most Latin American and United States supermarkets. Green tea is popular because it has positive effects on the body and provides a comforting sensation whenever someone drinks it.

“It is a powerful antioxidant, a mild stimulant. It improves the functioning of the brain. At the same time, it favors the combustion of fats and improves physical performance,” said Eduardo Meléndez, a nutrition graduate from the Anahuac University, Campus Xalapa, in Veracruz.

“Other benefits that make tea attractive is that it reduces the risk of certain types of cancer, prevents cardiovascular diseases and other ailments,” he said.

Though Latin Americans have recently discovered the many benefits of tea, the plant has a long history in Asian cultures for more than 5,000 years.

Despite its numerous benefits and how prevalent it is in the vast majority of countries, only a few nations produce this herb, including China and India. Though they are its primary producers, nations such as Sri Lanka, Kenya, Indonesia, Turkey, and Japan also produce copious amounts of tea.

Green tea is one of the favorite food items for nutritionists because it lacks calories, fat and carbohydrates — as long as it remains unsweetened. In addition, it has vitamins and minerals, such as manganese, fluoride, zinc and copper.

“I base my customer’s diets on their medical records. I usually include green tea in their diets as a daily drink,” said Meléndez. “For example, in the case of female models and men who want to look good themselves, I always recommend it in their diet.”

Nutritionists include the drink in daily diets, as green tea is a powerful antioxidant as its chemical compounds stimulate the body’s metabolism and help people burn their fat reserves.

“It can be included in specialized diets for diabetic people and in those who are recovering from chemotherapy,” said Meléndez.

Patients appreciate how easy it is to prepare and all the benefits that tea provides.

“I used to drink it daily because a friend recommended it to me to help me fast. Imagine my surprise when I went to a nutritionist who also recommended the beverage!” said Carolina Paredes, a nurse at the Heroica Escuela Naval (Heroic Naval School) in Mexico.

“It is also cheap,” said Paredes. “There are several brands in the supermarkets that sell it in boxes. I enjoy it due to my physical activity and diet. I started to read about its many benefits, and now it is one of my go-to drinks.”