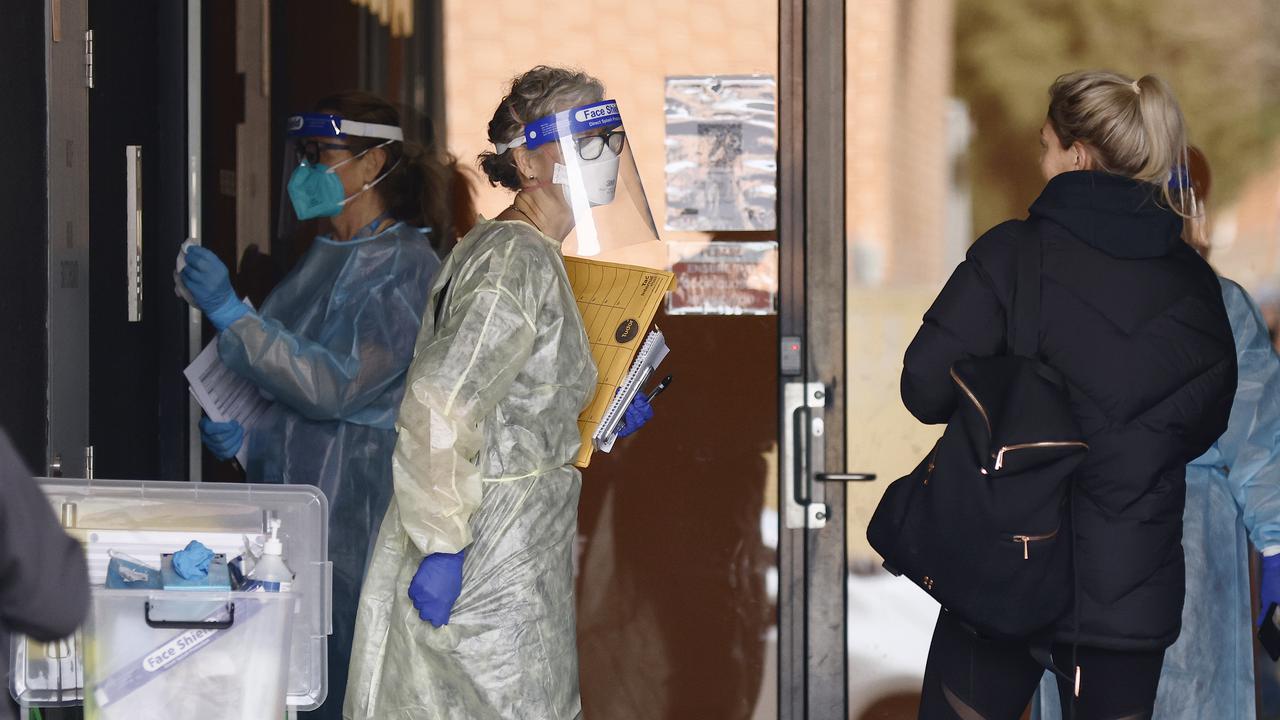 From July 15, anyone aged over 12 will be required to wear a mask in all indoor settings, including schools and workplaces, unless an exception applies.

Discussions to reimpose other restrictions such as caps on crowd limits and visitors permitted in homes could be in the works, though a decision is yet to be made.

It comes as 11 new cases of Covid-19 emerged in Melbourne’s north and west on July 14 from two separate outbreaks, both of which stem from New South Wales.

Ten of the cases will be included in July 15’s daily figures.

A teacher from Bacchus Marsh primary school is among the new cases, having reportedly attended an Australian Football League match at the Melbourne Cricket Ground on July 11 with an infected friend who lives at the locked-down Ariele Apartments in the western Melbourne suburb of Maribyrnong.

The friend, aged in his 60s, is one of four residents of the apartment to test positive on July 14.

He also infected his parents, aged 89 and 90, who live in Craigieburn, a suburb in north Melbourne.

Bacchus Marsh Grammar has confirmed the infected teacher attended a staff day on July 12 but had no contact with students on the following two days.

Staff have been told to self-isolate and get tested, while two of the school’s campuses west of Melbourne will be closed for the rest of the week.

Barwon Heads Primary School near Geelong, a port city southwest of Melbourne has also been closed until further notice after a case of Covid-19 was reported.

Another new case is a man in his 30s who attended Coles Craigieburn at the same time as a member of a family who recently returned from Sydney infected with Covid-19.

The family of four from Melbourne’s northwest were required to self-isolate at home as red zone permit arrivals, but one visited the Coles and a Metro petrol station in Broadmeadows.

All have now tested positive, with the fourth infection confirmed on July 14.

The Ariele Apartments outbreak is linked to a New South Wales removalist crew who did a pick-up at the complex on July 8 while infectious, forcing 200 residents into 14 days of lockdown.

Covid-19 Commander Jeroen Weimar said the three removalists, two of whom have tested positive, weren’t wearing masks, in a breach of their worker’s permit conditions.

More than 40 exposure sites have been listed across the state, with a range of DFO Uni Hill stores in Melbourne’s Bundoora and an Epping medical center added to the list late on Wednesday.

Meanwhile, two unexpected detections of Covid-19 viral fragments have been found in wastewater samples from Geelong catchments in recent days.

Residents of 11 Geelong suburbs have been urged to keep an eye out for symptoms and get tested if they develop.