Turia Pitt has said that she is tired of tokenism and the lack of visibility of women who look different. 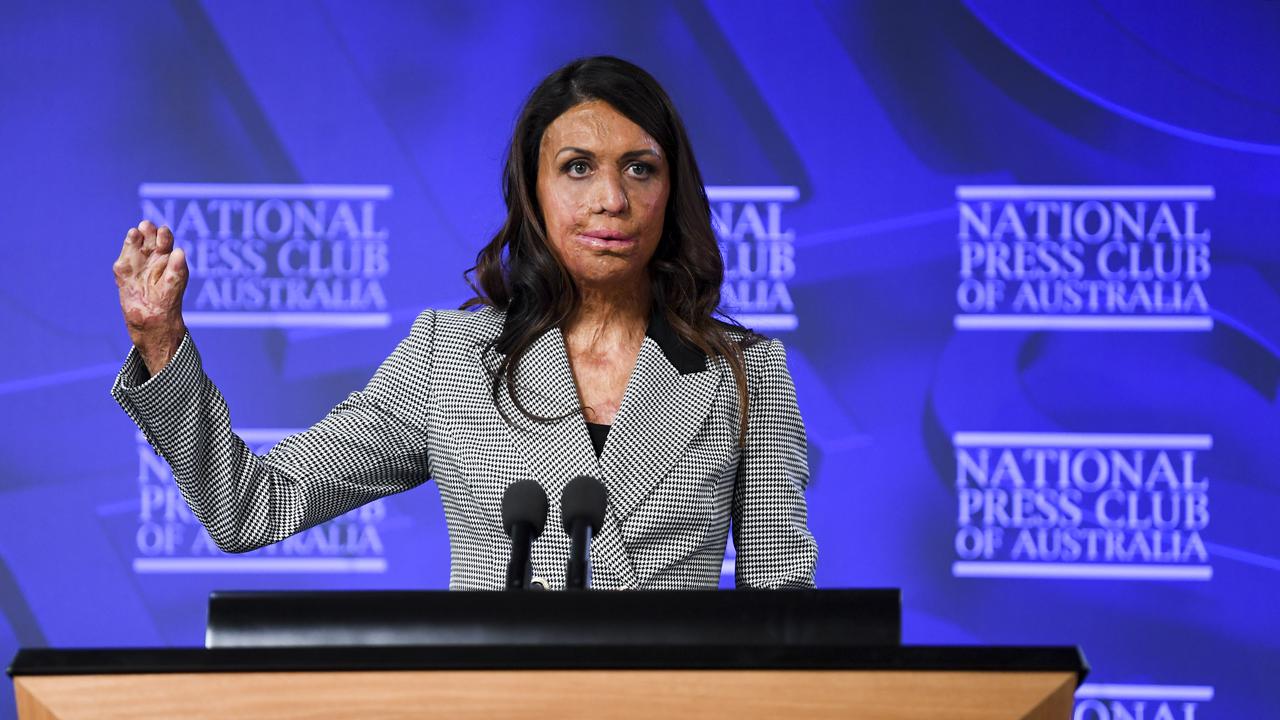 Turia Pitt has urged people to tell their stories to inspire others to achieve the impossible. (Lukas Coch/AAP Image)

She is renowned for surviving a 2011 grassfire that burnt 65 percent of her body during an ultra-marathon in Western Australia.

Nearly a decade on, Pitt is in the business of inspiring people.

She has written books, traveled the world, appeared in documentaries and magazine covers, notably Australian Women’s Weekly in 2014.

“But I am also just getting tired because it is 2021, and diversity still seems to be an afterthought,” said Pitt.

She is frustrated other women, from minority backgrounds, with disabilities, and who look different are not getting the same visibility or opportunities.

“I think it is nonsense,” she said

“It is 2021, and diversity’s like ‘oh we have had a burns lady on the cover, so we do not really need anyone else with a disability.’ It feels to me very much like ‘we have ticked that box.'”

Pitt does not think she would be a good fit for politics because she that what she thinks.

But if she were prime minister for a day, child care, free and available for everyone, would be at the top of her list.

“My mum has the baby today, but, again, that is invisible work, that is not counted right,” said Pitt.

“The main thing that I want to see is that kind of invisible work being counted. It is women who are usually leaving their careers and putting pause of their careers, and you need to give them another option, which is child care.”

Pitt used her wide-ranging address to emphasize the power that comes from being vulnerable.

“I inspire people because I am someone who has done the impossible,” she said.

“I have died three times on the operating table; I have painfully rebuilt my body and my life.”

She also pointed to the groundswell of anger about the treatment of women, including Brittany Higgins, Kate Sullivan, and Grace Tame.

“The more people that share their stories, the more people who speak up, take a stand, who does not take no for an answer, the closer we will get to a solution,” said Pitt.

25.9 percent of Australians are English, as per reports by Statista.

“Australia’s ethnic diversity can be attributed to their history and location,” states the report.

“The country’s colonization from Europeans is a significant reason for the majority of its population being Caucasian. Additionally, being that Australia is one of the most developed countries closest to Eastern Asia, its Asian population comes as no surprise.”

Over the past decade, Australia’s population has slowly increased and is expected to continue to do so over the next several years.