What Is Behind Cuba’s Unprecedented Protest? The Internet’s Role In The Unrest

President Díaz-Canel blames the United States for the most significant protests that Cuba has experienced in decades. 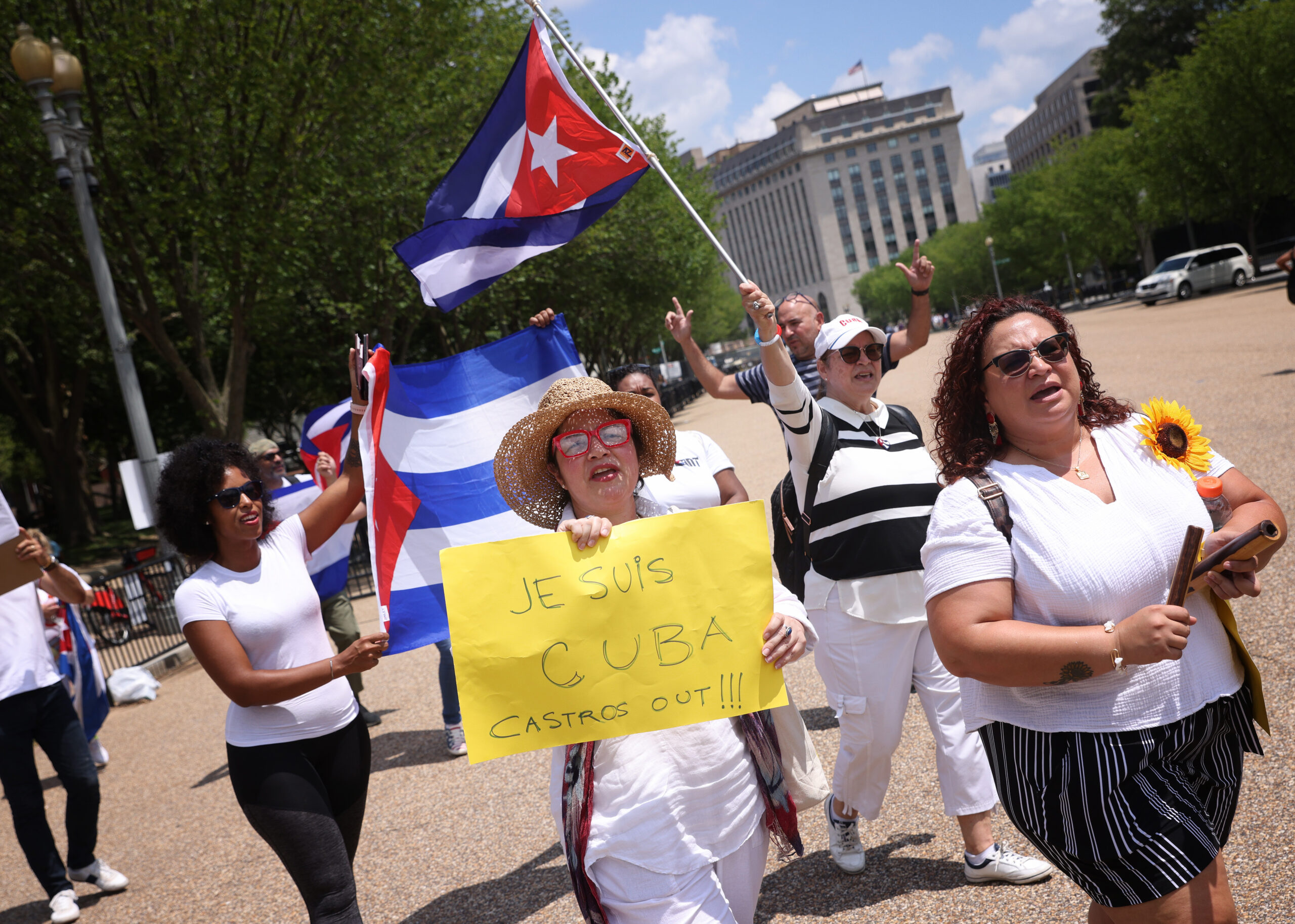 On Sunday, several cities in Cuba witnessed the most significant political demonstrations since 1994. The island is experiencing one of its periods of greatest turmoil since Fidel Castro’s revolution in 1959.

Miguel Díaz-Canel, Cuba’s president since 2018, blames the U.S. government for trying to destabilize the Havana regime. Díaz-Canel is the first president of the island who did not fight in the Cuban revolution. After Fidel Castro (1959–2008) and his brother Raúl Castro (2008–2018) left office, he became Cuba’s leader.

Díaz-Canel invited the country’s communists to take to the streets and stop the provocations of “the counterrevolutionaries, mercenaries, sold to the government of the United States.”

“All revolutionaries defend the revolution, and in the first row, the communists,” said Díaz-Canel during a TV speech on Monday.

White House press secretary Jen Psaki said that “protests were spontaneous expressions of people who are exhausted with the Cuban government’s economic mismanagement and repression. … These are protests inspired by the harsh reality of everyday life in Cuba, not people in another country.”

“The social outbreak occurred in these circumstances because the socio-political and economic conditions in the country are worsening,” said Masiel Rangel Giró, a doctor of political and social sciences and Cuban citizen.

The protests began in San Antonio de los Baños, southwest of Havana, but quickly spread throughout the country thanks to the power of social media. A thousand people gathered in front of the capitol before security forces dispersed the demonstration.

“Authoritarian regimes are always seeking to disorganize, discourage and intimidate the opposition and societies, to show them that fighting is useless and that it is safer to bow your head,” said Iván Rojas Álvarez, a Venezuelan internationalist.

Before the reforms carried out by Raúl Castro, Cubans had more limited access to the Internet, but today it allows the protesters to coordinate their messages and carries the protests’ echoes beyond the island. Pedro Pablo Aguilera, a Cuban journalist and media analyst, said this is the only decision for which Cubans can be grateful to Raúl Castro’s government.

“Cubans’ communication throughout the country, between Santiago, Santa Clara, Camagüey and Havana … has been possible thanks to social media, which is why the government’s response has been to cut off Internet access,” Aguilera said.

“To a large extent, people have been losing their fear. Social media have become a safe space where people can express their opinions and … feel welcomed. In [previous movements] such as the maleconazo [the protests of August 5, 1994], we did not have Internet,” said Rangel Giró.

Since the beginning of the protests, Cubans have suffered from Internet connectivity blockages from state telecommunications platforms.

“A series of issues [triggered the protests]. We cannot say that this was caused only by the pandemic or by the economic problems or the food shortage. Several measures have affected the population,” said Rangel Giró.

Before the protests’ outbreak, Cuba was experiencing the worst COVID-19 infection period since the pandemic began. The collapse of health centers and records of daily infections and deaths were among the many things that triggered the protests. However, the regime’s opponents say numbers do not reflect the magnitude of the health emergency on the island.

Also due to the pandemic, Cuba’s primary industry is paralyzed. Last March, Cuba was receiving only a quarter of the tourists that it had before the pandemic. The decline in tourism, along with Venezuela’s economic collapse — Cuba’s main commercial and strategic ally — has caused the government to make unpopular economic decisions: to withdraw subsidies and end the dual currency system and the incentives for private economic activity.

Amid a recession, these changes have led to unusual inflation, growing shortages of primary products and increased rates for essential services. Last December, the government raised the minimum wage from $17 to $87 a month, but Cubans say it still isn’t enough.

“Entire generations have not seen economic and social prosperity in the country. On the contrary, they have been experiencing growing isolation … The Cuban government is a totalitarian regime … and there has been a fence around the ideas that civil society actors have been calling for,” said Rangel Giró.

Despite this, the Cuban protesters’ main request is not better health or economic measures.

“Patria y Vida” is the title of a song by internationally renowned Cuban artists Yotuel Romero, Gente de Zona, Descemer Bueno, Maykel Osorbo and El Funky. With the rise of the San Isidro Movement on the island and thanks to the increased Internet access, in a few weeks the song reached millions of views on YouTube, becoming an anthem against the government.

“There have been a series of citizen initiatives in Cuba [organized by] groups of friends and acquaintances from critical social spaces. Different independent artists and intellectuals’ organizations and communities have been increasingly expressing themselves critically in various spaces, especially in public places, taking advantage of the fact that Internet access in Cuba has increased in recent years,” said Rangel Giró.

“People take sides to decide about their lives. They are aware that they have to solve the problem on their own but in the public arena, in the street, where public life is decided, instead of continuing stoically resisting the [government’s] decisions,” she said.

In a country without free press, citizen initiatives represent a much more reliable alternative to traditional media.

“The media in Cuba are not media; they are propaganda media. They respond to a script that is reviewed day after day by the ideological department of the Communist Party’s central committee,” Aguilera said.

“There is strong and severe censorship. Television, radio or press stories do not follow journalism’s traditional principles, searching for the truth and contrasting sources. … They are repeating Chávez’s [Venezuela’s former president] narrative when he spoke of a soft coup. … They are trying to repeat the Venezuelan experience of condemning and acting against the groups that protest,” he said.

However, in practice, the government does not respect those rights. Different groups, such as the San Isidro Movement, have denounced the disappearance of more than 60 protesters, presumably at the hands of the dictatorship’s repressive institutions.

The rest of Latin America’s governments, for whom Cuba is a point of disagreement, follow the unrest with interest.

“Cuba has an important role in the Western World’s imagination of the left,” said Rojas Álvarez. “Despite the failure of its political project, it is the revolutionary reference for many, [who love] the idea of … being able to break with structures and, incidentally, challenging the United States,” he said. “It is something almost sentimental, romantic. Some even try to rationalize it with supposed successes in health or education.”

Rojas Álvarez believes that other governments — including the Mexican one — react to the unrest following this train of thought. “There is a predisposition to be in solidarity with Cuba, or at least refrain from criticizing the dictatorship. Cuba is part of the cultural universe, not only of many politicians but of many voters.”

By Tuesday morning, protests continued in some cities, but the information is scarce due to the authorities’ Internet blockage.

(Translated and edited by Gabriela Olmos. Edited by Melanie Slone and Kristen Butler.)