Wave Goodbye: Asteroid That Killed Off The Dinosaurs Caused A Mile-High Tsunami 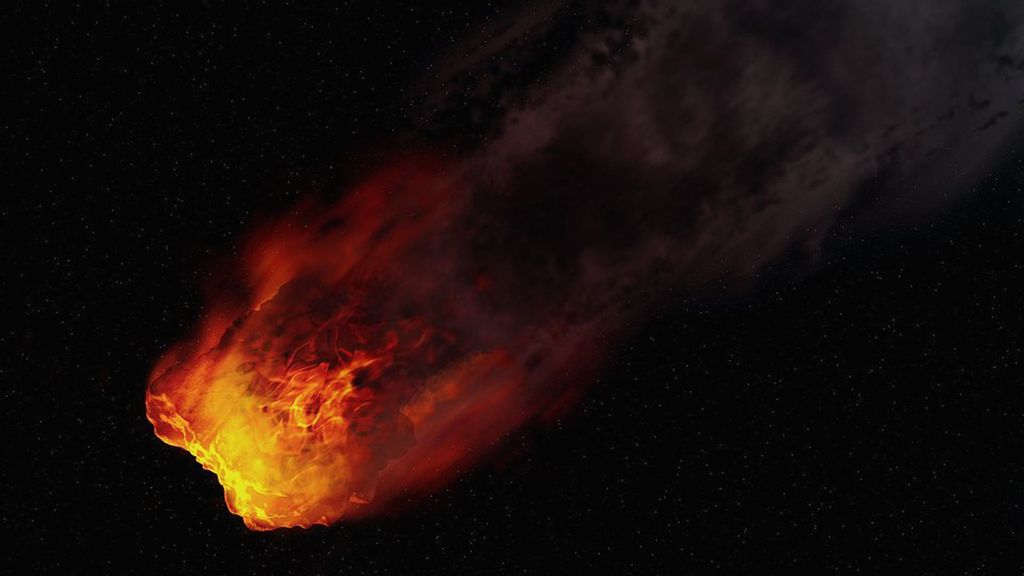 About 66 million years ago, an asteroid slammed into the earth, triggering a massive tsunami and the eventual extinction of the dinosaurs. (Alex Antropov/Zenger)

Scientists have discovered enormous fossilized ripples underground in Louisiana, supporting the theory that a giant asteroid hit the sea near Mexico’s Yucatán Peninsula 66 million years ago and causing a mile-high tsunami.

Scientists have speculated that a space rock struck the water and kicked up a blanket of dust that blotted out the sun for a long period of time, reducing temperatures and ultimately killing off the dinosaurs.

A tsunami in the Gulf of Mexico was generated by the event, known as the Chicxulub impact. Some experts believe the deadly wave was a mile tall. The tsunami crashed into North America, and smaller waves followed.

Scientists now believe they have discovered evidence of that event in central Louisiana.

“It is great to actually have evidence of something that has been theorized for a really long time,” said Sean Gulick, a geophysicist at the University of Texas.

To find ancient structures underground, scientists use industrial hammers or set off explosives in the earth. Seismic instruments then measure vibrations to build images based on reflections from the many layers of rock and sediment beneath them.

Energy companies use the same technique to look for gas and oil, revealing a wealth of data for scientists to use for research, especially in regions around the Gulf of Mexico.

University of Louisiana geophysicist Gary Kinsland obtained seismic images from the company Devon Energy more than a decade ago.

Sea levels were higher at the time of the asteroid collision, and Kinsland believed the area held clues about what happened in the shallow waters off what was then the North American coastline — now far inland.

Kinsland and his colleagues analyzed a layer about 1,500 meters (just under a mile) beneath the ground, and found fossilized ripples spaced up to a half-mile apart with an average height of about 3 feet.

Scientists believe the ripples are the imprint of the tsunami’s waves as they approached the coast in water around 197 feet deep, disturbing sediments on the seabed.

Kinsland said the orientation of the mega-ripples was also consistent with the Chicxulub impact, and he said the location was ideal for preserving the ripples for eons. “The water was so deep that once the tsunami had quit, regular storm waves couldn’t disturb what was down there,” he said.

The Chicxulub impact was first hypothesized in the 1980s. Cores from a drilling expedition in 2016 revealed details about how the impact crater was formed.

Researchers in North Dakota,  about 1,900 miles north of Chicxulub, discovered a fossil site in 2019 that they said recorded the hours after the impact and includes debris dragged inland from the tsunami.

“We have small pieces of the puzzle that keep getting added in,” said Alfio Alessandro Chiarenza, a paleontologist at the University of Vigo in Spain.

“Now this research is another one, giving more evidence of a cataclysmic tsunami that probably inundated [everything] for thousands of miles.”