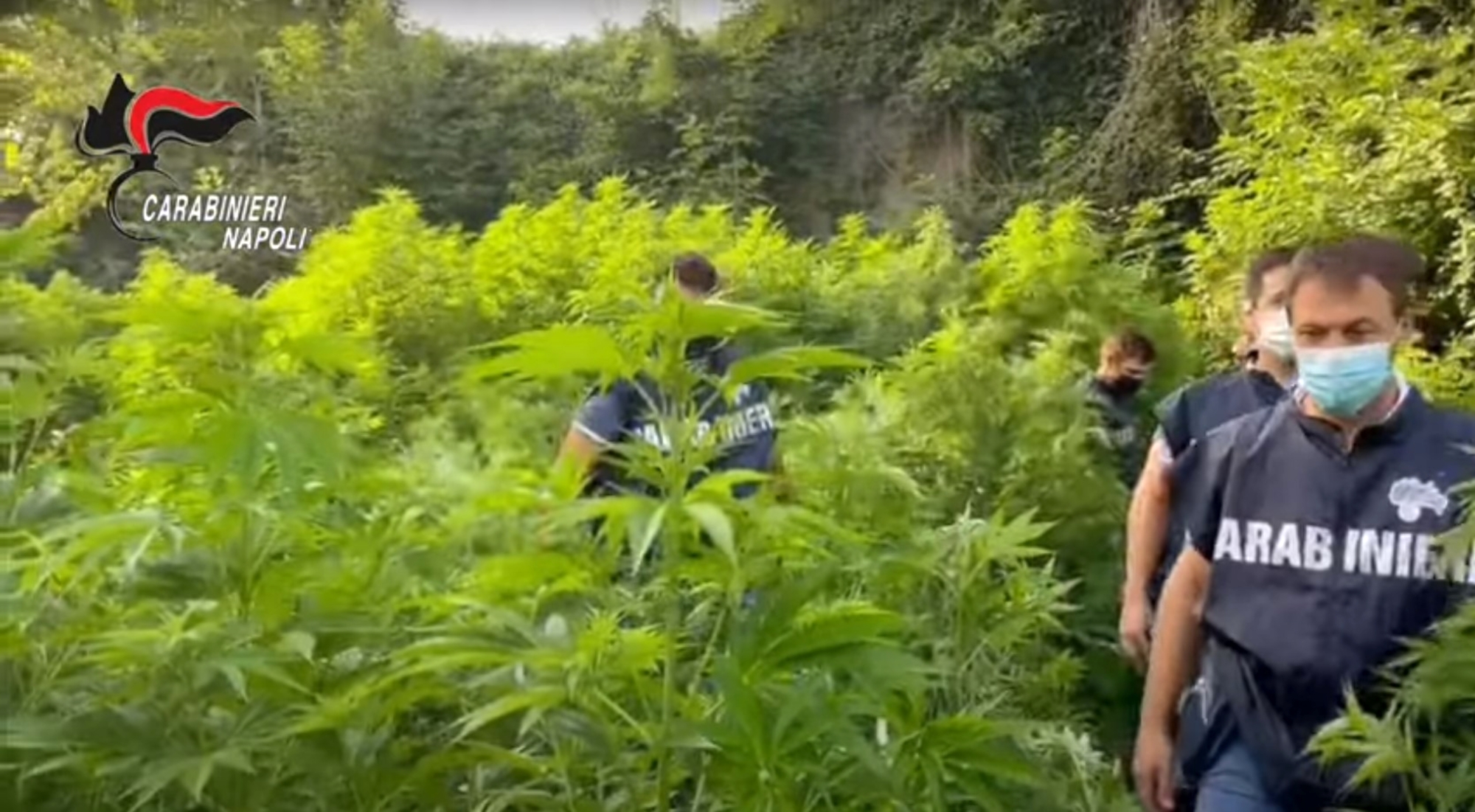 Authorities seized 9 tons of marijuana in a plantation hidden within among vegetation in the park area of the ruins of Pompeii in southwest Italy. (Carabinieri/Zenger)

Italian police discovered a massive cannabis plantation hidden near the ruins of Pompeii after receiving several reports that people nearby could smell marijuana.

Authorities confirmed that they found 18,000 marijuana plants, or 9 tons, of the illicit drug on the grounds of the Archaeological Park of Pompeii in southwest Italy’s Campania/Naples region.

The plants were in the ruins of the Royal Bourbon Power Factory, commissioned by then-ruler of Naples, King Ferdinand II of Bourbon, in 1851. The facility was later used as a tobacco factory until 1980, when it was abandoned after an earthquake.

It is not known who was behind the illicit plantation.

The park is home to one of the world’s most famous volcanic disasters. Mount Vesuvius erupted in A.D. 79, burying the nearby Roman town and about 2,000 of its 15,000 inhabitants. Pompeii’s ruins have been rebuilt over many years of excavation and restoration work, and numerous bodies of the volcano’s victims have been preserved in plaster casts.

Pompeii is one of the world’s top archeological sites, with millions of visitors a year, but the area where the plants were discovered is currently closed to the public. The park had also been closed for months because of COVID-19 measures, and only recently reopened.

There has been speculation about the involvement of the Mafia in the marijuana operation.

Authorities say large-scale drug trafficking in Italy is mainly carried out by the Mafia. Naples is where the Camorra operates. The group’s 100 clans and 6,000 members, has a powerful hold on the area, according to local media.

In just one month, “… local and national special police forces arrested a total of 126 alleged members of a Camorra federation which has supposedly been controlling the city and its criminal activities since the late 1990s,” according to a 2019 report on the website of The Conversation.

“The judiciary’s arrest warrants focused on activities between 2011 and 2016, seizing real estate and goods with a net worth of 130 million euros (about $154 million). Assets included 80 cars, 81 motorbikes, restaurants, bars, supermarkets, shops, car parks, garages, diamonds and luxury watches. It was an operation which highlights once again the pervasive — but too easily forgotten — power of the Neapolitan Camorra.

“We also sometimes forget how territorial Italian mafias are. For while they maintain a strong and lucrative interest in the international drugs market and launder money abroad regularly, a heavy local presence remains key to their income and recruitment strategy.”