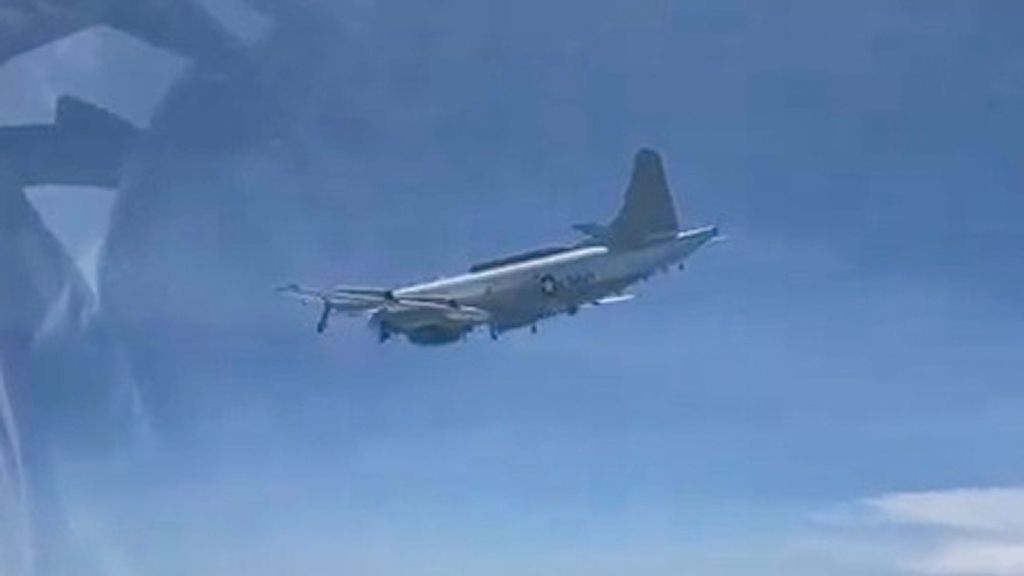 A Russian fighter jet intercepted an American reconnaissance aircraft over the Black Sea and escorted it away from the Russian border on July 13, according to the Russian National Defense Control Center (NDCC).

A Sukhoi Su-30 fighter plane was deployed after the ground crew of Russia’s Southern Military District detected the U.S. aircraft on their radar system.

“The crew of the Russian fighter identified the air target as an EP-3E Ares aircraft of the US Air Force and escorted it,” an NDCC spokesperson said.

Russian authorities said the fighter jet escorted the American plane away from the border before returning to the home airfield, adding there was no violation of the border as a result.

Russian state media reported the NDCC said in a statement: “On July 13, 2021, an air target approaching the state border of the Russian Federation was detected over the Black Sea by radar control of the airspace of the duty air defense of the Southern Military District.

“To classify the air target and prevent violations of the state border of the Russian Federation, a duty air defense forces Su-30 fighter of the Southern Military District was airlifted.

“The crew of the Russian fighter identified the aerial target as an EP-3E ‘Ares’ electronic warfare aircraft of the U.S. Air Force and took it for escort.

“After the foreign military aircraft turned away from the state border of the Russian Federation, the Russian fighter returned safely to the home airfield.

The NDCC said, “The flight of the Russian fighter was carried out in strict accordance with the international rules for the use of airspace. The state border of the Russian Federation was not violated.”

This particular area has been one fraught with global tensions after Russia’s annexation of Crimea in 2014, a move NATO allies do not recognize. In the last few weeks, Russian forces have confronted British and Dutch ships sailing close to Crimean territorial waters.

Last month, a Russian fighter jet intercepted a U.S. spy plane over the Pacific Ocean while the Russian military was conducting drills in the region. The U.S. Pacific Air Forces did not confirm or deny the incident, according to media reports.