VIDEO: Cool! The Las Vegas Supermarket With A Secret Art Gallery Behind A Chiller Cabinet 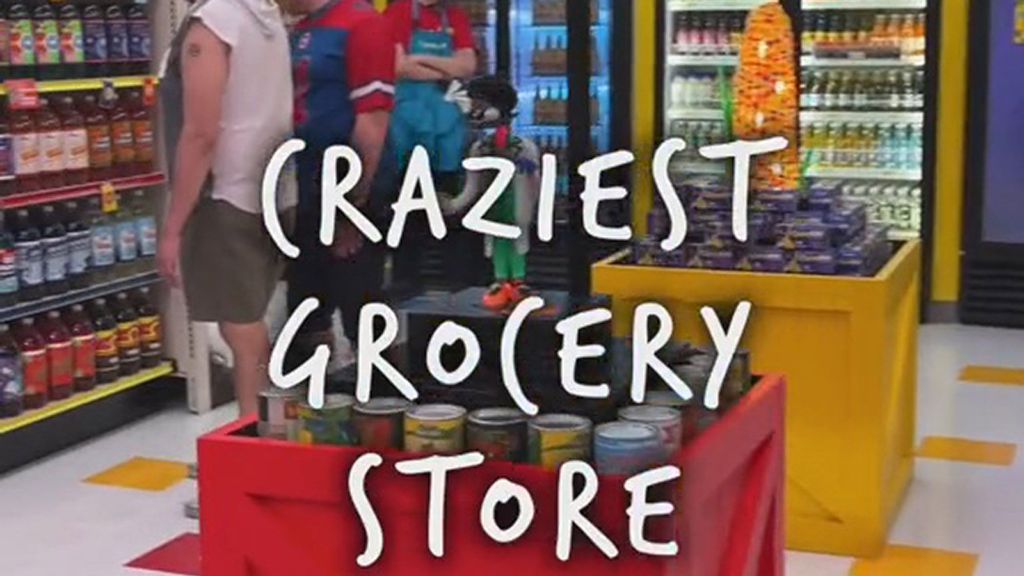 A store doubles as an interactive art exhibit in Las Vegas, Nevada. (@steveyalo/Zenger)

Customers in Las Vegas, Nevada find the mysterious cooler leads to a labyrinth of colorful designs that have gone viral.

The immersive exhibit at Omega Mart affords customers access to a surreal world that’s unlocked with an employee card each guest receives — with no instructions.

“When I arrived in Las Vegas, I saw multiple advertisements starting in the airport and social media,“ said supermarket visitor Steve Yalo from Long Island, New York. He was thrilled by the mind-altering experience.

“This isn’t just a store. It’s an interactive art exhibit. Tickets are $45 per person and in my opinion, it’s worth every cent. This is definitely a unique experience. The attention to detail was mesmerizing, and everywhere I looked I found myself staring at a fascinating piece of art.”

The mastermind behind the projects is Meow Wolf — an arts production company that creates multimedia experiences to transport audiences into realms of endless wonder.

Yalo posted a video of his experience on TikTok; it’s racking up millions of views.

“I did not expect this video to go viral. I was expecting maybe a few thousand views since this is an interesting place, but 3.5 million! I’ve never had a video gain this much exposure,” he said.

Omega Mart includes 60 different walk-through environments. In all, 350 artists were involved in producing it. The refrigerator–portal contains “Omega sodas,” which don’t really exist. Neither do any of the alternate realities that guests see.

At the center of the experience is a mystery: The employee ID cards give users access to a mystery to solve. Some spend 3 to 4 hours cracking the case, whose premise is that the grocery store’s owner has mysteriously disappeared.

Piñatas depicting the Seven Deadly Sins — a grouping and classification of vices within Christian teachings — designed by artist Justin Favela, are also available for purchase.

“When you enter, it seems like a grocery store, but there are multiple passages to new areas and rooms, which I can only describe as fascinating interactive art installations,” said Yalo. “The attention to detail is incredible. You can spend hours just reading the hilarious labels of all the peculiar products on the shelves.”

“If you are ever in Las Vegas, I would highly recommend a visit here. This is not a typical art exhibit. There’s actually a mission to complete and an entire storyline to follow if you pay attention,“ Yalo said.

Most guests spend multiple hours walking around. Many plan yearly visits to see additions, upgrades and new rooms added to the permanent exhibition.

The concept for Omega Mart originated in 2009, when artists created a pop-up grocery store exhibit in a warehouse.

The current exhibit features a secret bar called Datamosh, with 48 seats. Finding it is a challenge: There are no directions or signs.

Eight specialty cocktails are on the menu, including the surreal “Orange Dream with liquor and Blank Berry Bliss.” The concoction is made with The Real McCoy Rum, Wolfberger Litchi, Calpico, peppercorns, lemon and basil seed mixed in a pink peppercorn Champagne syrup.

Meow Wolf says a cocktail dubbed “The Source” is Omega Mart’s masterpiece, made with El Silencio Mezcal, Lillet Blanc, shiso, tarragon and lime. The drink is topped off with a photo-worthy rosemary bubble filled with smoke.