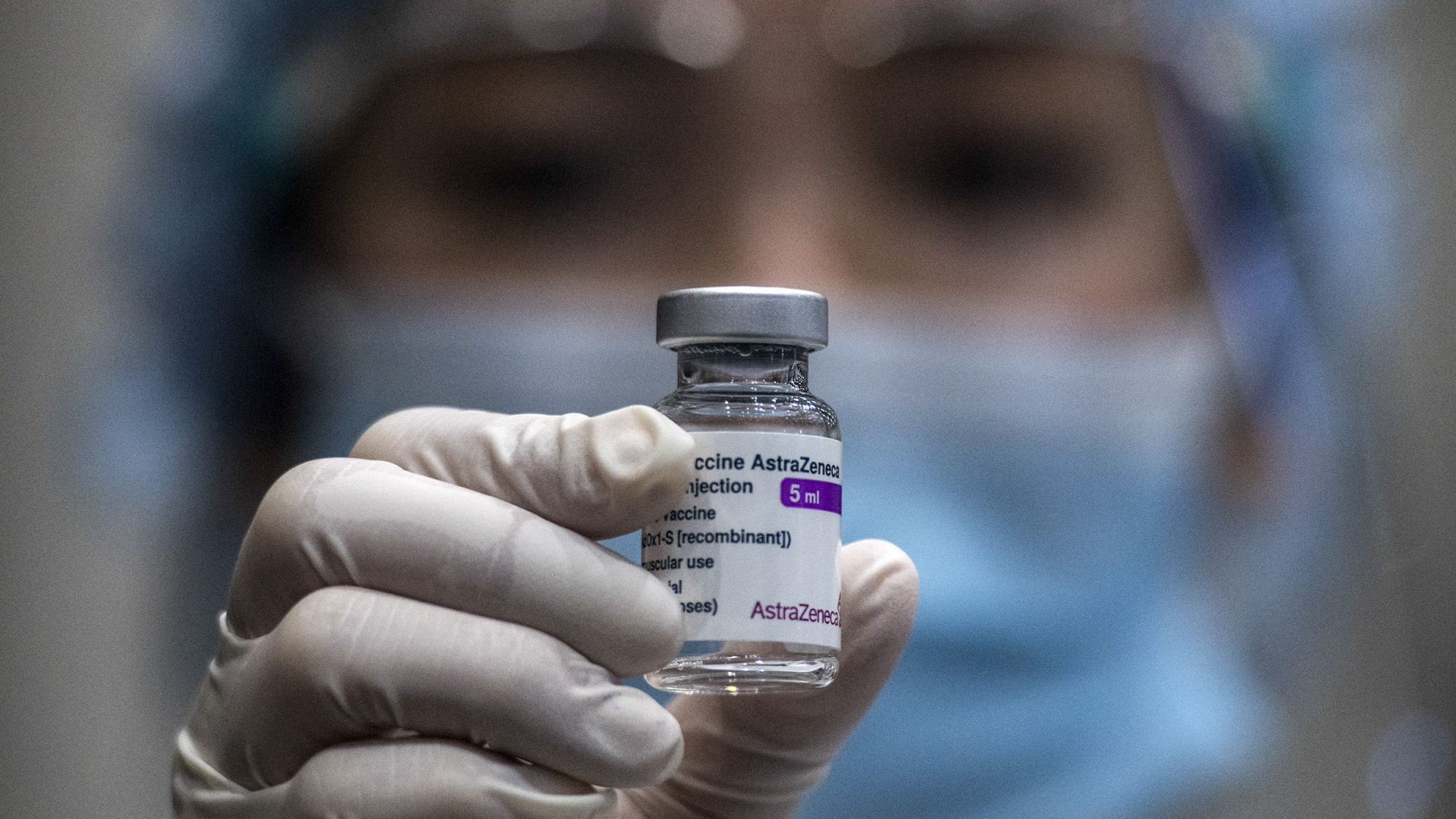 The results of the combination of Sputnik V and AstraZeneca vaccine are likely to be out by the end of July, the Russian Direct Investment Fund said. (Sirachai Arunrugstichai/Getty Images)

NEW DELHI — The results of the combination of Sputnik V and AstraZeneca vaccine are likely to be out by the end of July, the Russian Direct Investment Fund said.

“We expect to release the results of Sputnik V and AstraZeneca mix and match by the end of July,” said Kirill Dmitriev, chief executive officer, Russian Direct Investment Fund, in a press briefing.

“This approach has been pioneered by Sputnik V. So, we are open to mix and match Covishield in India.” Dmitriev believes high efficacy is expected from the trials.

“Covishield is the same vaccine as AstraZeneca, so we believe that trials will show high efficacy. We hope that the Serum Institute of India can produce Sputnik V and mix and match as well. It will be a true partnership,” said Dmitriev.

Russian Direct Investment Fund, which is Russia’s sovereign wealth fund, and Serum Institute of India have also announced cooperation to produce the Russian Sputnik vaccine against coronavirus in India.

The first batch of Sputnik vaccines is expected to be produced at Serum Institute of India’s facilities in September. Both parties intend to produce over 300 million doses of the vaccine in India per year.

“As part of the technology transfer process, Serum Institute of India has already received cell and vector samples from the Gamaleya Center. With their import approved by the Drugs Controller General of India [the head of the department at the Central Drugs Standard Control Organization], the cultivation process has begun,” Dmitriev said in a statement.

India is the leading production hub for the Sputnik vaccine. The Russian Direct Investment Fund had reached agreements with several pharmaceutical companies in India—Gland Pharma, Hetero Biopharma, Panacea Biotec, Stelis Biopharma, Virchow Biotech, and Morepen—for the production of the vaccine.

The Russian Sputnik V vaccine has been registered in 67 countries globally, with a total population of over 3.5 billion people. The data obtained by regulators of many countries during the vaccination of the population — including in Argentina, Serbia, Bahrain, Hungary, Mexico, San Marino, UAE, and others — demonstrate that Sputnik V is one of the safest and most effective vaccines against coronavirus.

“The Russian Direct Investment Fund is delighted to cooperate with Serum Institute of India, the world’s largest vaccine manufacturer. This strategic partnership is a major step to substantially increase our production capabilities, demonstrating a perfect example of joining forces and expertise to save lives both in India and worldwide. With technology transfer underway, we expect the first batches of the vaccine to be produced jointly with Serum Institute of India in coming months,” said Dmitriev.

Talking about the partnership, Adar Poonawalla, chief executive of Serum Institute of India, said with high efficacy and a good safety profile, the Sputnik vaccine must be accessible in full measure for people across India and the world.

“I am delighted to partner with Russian Direct Investment Funds to manufacture the Sputnik vaccine,” said Poonawalla.

“We hope to make millions of doses in the coming months with trial batches starting in September. With high efficacy and a good safety profile, the Sputnik vaccine must be accessible in full measure for people across India and the world. Given the uncertainty of the virus, international institutes and governments need to collaborate and further bolster up our fight against the pandemic.”

In May 2021, Russia registered Sputnik Light, a one-shot Covid-19 vaccine that contained the first component of Sputnik V. Sputnik Light showed an efficacy of 79.4 percent, as per the Russian Direct Investment Fund.

Approximately 3.8 million Russians received both doses of Sputnik V, a vaccine against the coronavirus developed by the Gamaleya Research Center as of March 31, 2021. The voluntary vaccination began in early December 2020, and the mass national campaign started on January 18, 2021, for adults from every age group, as per reports.