SEA LIFE Aquarium points out people are more likely to die in a raft of bizarre situations than in an attack from a predator.
By Callum Godde July 14, 2021
Facebook
Twitter
Linkedin
Email 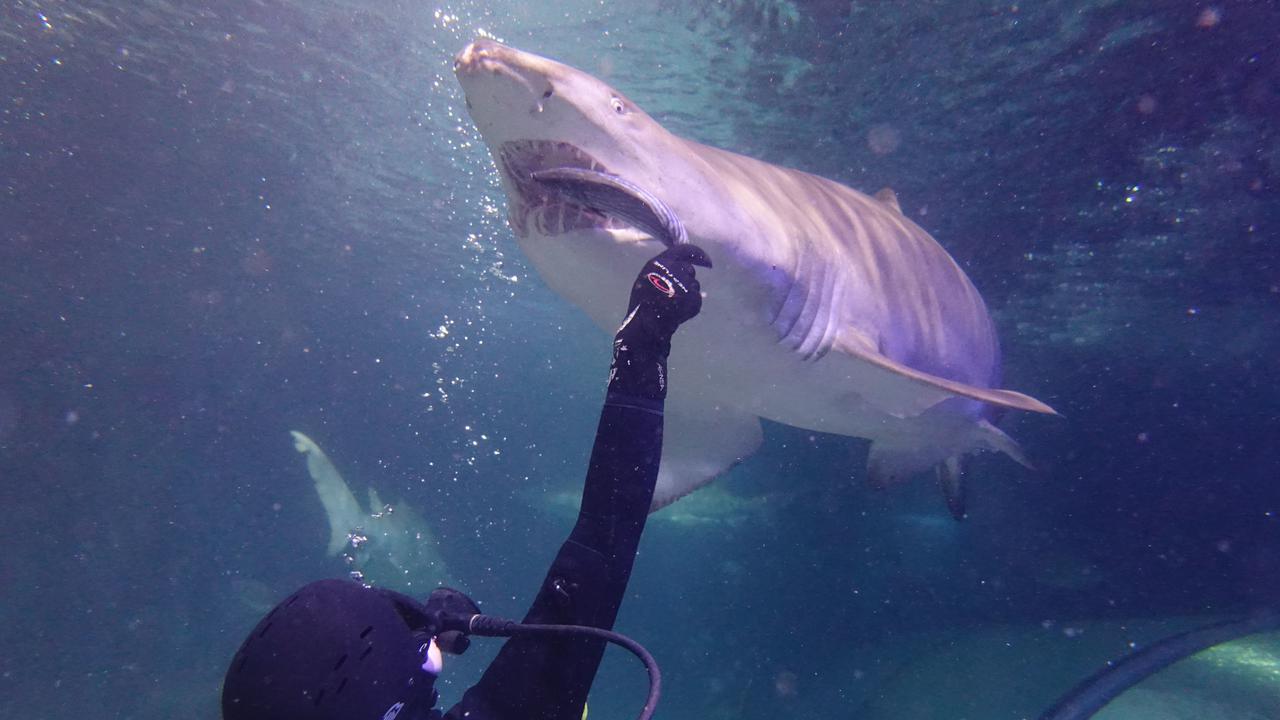 Grey nurse sharks are known as "labradors of the sea" because of their calm and docile nature. (AAP Image)

SYDNEY — Statistically, cows, coconuts, and vending machines are all deadlier to humans than sharks, an Australian aquarium says.

A surfer was fatally mauled by a 4.5-meter great white shark in mid-May off Tuncurry Beach, more than 300 kilometers (186 miles) north of Sydney. 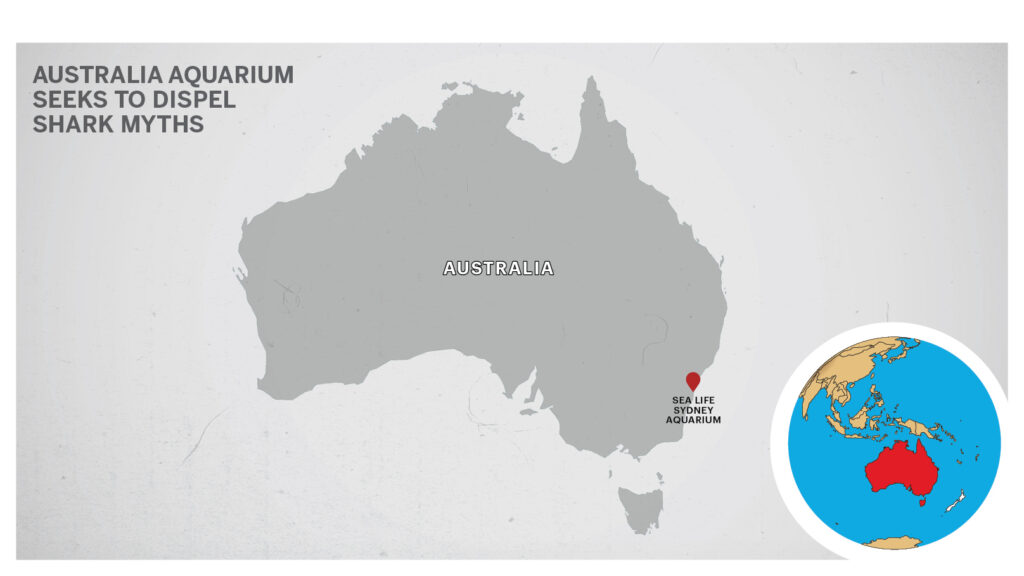 It was the first confirmed fatal shark attack in Australian waters in 2021, though it’s believed another man was killed by a shark off South Australia in January.

Eight people were killed in shark attacks in Australian waters in 2020.

That compares to an estimated 13 global deaths per year from being crushed by vending machines, 22 from stomping or goring cows, 150 from falling coconuts and 450 from tumbling out of bed.

Best said many species of sharks were currently endangered including grey nurse sharks, known as “labradors of the sea” because of their calm and docile nature.

Their New South Wales populations took a hit after being hunted and killed en masse in the 1950s and 1960s due to their scary looks.

“Major threats to their existence today include incidental catch from commercial and recreational fishing and entanglement in shark nets,” Best said in a statement on July 14.

“However, it is promising to see that with protection strategies and fisheries management, numbers have started to rebound.”

Other myths the aquarium wants to bust include that sharks have no personality, no predators and “want” to eat humans.

“Only about a dozen of the more than 400 species of sharks have ever been involved in biting humans,” it said.

Sharks evolved millions of years ago, far pre-existing any species of humans. Since humans are a predominantly terrestrial species, we never naturally occurred in their ocean. Most shark species primarily feed on small fish and a range of invertebrates, whereas the larger ones’ diet is known to include fish, sea lions, seals and other marine animals.

“Orcas have been known to attack great white sharks and larger sharks often eat smaller sharks; more significantly though, humans pose the largest threat to sharks,” Best said in the statement. She further explained that unsustainable activities like overfishing and habitat destruction were the primary cause of the decline of shark populations around the world.

Experts believe that shark numbers have declined by more than 70 percent over the last five decades. Shark Awareness day is celebrated both to raise awareness of the species’ conservation issues and to dispel misinformation and fear related to sharks.