Popcorn With Zenger: ‘Escape Room: Tournament Of Champions’ Nothing But A Cash Grab 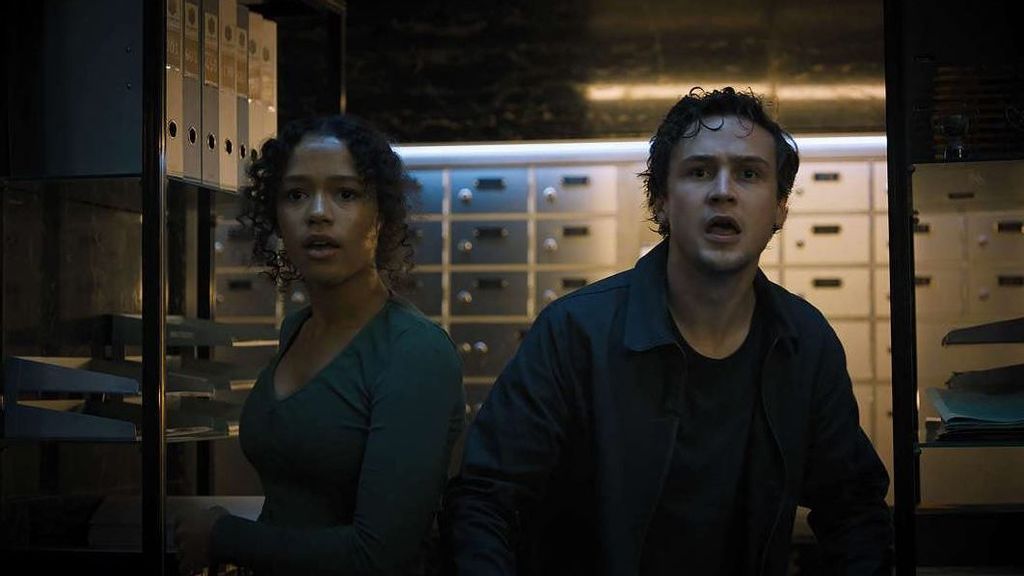 “Escape Room: Tournament Of Champions” is a movie that only exists because the first film made money.

Leave it to the madmen of Hollywood to attempt to create a franchise based on a gaming fad that has already faded away. Two years ago, Sony Pictures released “Escape Room,” a film that was produced for the dirt-cheap production budget of $9 million and turned a massive box office profit of over $150 million, giving producers all the justification needed to green-light a sequel.

The Story: “Escape Room: Tournament of Champions” takes place after the events of the first film. After barely surviving a series of deadly escape rooms designed by the evil shadow corporation Minos, Zoey (Taylor Russell) and Ben (Logan Miller) are on their way to New York City to make sure the people responsible for Minos are brought to justice.

The duo is targeted by a thief that they follow down into the subway system, but once on the train they discover they are trapped with several other survivors of previous escape rooms. Stuck in another death trap, they must all work together to get through another gauntlet of Minos’ escape rooms or risk never being able to bring the game to an end again.

Bright Spots: The only plus side of the franchise is the work that goes into creating the set pieces in which most of the film takes place. While the writing drops the ball, the creative detail of the production design of this visually appealing series is beyond satisfactory. The use of trains, acid rain, soundstage storms and giant lasers creates some impressive visual storytelling, but the gimmick runs out of steam well before the end of its 88-minute runtime.

Weak Spots: “Tournament of Champions” is a cinematic filibuster to get the franchise to a third installment in order to print more money. The blunt description of this film explains just about every flaw of the movie. In case you didn’t see the first film, “Tournament of Champions” begins with a short recap of how we got here, making the 2019 movie a simple footnote in the timeline. This time around, the traps are far more nonsensical and don’t have the same high stakes of the first film.

It’s never a good sign that a movie has four screenwriters and “Tournament of Champions” has just that. Screenwriters Will Honley, Maria Melnik, Daniel Tuch, and Oren Uziel do nothing to progress the storyline. As a matter of fact, they avoid answering any questions in order to reel people in for a third film. There remains no backstory for the evil, murderous corporation that created the games, giving audiences no explanation on how they have the resources to create state-of-the-art death traps without any detection by a three-lettered agency, let alone a motive for creating them.

The novelty of setting up unsuspecting people in a series of traps where they must work together to escape or perish wears pretty thin. As a result, “Tournament of Champions” plays out as a “Saw” movie with no rhyme or reason and the bare minimum length to qualify as a feature film. Outside of Zoey and Ben, every other character is relegated to cannon fodder, a name and occupation that won’t be relevant three minutes after they mention them.

This film is in desperate need of polishing and serves as a case study of why studios shouldn’t rush a product for the sake of profit.

The Takeaway: “Escape Room: Tournament of Champions” is one of the most pointless cash-grabs in quite some time. The film manages to ruin its one positive — production design — by rushing out a movie that doesn’t do anything to further the story or the audience’s interest in it.

See or Skip: Audiences are better off waiting for the next film in this franchise or skipping it altogether. Much like “Tournament of Champions,” you will end up in the exact same place you began … despondent.