Officials of the Punjab Textbook Board said the book was not issued a no-objection certificate. 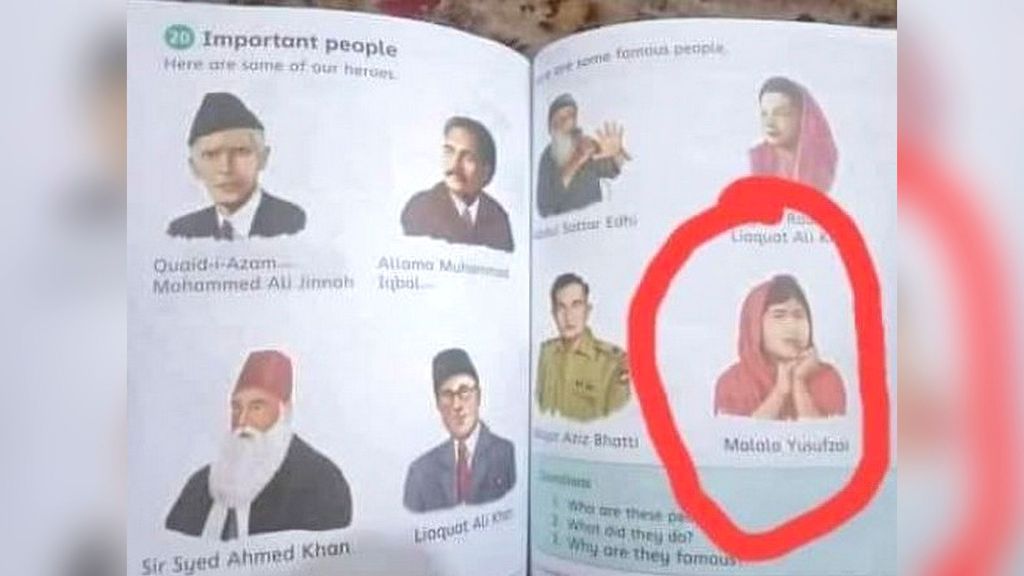 ISLAMABAD — Malala Yousafzai, activist and the youngest Nobel Laureate, became the center of controversy when social studies books in Pakistan portraying her as a national hero were confiscated.

The books, confiscated by Punjab Textbook Board, carried Yousafzai’s photo along with Major Aziz Bhatti, who is considered a hero in Pakistan for his role in the 1965 war with India.

The board raided the Gulberg office of the Oxford University Press, which published the book and confiscated the entire stock.

Defending the move, the officials of the Punjab Textbook Board said that the book was not issued a no-objection certificate.

To target Malala over her views on Islam, Pakistani private school’s association has launched a documentary, “I Am Not Malala.”

“The book is written to reveal the truth and counter anti-Islamic propaganda and expose the nefarious designs of anti-Islam forces,” said the author of the book Mirza Kashif Ali. He is also the president All Pakistan Private Schools Federation.

“Through this documentary film, we will tell 20 million students in 200,000 private schools across the country about her controversial views on Islam, marriage, pursuing of Western agenda.”

“The idea behind this is we want to expose Malala among the youth, so they do not get impressed by her so-called story of the struggle for women’s rights,” Mirza said at a conference at his office in Gulberg.

Yousafzai, who turned 24 years old on July 12, was the co-recipient of the 2014 Nobel Peace Prize for her battle against the suppression of children and young people and the right to education.

Only 17 at the time, Malala is the youngest Nobel laureate. Born in Pakistan in 1997, Yousafzai was shot in the head by a Taliban gunman at the age of 15 on her way back home from school in the Swat District.

She was targeted for speaking out about the plight of girls in her region, who were banned from going to school by the Taliban.

“I spoke out publicly on behalf of girls and our right to learn. And this made me a target. In October 2012, on my way home from school, a masked gunman boarded my school bus and asked, “Who is Malala?” He shot me on the left side of my head. I woke up 10 days later in a hospital in Birmingham, England,” Malala wrote on her website.