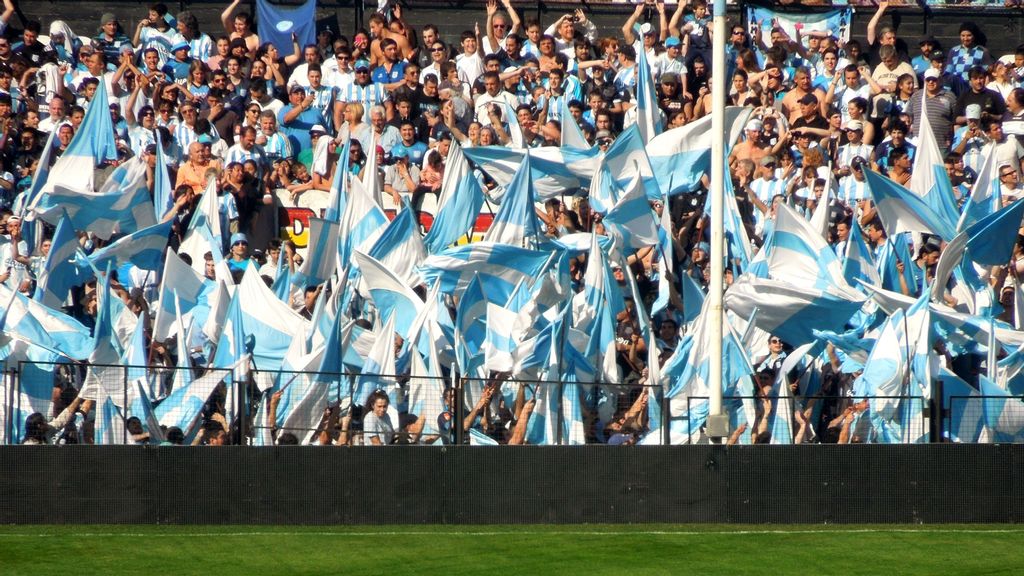 Last Saturday, with a goal from Ángel Di María, Argentina defeated Brazil 1–0 in the final of the Copa América, played at the Maracaná stadium in Rio de Janeiro.

The South American press named this event the “new maracanazo.” In the 107-year history of the Brazilian team — the most successful soccer national team in the world — only Uruguay had managed to win a match as a visitor at the Brazilian stadium, in the decisive game of the 1950 World Cup. Argentina last week became the second team to do so.

Yet, beyond the historical rivalry between the two countries, this victory symbolizes something else for Argentina. Cartoonist Cristian Dzwonik, known as Nik, tweeted that something like this has not happened since 1990.

“The atmosphere during the match was insane. The anxiety, nervousness, and expectation of the Argentinian fans were palpable, and when the match was over, we all felt joy,” said Pedro Carricaburu, an Argentine photographer and fan who, at the age of 28, saw Argentina claim the Copa América trophy for the first time in his life.

“The national spirit could be seen in Buenos Aires and all public squares across the country. It was a joyful event, and it was vital for all of us, as it offered us a respite for all the bad news and problems we are undergoing. Furthermore, it was historic, seeing stars such as Messi and Di Maria — players who, despite their various efforts had never had the opportunity to become champions — beating Brazil,” Carricaburu said.

Fans at the Obelisk of Buenos Aires celebrated the national team’s triumph, which granted them a respite from the political and economic struggles that the country is experiencing.

Argentina had been experiencing an economic recession for years, even before the COVID-19 pandemic reached its territory, which has strongly affected the Latin American country. Last May, Argentina moved to fourth place on the list of countries with the highest COVID-19 infection numbers worldwide.

The health crisis enhanced the political differences of a phenomenon known as ‘la grieta’ (the schism), a dualistic political division between the followers of former president Cristina Fernández de Kirchner and former president Mauricio Macri. With the legislative elections just a few months away, political tensions have risen.

“Due to the pandemic, there are high levels of anguish and sadness among the population. Therefore, it was necessary to recover a bit of joy and national spirit, even if that meant defying the sanitary measures,” said journalist Sebastián Tafuro, who also states that the satisfaction is so massive because Argentina had been the runner-up several times, coming close, but not reaching, the first place.

“For us Argentinians, the national soccer team is an important topic. Soccer, in general, is important, with a lot of fanaticism for the local clubs, but that also means that the passion during the Copa América or the World Cup is through the roof,” Tafuro said.

The long-awaited victory and the image of Lionel Messi raising the cup last Saturday allowed Argentina to take a break.

Argentinians believed that the national team had ‘mufa,’ a colloquial word that means ‘bad luck.’

Lionel Messi (34 years old), Ángel di María (33), Sergio Agüero (33), and Nicolás Otamendi (33), the veterans of the team, managed to break the bad luck streak with their victory over Brazil.

Messi, considered by many to be the best player in Argentine history — and some would wager of the world — has often been compared to Diego Armando Maradona (1960–2020). Maradona won the 1986 World Cup and was a world-famous soccer star. Those who continuously criticized Messi often said that he would never surpass Maradona if he could not win a championship title while playing on the Argentine national team.

Losing the 2007, 2014, 2015, and 2016 finals only increased the criticism against Messi, who briefly retired from the national team after the last defeat.

“The Messi-Maradona comparison is losing strength because, somehow, we Argentines learned to enjoy both of them and recognize that each one was the best in their time. Therefore, the two were very important, and it is unnecessary to make that comparison,” said Sebastián Rosa, an Argentine soccer technical director and analyst.

“Diego said it once: people did not have to compare them. He sometimes woke up on the wrong side of the bed and played a bad game, and the same thing has happened to Messi. So the comparison does not make any sort of sense. They both are two talented Argentine soccer players, and well, it may be one of the last matches we are going to see of Messi,” said Carricaburu.

“Maradona is much more than just what he was on the field, but also what he was off it. He always supported popular causes. He became an insurmountable legend, defeating England four years after the Malvinas War [a war waged between Argentine and the UK in 1982]. … What Messi is going to have from now on is unanimity. Some did not accept Messi for not winning something with the national team, so he criticized him. I think that overall, those were a minority, and thanks to the recent victory, their voices should be now silenced,” said Tafuro.

The other great winner of the final was the coach of the Argentine team, Lionel Scaloni, for whom this cup is his first victory as coach and technical director of the national team.

The press has attacked the 43-year-old ex-soccer star since he got the job. However, he now became the first coach to win a title for Argentina since Alfio Basile.

“Scaloni is a coach that arrived without that much coaching experience, but with a lot of experience as a player in the national team,” said Rosa. “He comes within the framework of a much broader project together with Walter Samuel, Pablo Aimar, Diego Placente, and Roberto Ayala, all [of them] former national team players with very successful journeys through European teams, and who also were part of the time in which José Pekerman directed the youth Argentine soccer national team. That was the most successful period of a youth soccer team of all time, and it was an example of the importance of training young athletes.”

“In the last three decades, the Argentinian national team coach was replaced frequently, with big changes from one period to the next. With the last coach [Jorge Sampaoli], there were many changes and unjustified decisions. Scaloni decided to start again by establishing a logical order, taking advantage of Argentina’s high-quality soccer players. Scaloni’s approach was to make a solid player base and, from there, start solving more complicated questions,” said Rosa.

For Argentinians, winning this cup has a special meaning, as it is the first tournament they have played since the death of Diego Maradona in November of last year. ‘Pelusa,’ as he was affectionately called, represented more than just a soccer star for the country, as he also was a political and social figure.

The figure of Maradona has an almost mystical relevance for Argentinians, who last year flocked to see him off at his funeral, held at the Pink House, Argentina’s government house.

This may change Argentina’s expectations for the Qatar 2022 World Cup, which would be Lionel Messi’s last.

“[Scaloni] achieved a collective idea, a collective work. Without a shadow of a doubt, he just won the continuity to be the coach during the World Cup next year, but it is interesting how his project will continue in the long term,” said Rosa.

Messi left his native Rosario at the age of 13 to prove himself in the youth categories of FC Barcelona. Since then, he has achieved more than 30 titles with the Catalan team, but this Copa América is undoubtedly one of the most valuable for the Argentinians.