The alcohol beverage, which has grown in popularity, must be sipped slowly and accompanied by sour orange and worm salt. 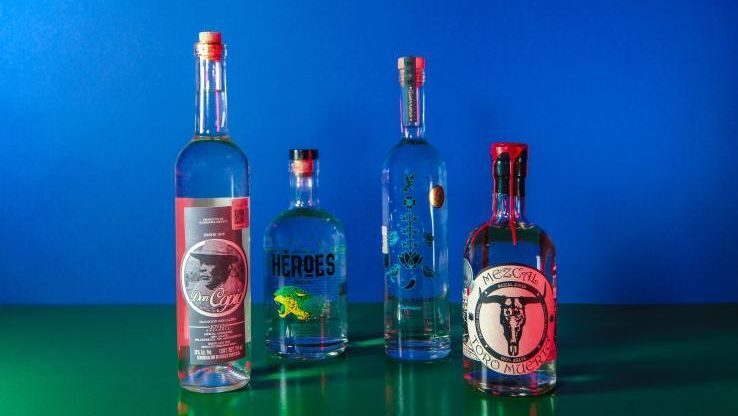 There are several mezcal brands; they all meet the highest quality standards. (Menu Acapulco/Unsplash)

In recent years, mezcal has reached beyond Mexico and become the go-to spirit for people throughout the world.

“Whenever I go out to eat with my family, and we finish dining, my wife and I ask for some digestif. My personal choice is a shot of mezcal espadín [made out of espadín agave] with some worm salt and sour orange,” said Jorge Pitalua Olivo, a 42-year-old family man living in Veracruz.

In the last decade, mezcal has gained popularity not only in Mexico but throughout the world. The alcohol beverage has earned its spot in the public eye thanks to recent market strategies. Television celebrities, athletes, and singers have created mezcal brands, making them even more famous.

It is considered a “tough” drink.

“Mezcal must be drunk with respect and moderation,” said Pitalua Olivo. “Sometimes young people do not know how to handle it and drink one glass after the other. If someone drinks mezcal like that, they will get drunk extremely quickly despite not drinking a lot. Mezcal must be sipped. Whoever gulps it down knows what will happen to them. It is better to drink in moderation.”

Just like tequila, mezcal is made from agave. The difference between the two liquors is that mezcal is made with different agave species. There are vast agave plantations across Mexico, though the primary producer of mezcal is Oaxaca.

The liquor has a denomination of origin, as only the spirits made in Guerrero, Oaxaca, Tamaulipas, San Luis Potosí, Zacatecas, Durango, and Guanajuato can be called mezcal.

There are three types of mezcal: white, which is neither matured nor aged; reposado, matured between two and 12 months; and añejo, aged in barrels for at least six months.

People usually drink mezcal in small glasses or in shot glasses called ‘caballitos.’ If the drinker is not used to mezcal, they should sip it and accompany it with sour orange and worm salt.

Younger generations prefer to drink mezcal in cocktails, which lowers mezcal’s intensity, so they can enjoy it without the fear of getting drunk.

“Mezcal is quite a strong drink due to its high percentage of alcohol. Generally, here in the canteen, older men ask me for it as they are used to its strong taste,” said José Alberto Méndez Cuevas, a bartender at the Los Manguitos restaurant bar in the city of Veracruz. “There are some customers who ask for chili powder and lemon to accompany it, substituting the worm salt and sour orange.”

Experts agree that mezcal should be sipped so that the tongue and the palate can enjoy the agave and wood notes of the liquor. It is a special, unique moment to enjoy the artisanal, hand-crafted traditions of Mexican culture.