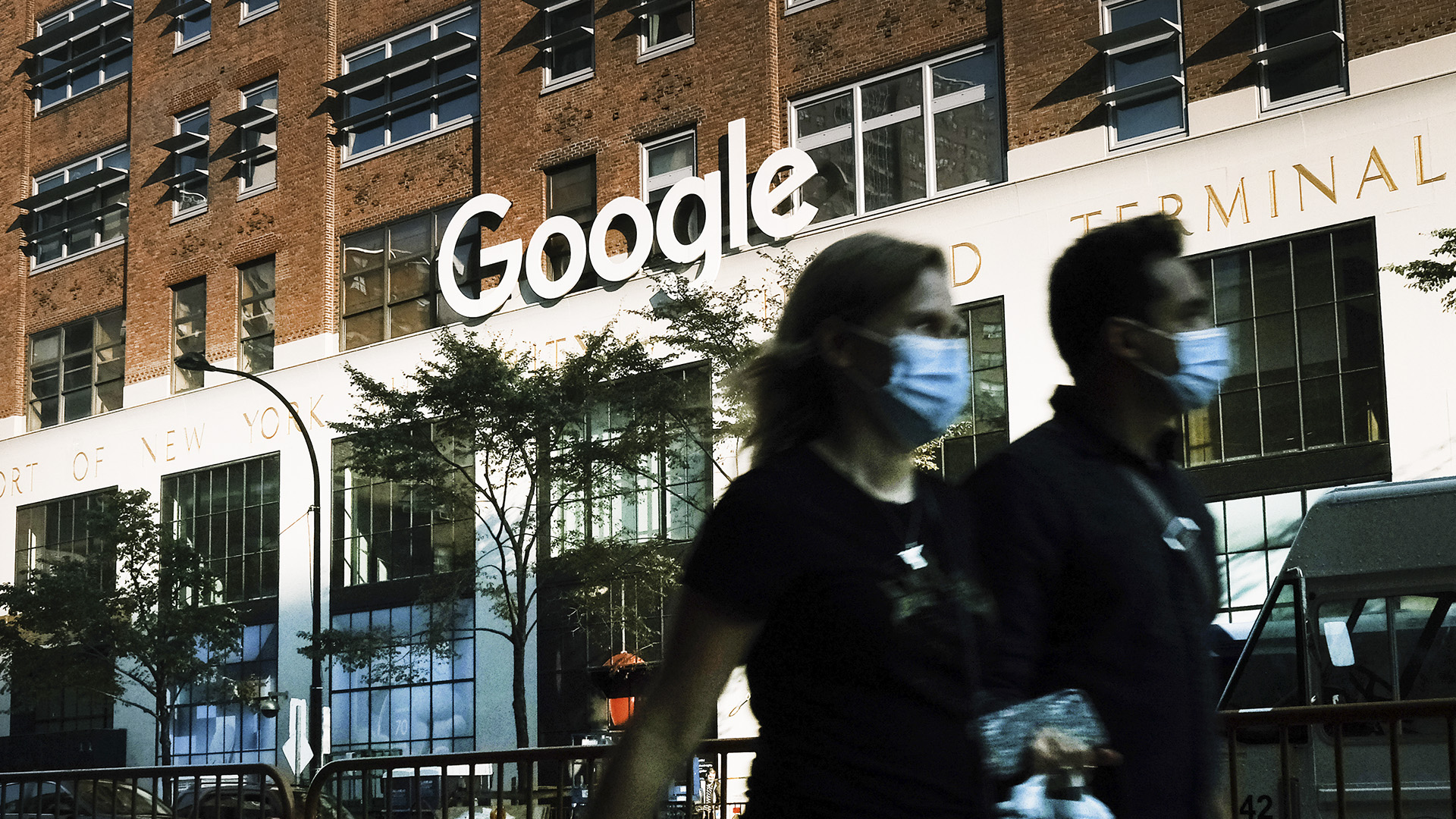 Google had been working with the authority for the past few months to come up with a solution but has failed. (Spencer Platt/Getty Images)

PARIS — France’s Competition Authority imposed a fine of 500 million Euros ($591 million) on tech giant Google on July 13 for non-compliance with one of its rulings made last year.

The regulatory body issued a ruling regarding Google’s compensations to French publishers for the use of their content.

In 2019, France’s General information Press Alliance, comprising around 300 national and regional media outlets, filed a complaint against Google for its refusal to operate under the European legislation on neighboring rights, designed to make digital corporations account for their use of media content online.

“In a decision made public, the Authority is imposing on Google a sanction of 500 million Euros ($591 million) for having disregarded several injunctions issued as part of its decision on provisional measures of April 2020,” the statement read.

In the ruling in question, Google was ordered to conduct negotiations “in good faith” with French publishers on the payment for the use of their content, something that the tech firm failed to do, according to the regulator. The fines were imposed after Google failed to comply with the rules over the course of time.

Google had been working with the authority for the past few months to come up with a solution but has failed.

“When the Autorité [Competition Authority] imposes injunctions on companies, they are required to apply them scrupulously, respecting their letter and their spirit,” said the authority’s president Isabelle de Silva.

“In this case, unfortunately, that was not the case. At the end of an in-depth investigation, the Autorité (Competition Authority) found that Google had not complied with several injunctions issued in April 2020.”

“The fine of 500 million Euros ($591 million) takes into account the exceptional seriousness of the infringements observed and how Google’s behavior has led to further delay in the proper implementation of the law on related rights, which aimed to better take into account the value of content from press publishers and agencies included on the platforms,” Silva added.

France’s regulatory authority has given the tech company two months to come up with a compensation offer for the country’s media outlets, threatening to impose a daily fine of up to 900,000 Euros ($1.1 million) when the deadline expires.

“The shakedown continues. It’s hard to see how making tech companies pretend to ‘buy’ something that has little to no economic value to them is a path to a sustainable model for newspapers. If you want a tax and a subsidy, be honest and call it that,” tech expert Benedict Evan tweeted.