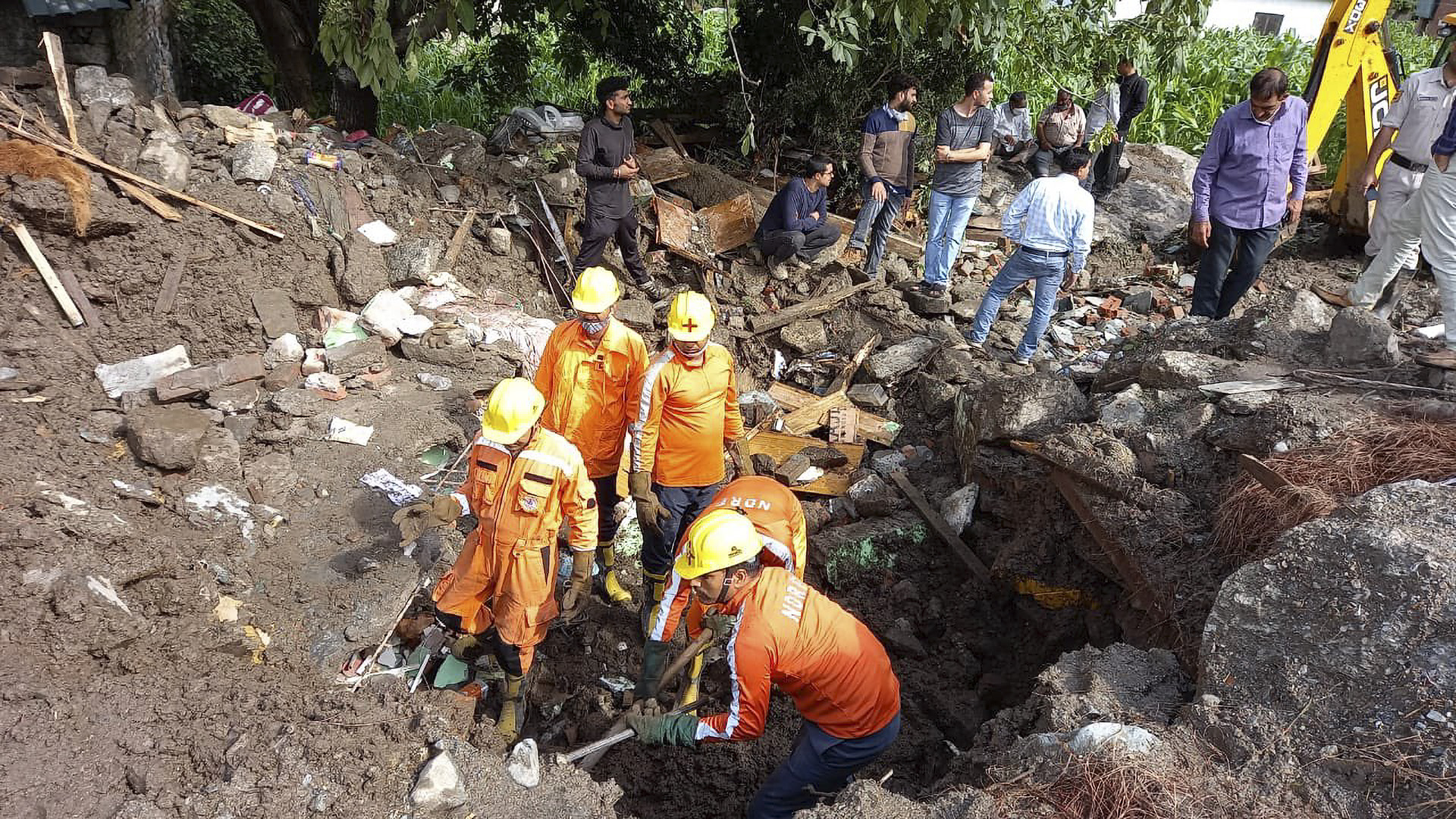 SHIMLA, India — Amidst the flash floods in the last two days, nine persons died, and eight persons are missing in the northern Indian state of Himachal Pradesh.

As per the data provided by State Revenue Department and State Disaster Management Authority, around 142 roads have been blocked in Himachal Pradesh on July 13.

A yellow alert had been issued in Kullu on July 12, informed Additional Deputy Commissioner Prakash Singh, adding that at least 25 roads had been shut in the district.

Teams from the National Disaster Relief Force have been sent to the state for relief work. The Ministry of Home Affairs assured all help from the Centre and is continuously monitoring the situation. 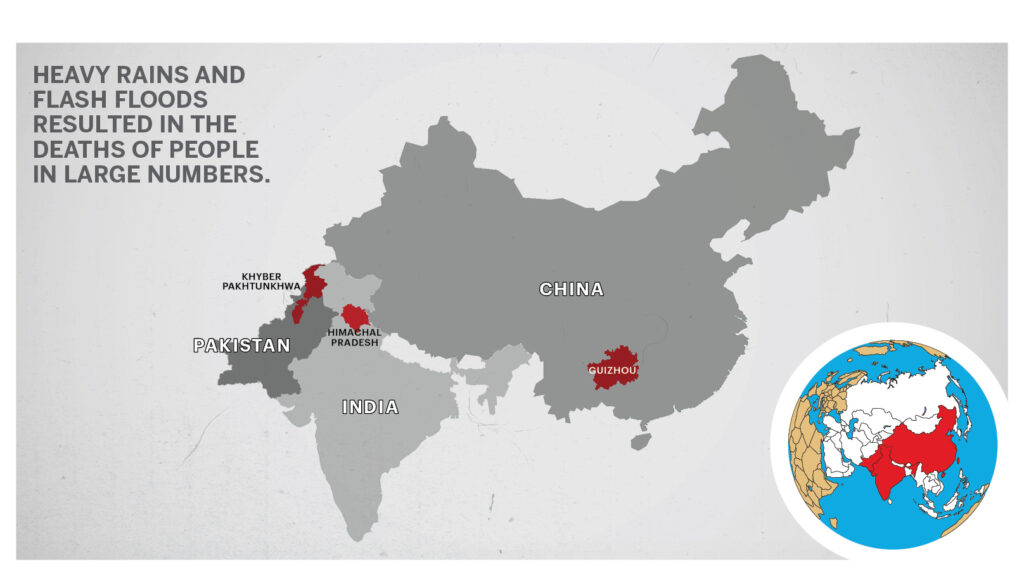 Prime Minister Narendra Modi expressed concerns over heavy rains in the state and said the Centre is closely monitoring the situation.

“The situation in Himachal Pradesh due to heavy rains is being closely monitored,” tweeted Modi.

“Authorities are working with the State Government. All possible support is being extended. I pray for the safety of those in affected areas.”

Intense rains accompanied by windstorms have also battered the Khyber Pakhtunkhwa province of Pakistan, triggering flash floods in the region, resulting in a woman’s death.

“A woman was killed and a child was injured as the roofs of two houses collapsed in the Galyat area of Abottabad district, in Hazara division,” Galyat’s Deputy Superintendent of Police Jamilur Rehman said.

“In the Shangla district, at least three houses, a hotel, a water mill, and four cars were destroyed due to landslides,” Deputy Commissioner of Police, Hamidur Rehman said.

“So far, we have received information that a landslide in the Bely Baba area has destroyed a hotel, three houses, four cars, and a water mill,” the official said, adding that he had instructed revenue staff to visit the field and collect further information about losses caused by rains and floods.

Floods across India caused 948 deaths in 2019, as per reports, increasing from the previous year. Nearly 13 states were affected by a series of floods and heavy rains. The highest recorded deaths due to floods over the last decade were in 2010, when 965 people died.

Around 400 people died in floods and flash floods in Pakistan in 2020. As per Munich Re’s 2020 annual report on natural disasters, the devastating events are the deadliest of the past year when not counting the coronavirus pandemic.

Since the flood season, six regional rainstorms have also hit the Guizhou province in southwest China, with an average precipitation of 433.8 mm, up 10.6 percent compared with the same periods in the past years, according to the provincial emergency management department.

The extreme weather has led to the evacuation of 26,000 people, causing a direct economic loss of more than 1.23 billion yuan ($190 million).

Floodwaters have also affected 67,900 hectares of crops and damaged 19,300 houses.

Multiple parts of China have been hit by floods and mudslides after a round of torrential rains hit the country in early July 2021.

In southwestern Sichuan province, a major mudslide damaged homes and killed livestock, sparking the evacuation of more than 1,000 residents.