Dinosaurs Were In Decline Long Before Asteroid Hit, Study Suggests

The dinosaurs were vulnerable to extinction, given climate change and diversity issues, scientists say. 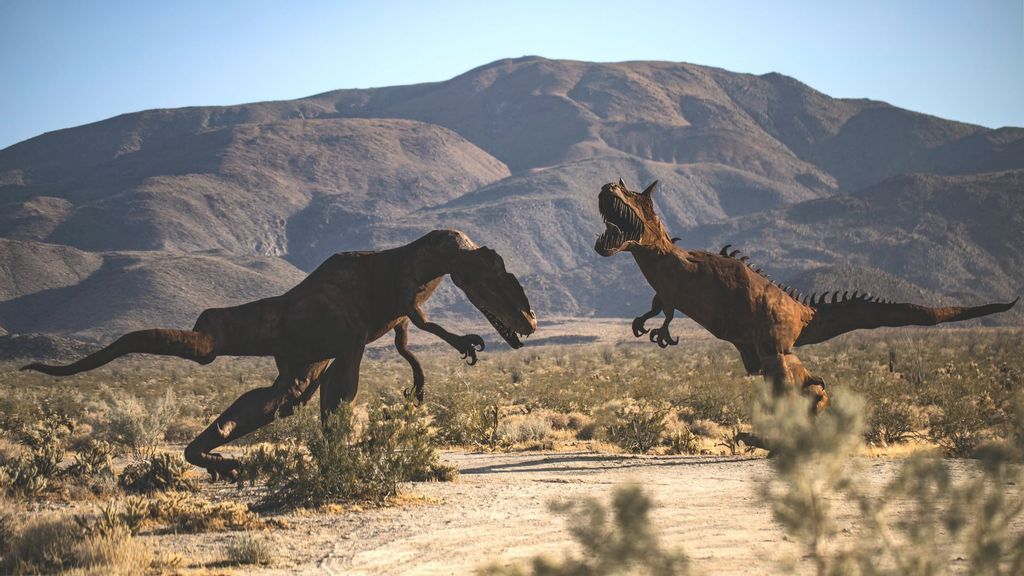 A recent study finds overwhelming evidence of a long-term decline across all dinosaurs and within all three major dinosaur groups before a massive asteroid struck Earth. (Stephen Leonardi/Unsplash)

Paleontologists have been debating for years whether dinosaurs were in decline before the asteroid impact that caused an explosion several billion times more powerful than the atomic bomb dropped on Hiroshima finished them off.

How did the dinosaurs fare before the cataclysm?

In a recent study, scientists conclude the dinosaurs were already in decline for as much as 10 million years before a 39,370-foot asteroid crashed to the Earth some 66 million years ago.

The study finds overwhelming evidence of a long-term decline across all dinosaurs and within all three major dinosaur groups.

“Our study focuses on the best quality fossil records, from North America, and the long-term decline before the final extinction is clear,” Michael Benton, professor of vertebrate paleontology, University of Bristol, told Zenger.

The study supports an environmentally driven decline of dinosaurs well before the asteroid. The study shows this decline is probably due to climatic cooling, as well as the decline of herbivorous dinosaurs.

“The climate mostly deteriorated at the end of the Cretaceous starting 80 Mesozoic Era with a drop in temperature of about 7 C [44 F]. Geochemical studies based on oxygen or carbon isotopes show the probable cause is a major reorganization of ocean circulation due to a slowdown in ocean expansion. That would have led to a drop in atmospheric carbon levels,” Benton said.

“This cooling was accompanied by a significant drop in sea level at the end of the Cretaceous,” lead author Fabien Condamine, a researcher from France’s Institut des Sciences de l’Evolution de Montpellier, told Zenger.

“Our analyses show this cooling is directly involved in the increase of the extinction of dinosaurs 10 million years before the fall of the asteroid. Indeed, dinosaurs were mesothermic organisms and therefore depended largely on the temperature of their environment for their activity.

“We do not find that dinosaur diversity was high and diversifying toward the end of the Cretaceous. We find the opposite pattern. We thus support the dinosaurs were more diverse millions of years before the asteroid impact,” Condamine said.

“Our study also goes further by pinpointing the likely causes for this decline. Previous works focused on the fluctuations of sea level, but with over 10 causes tested in our study, we support the role of temperature (specifically the global cooling at the end of the Cretaceous) and the decline of herbivorous dinosaurs. Herbivores are keystone species in ecosystems, and their disappearance leads to cascade extinctions.”

The study found that dinosaurs showed a marked reduction in their ability to replace extinct species with new ones.

The authors learned that old species, such as those originating in the Campanian (between 83 and 72 Mesozoic Era), had higher extinction rates than young species (such as those that originated in the Maastrichtian, between 72 and 66 Mesozoic Era). Old species with high extinction means poor adaptations.

“We must remain cautious about the conclusions for several reasons. We have not studied the entire diversity of dinosaurs, so it is possible that some groups are not in decline. Second, discoveries of new dinosaurs may influence the results. Finally, the development of new models may allow for better estimates of diversity over time. In any case, dinosaurs lived for up to 66 million years, and the asteroid strike was fatal,” Condamine said.

The team looked at the six most well-documented dinosaur families (namely, the ornithischians Ankylosauridae, Ceratopsidae, and Hadrosauridae, and the theropods Dromaeosauridae, Troodontidae, and Tyrannosauridae) and found they were all evolving and expanding. Then, 76 million years ago, they showed a sudden downturn.

Geochemical studies based on oxygen or carbon isotopes show the probable cause is a major reorganization of ocean circulation, due to a slowdown in ocean expansion, which would have led to a drop in atmospheric carbon levels.

The authors explored different kinds of possible causes of the dinosaur decline. Benton said there were two main factors that made life difficult for the dinosaurs: global cooling (the dinosaurs relied on warm temperatures), and the loss of herbivores, which made the ecosystems unstable and prone to extinction cascade.

According to the authors, why dinosaurs went extinct 66 million years ago remains unresolved because the fossil record is uneven temporally and geographically. Also, some groups do not fossilize well.

“This is a well-known problem in paleontology when we want to estimate past diversity dynamics. Given these issues, modern, sophisticated models can take into account the heterogeneity in preservation through time and across species. Doing so, the fossil record becomes more reliable for estimating the number of species at a given point in time,” co-author Guillaume Guinot told Zenger.

“But it is important to remain cautious since we are speaking of estimations, and these estimations can change with a more complete fossil record or with new analytical models. To reverse the pattern we found, a lot more data is needed, since the decline is strong and long.”

“From what we know in the fossil record, it’s possible to recover from a declining phase, especially after a mass extinction. (The ammonites after the Permian extinction.) So, we cannot exclude that the dinosaurs could have bounced back after their decline if the asteroid had not arrived,” Condamine said.

“One important fact is that such a putative recovery can be highly heterogeneous and group dependent, such that some groups would have survived and others would not. Hadrosaurs, for example, were quite diverse and could have been re-diversified.”