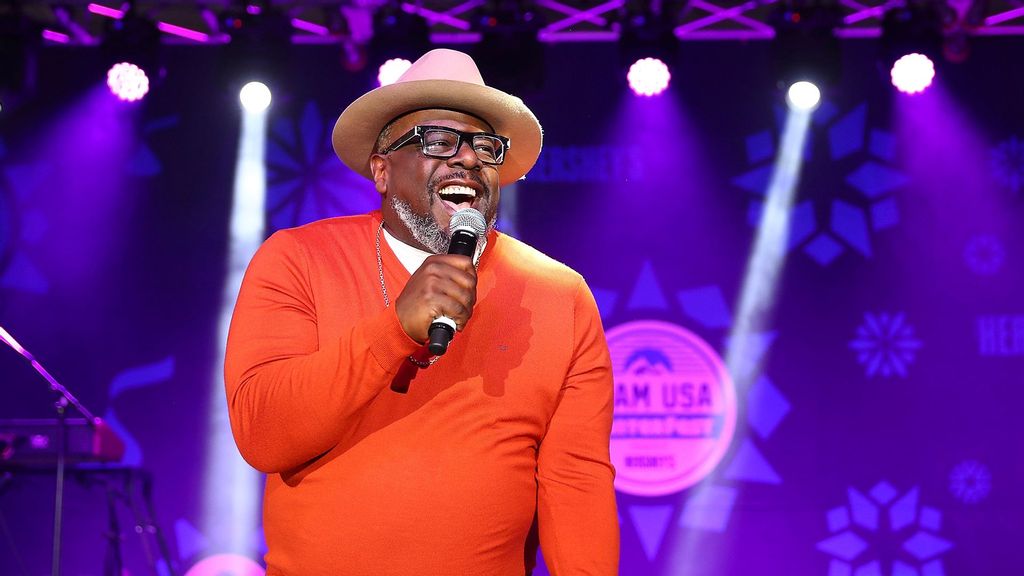 The Television Academy announced that actor and comedian Cedric the Entertainer will emcee the 2021 Emmy Awards, marking his first time hosting the ceremony. (Joe Scarnici/USOC/Getty Images)

WASHINGTON — The Television Academy, on July 12, announced that actor and comedian Cedric the Entertainer would emcee the 2021 Emmy Awards, marking his first time hosting the ceremony.

As per reports, Cedric the Entertainer will take the stage when the 73rd Primetime Emmys air on September 19.

Popularly known as a king of comedy, the actor-comedian spoke about the hosting gig.

“Since I was a little boy huddled up next to my grandmother, television has always been my reliable friend,” said Cedric.

“So it is an enormous honor for me to host this year’s Emmy Awards. Throughout the roller-coaster of a year that we have all lived through, television has helped us stay connected as a society like never before. It not only entertained us, as it always has, it helped to open our eyes, educate us, and hopefully bring about a better understanding of who we are as a people,” said Cedric.

“I can’t wait to take the stage to celebrate all the great shows and performances that made us laugh, cry, dance, and sing over the past year.”

Cedric was the featured comedian at the White House Correspondents Dinner but joked that he was unprepared because he thought he’d be following President George W. Bush’s humorous speech but instead found himself following First Lady Laura Bush. She described him as “hilarious” and “probably the funniest person” she’d ever met.

He’s also the recipient of four NAACP awards (National Association for the Advancement of Colored People).

Cedric made his directorial debut in March 2010 with Dance Fu, which he produced and funded independently with producer Eric C. Rhone through his firm Bird and a Bear Entertainment.

This year’s ceremony will feature a limited in-person live audience of nominees and their guests after the Covid-19 pandemic forced the Emmys to go mostly virtual in 2020. Jimmy Kimmel had hosted last year’s ceremony.

“Over the past year, television has united us as a community more than ever, bringing vital information and inspiring entertainment to viewers at a critical time in our lives,” said Jack Sussman, Executive Vice President, Specials, Music, Live Events and Alternative Programming for CBS.

“Now, who better to bring television audiences together to celebrate the industry’s top achievements than our very own King of Comedy, Cedric the Entertainer,” said Sussman.

This year’s nominations were announced yesterday by the Television Academy.

The 73rd Emmy Awards will air live on September 19 at 8 pm EST on CBS.