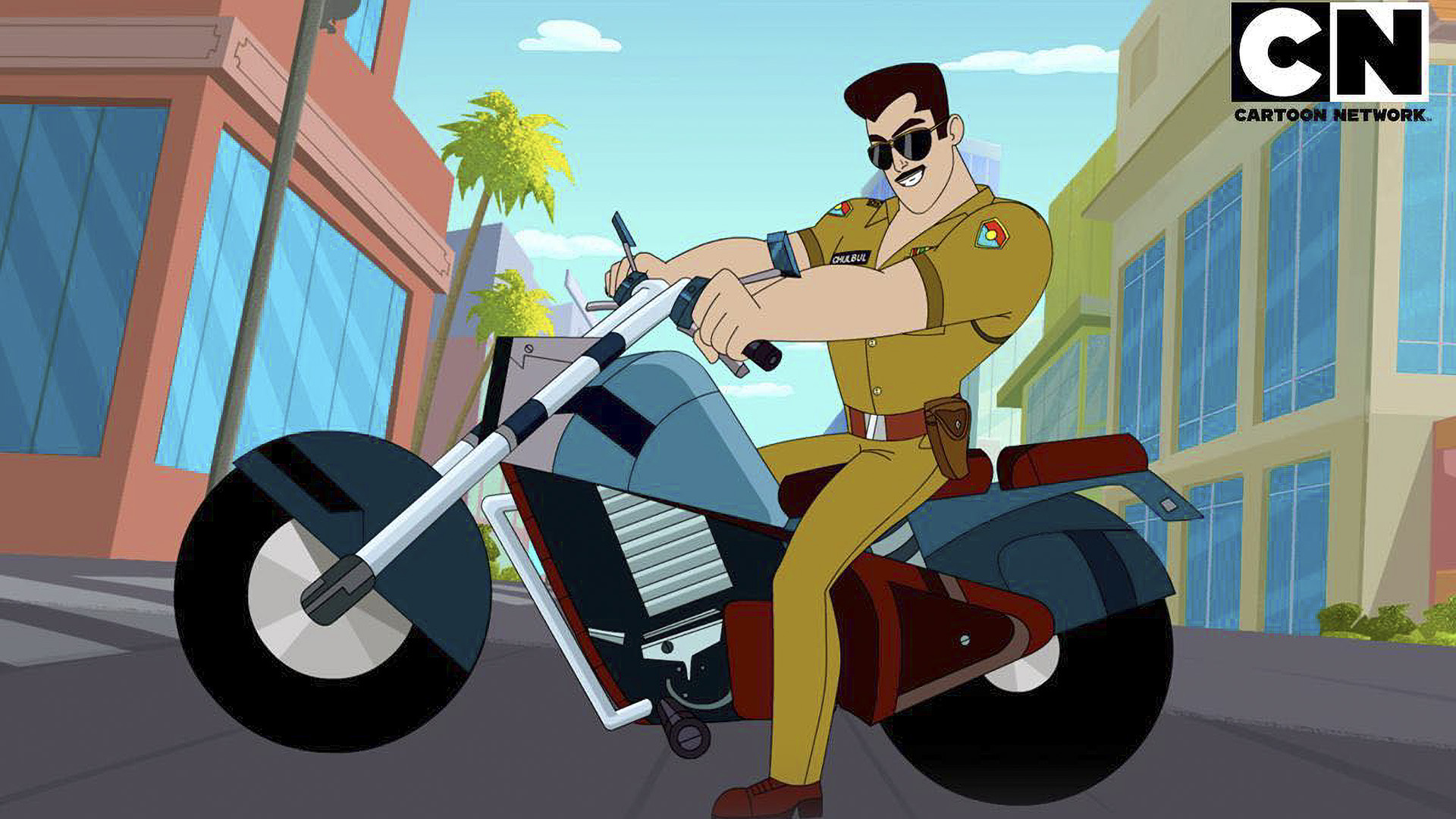 "Dabangg - The Animated Series”, an adaptation and re-imagination of the Salman Khan-starrer, three-film franchise “Dabangg” that grossed over INR 650 crore ($87.3 million) worldwide, is the latest entrant in the space that has witnessed a surge over the past five years. (Cartoon Network/Facebook)

NEW DELHI — As Hollywood fans devour the devilish Cruella de Vil in a live-action avatar in Emma Stone-starrer “Cruella”, in India, animation studios are drawing inspiration from popular live-action Bollywood franchises and characters to cater to a growing audience.

“Dabangg – The Animated Series”, an adaptation and re-imagination of the Salman Khan-starrer, three-film franchise “Dabangg” that grossed over INR 650 crore ($87.3 million) worldwide, is the latest entrant in the space that has witnessed a surge over the past five years.

“Animation has opened up yet another dimension for this character,” said Khan. “I hope that all children, along with their families, take time out and enjoy watching this together.” The show is available on Cartoon Network and Disney+ Hotstar VIP.

The quirky Chulbul Pandey, one of Bollywood’s popular cop characters owing to his cheeky one-liners, caricaturish fight moves, and a unique style while he stands in the face of evil to keep his city safe, is special for Khan.

For Cosmos-Maya, which has marked its 10th year of original Indian IP creation and has an oeuvre of various genres and narrative styles across animation, a film-franchise-oriented project was missing from its shelves. “Dabangg – The Animated Series” has filled that gap.

“It has stellar revenue potential from a brand licensing and merchandising standpoint, and there is creative satisfaction of getting to recreate and do justice to an audience favorite such as Chulbul Pandey,” Anish Mehta, chief executive of Cosmos-Maya, told Zenger News.

Like for other players, the challenge was in creating an animation of an existing on-screen character without taking away from its essence.

“Smashing Simmba”, inspired by Bollywood director Rohit Shetty’s hit film “Simmba”, was released on Pogo in 2020 when the pandemic impacted the production of live-action entertainment.

In the preceding years, Nickelodeon Sonic’s “Golmaal Jr.”, and “Little Singham”, and “Fukrey Boyzzz” — featured on Discovery Kids — were among some homegrown animated IPs drawn out of Hindi movies especially in the action or comedy zone.

After its launch in April 2018, “Little Singham” had almost doubled the TV ratings of Discovery Kids, taking the channel to the second position in the kids’ genre in the country, according to a statement by Reliance Animation, which made the show in collaboration with Rohit Shetty Picturez and Discovery Kids.

Indian box-office behemoth “Baahubali” also extended its presence in the world of animation with a five-season series “Baahubali: The Lost Legends”, an origin story of its two central characters Baahubali and Bhallaladeva. It was aired on Colors TV on television, and the show was also taken to the streaming space through Amazon Prime Video.

“Immediately after the film’s first part was released [in 2015], we felt we could tap the animation vertical and reach out to a new set of fans from the younger generation,” Shobu Yarlagadda from Arka Mediaworks, a producer of the film franchise, told Zenger News.

However, the segment is on a growth trajectory and registered a 10 percent spike in 2020 to reach INR 24.5 billion ($329 million), as per the FICCI-EY Indian media and entertainment report 2021.

The report also stated that on the back of escalating demand for original domestic content, not just from television but also streaming platforms, animation studios have transitioned from being content developers to IP owners, considering that nearly eight out of 10 animated kids’ shows on TV were home-grown Indian shows in 2020.

The industry, experts averred, is no longer just service-oriented.

This demonstrates the long way that animation has come in India since the content was acquired from international studios, and there was no room for content originating from India for the Indian audience, says Uttam Pal Singh, head of Discovery Kids.

“It was one of the successful Indian animation shows, and after that, other players started creating local content and different character-based shows.”

But characters that resonated with the audience, whether through a certain connection of their upbringing, through mythology, or a fan following, were needed to fill a gap in the segment.

That’s how “Little Singham” came into the picture in 2018.

The animated versions are never simply a pure adaptation. As Singh explained, it is about taking the DNA of a film, franchise or character, and adding more layers, angles, and characters to make it appealing and conducive to a new audience of kids.

“It cannot be a marketing gimmick. We have to adapt it in a way that the character lives and breathes its own animated universe. A huge challenge for us is to put more energy, get more engagement, add more ideas and thoughts which can keep making the audience come back to the platform,” he said, adding that adapting Bollywood movies and developing characters that the local audience can relate to, will be an ongoing affair in the Indian animation world.

In Hollywood, while live-action films have been made into animated entertainers, the reverse also seems to be happening with Disney remaking or revisiting a number of its animated classics, including “The Little Mermaid” and “Pinocchio”, into live-action movies.

“It’s the same rationale for us as it is for any Hollywood producer — brand expansion and revenue potential,” said Mehta from Cosmos-Maya.

“A movie like ‘Jungle Book’ gets a live-action avatar because, for that particular animated series, it was a new direction. We’re animated content producers who saw a similar potential for a live-action series like ‘Dabangg’.”

As for whether Indian viewers will ever get past the “animation is for kids’ perception,” Mehta said, “We will, slowly but surely (but) for the foreseeable future, unless a big-name experimental storyteller wants to work on this kind of project in India, this category will largely cater to the kids’ audience.”

Budgets are also a deciding factor in Indian cinema, which is essentially a live-action-centric industry, said Yarlagadda.

“I don’t see budgets escalating substantially in animation. Content can appeal to a larger spectrum of people, but that involves a higher budget. And that is a chicken and egg situation.”