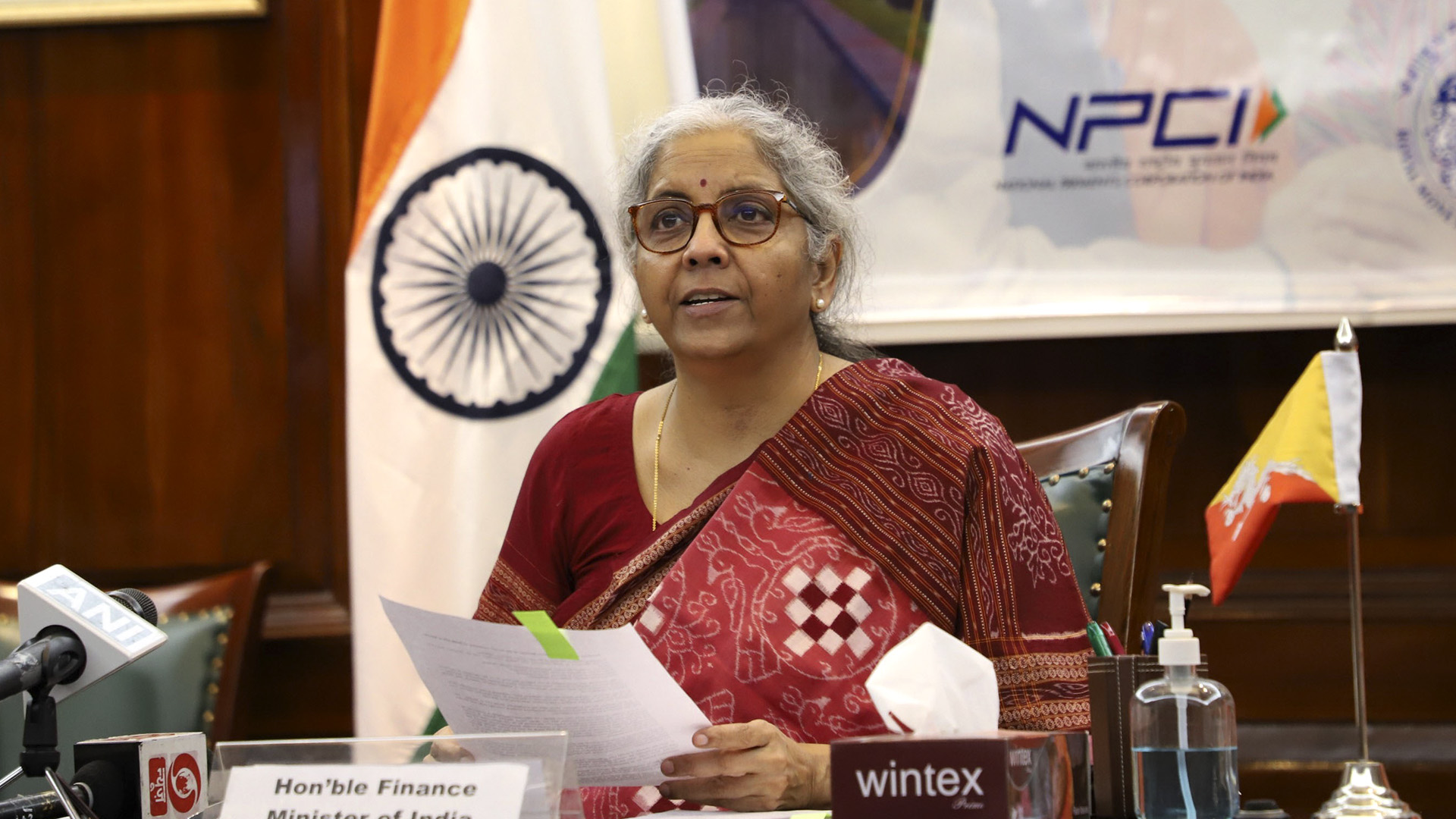 India's Union Minister for Finance and Corporate Affairs Nirmala Sitharaman addressing at the launch of the BHIM–UPI in Bhutan at a virtual ceremony, in New Delhi on July 13, 2021. (pib.gov.in)

Bharat Interface for Money (BHIM) is India’s digital payment application that works through the Unified Payments Interface (UPI), which is an instant real-time payment system. The UPI enables multiple bank accounts to operate from a single mobile application.

As a part of the launch, Sitharaman made a live transaction using BHIM-UPI to purchase an organic product from a Bhutanese One Gewog One Product outlet, which sells fresh farm produce made organically by local communities in Bhutan.

“With the July 13 launch of BHIM-UPI in Bhutan, the payment infrastructures of the two countries are seamlessly connected and will benefit a large number of tourists and businessmen from India who travel to Bhutan each year,” India’s Ministry of External Affairs said in a press release.

“This will enhance the ease of living and ease of traveling through cashless transactions at the touch of a button.”

While speaking on occasion, Sitharaman said that BHIM-UPI services have started in Bhutan under India’s neighborhood first policy.

“There could not be any better place to launch it because every Indian tourist who goes to Bhutan goes with such a warm feeling to the land of happiness,” Sitharaman said.

“BHIM UPI is one of the brightest spot and achievement for digital transactions in India during the time of Covid-19 pandemic with more than 100 million UPI QRs have been created in last 5 years, and BHIM UPI in 2020-21 has processed 22 billion transactions worth value INR 41 trillion ($5.5 billion).”

“With the launch of BHIM-UPI in Bhutan, the payment infrastructures of the two countries are seamlessly connected,” tweeted Arindam Bagchi, Official Spokesperson at the Ministry of External Affairs, India.

“BHIM-UPI is one of the achievements of India in terms of fintech in which India invested a lot, and we have also encouraged our start-ups to come up with solutions,” Sitharaman said.

“Therefore, BHIM-UPI stands out as one of the very good successful experiments that we have undertaken.”

“This launch fulfills the commitment made by the two countries during Prime Minister Narendra Modi’s visit to Bhutan in 2019,” Bhutan’s Tshering said.