Police and medics bring girl back from the brink of death. 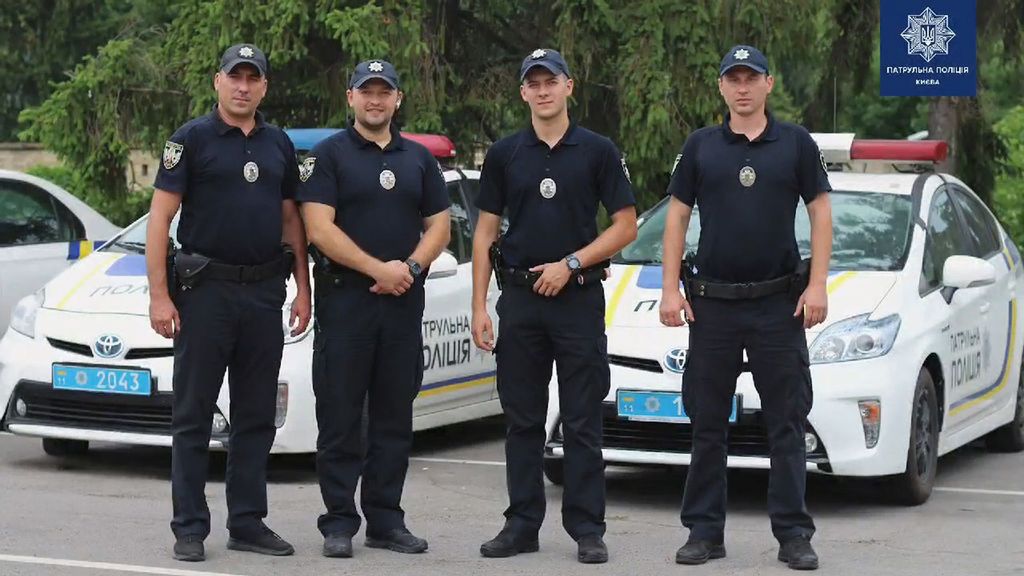 The officers who helped save a 2-year-old girl who drowned in a swimming pool in Kiev, Ukraine on July 11, 2021. (@mvs.gov.ua/Zenger)

This week, Ukrainian cops in Kiev were captured on video working to revive a two-year-old girl who nearly drowned in a swimming pool.

The incident took place at a residence on Privitna Street in the Solomyanskyi district in the Ukrainian capital, Kiev, on July 11.

The footage of the incident captured on an officer’s body-worn camera was shared on social media by the Ministry of Internal Affairs of Ukraine.

The girl fell in the swimming pool and her mother found her unconscious in the water. The mother immediately called the emergency services, fearing that her daughter might not survive.

While she waited for an ambulance to arrive, patrolling officers Bohdan Lisovsky and Serhiy Galanzovsky provided first aid services.

The two cops found the girl already lying on the grass when they arrived on the scene. She was alive, yet in an unresponsive state as her mom tried to help her.

The first responders made sure the that girl could breathe before placing her in the recovery position and warming her up with towels.

Paramedics on the scene reassured the girl’s mother and younger brother, and then took her to the hospital by ambulance.

Worldwide, drowning is the third leading cause of unintentional injury death, and 90 percent of drowning deaths occur in low- and middle-income countries, taking over 236,000 lives each year, the CDC reports.

The CDC recommends that parents provide their children with swimming lessons to prevent the risk of drowning. Additionally, backyard pools should be fully enclosed by a gate or fence to prevent young children from entering without supervision.

Parents should maintain a close watch over swimming children and avoid consuming alcohol while supervising their children. Use of life jackets and knowledge of cardiopulmonary resuscitation, or CPR, may become useful in emergency situations.

The young girl in Kiev was reportedly hospitalized in a stable condition, however, there have been no further updates on her condition after the emergency service footage was shared online.

The Ministry of Internal Affairs shared a message of gratitude to the officers for their quick response and wished the little girl a speedy recovery.