Schurli was also an advertising model and took part in a 2019 study focused on the intelligence of his species. 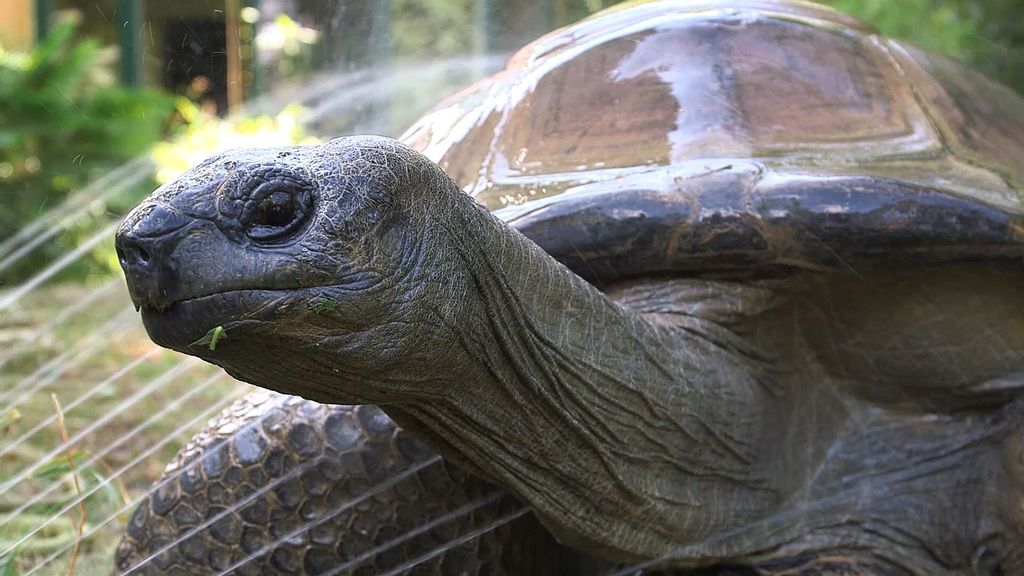 A 130-year-old Aldabra giant tortoise — the oldest resident at Viennas public zoo — has died after nearly seven decades in the Austrian capital.

The giant tortoise named Schurli, born on an atoll in the Seychelles islands, died on July 11.

Schurli was an irreplaceble feature of the Tiergarten Schönbrunn Zoo’s history and the oldest of the zoo’s residents, according to the zoo. His 68 years at the facility saw him outlast zookeeper after zookeeper.

“Schurli had lived with us since 1953. Many zoo visitors knew him for almost forever. His exact age was not known, but it was at least 130 years,” zoologist Anton Weissenbacher said.

Weissenbacher said Schurli was taken care of by generations of animal keepers who built a special relationship with the giant reptile.

“Schurli had a strong personality and was adorable and stubborn. He enjoyed being petted on the neck,” said zookeeper Maximilian Schon.

Schon said that when Schurli was alive, he could mostly be found soaking in cold water or lying under a lawn sprinkler during the summer.

“When it came to food, he preferred juicy cucumbers and dry leaves. They were like chips to him, only healthier.”

Schurli’s health worsened in recent years and zoo veterinarians had him under close observation.

The “old guy,” as zoo staffers called him, lived in a terrarium enclosure along with another male tortoise named Menschik, and a female named Madi.

Schurli was also a model for the zoo’s advertising campaigns, and took part in a 2019 study exploring the intelligence of Aldabra giant tortoises.

Upon Schurli’s death, Menschik became the Tiergarten Schönbrunn Zoo’s oldest resident. Menschik arrived shortly after Schurli and is thought to be slightly younger, according to the zoo.

An Aldabra giant tortoise can live up to 150 years.

It’s the second-largest tortoise species in the world, after its larger relatives on the Galápagos Islands. It is listed as vulnerable on the International Union for Conservation of Nature  Red List of Threatened Species.

The giant creatures’ survival was threatened between the 17th and 19th centuries by sailors who hunted them for meat and oil. Now they are struggling in the face of habitat destruction, competition with goats for grazing, and predators, including rats and cats that eat their eggs.

The species is now protected by dedicated breeding programs on the island of Mauritius.