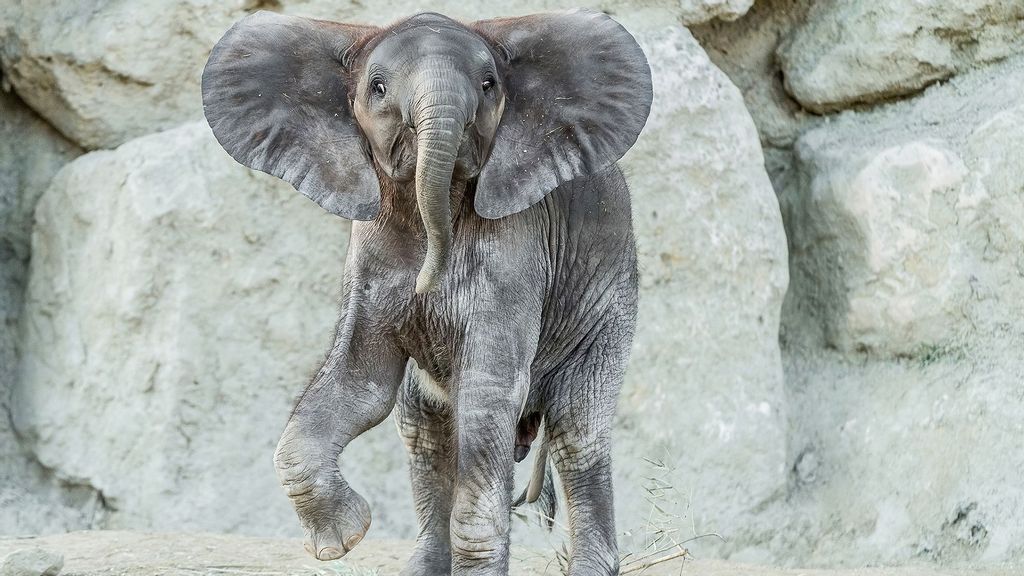 Remembering Kibali playing at the Vienna Zoo in Austria in May 2020. She died on July 9 of a heart attack. (Daniel Zupanc/Zenger)

A young female elephant named Kibali from the Vienna Zoo in Austria has unexpectedly died of heart failure one week before her second birthday.

Tiergarten Schonbrunn Zoo in Vienna announced the death of its young female elephant Kibali on July 10.

Shocked zoo officials reported Kibali was feeling well and did not show any symptoms of illness.

“Kibali seemed a little matte — she didn’t show any other symptoms. Nevertheless, she was under close watch. Yesterday, she just overturned in front of animal carers and vets and was immediately dead, “Tiergarten said in a post on Facebook.

“Next week, we would have celebrated Kibali’s second birthday. And now this stroke of fate happened. We can’t believe that she [Kibali] is no longer here,” said Johanna Bukovsky, spokesperson for the Vienna Zoo.

“It was important to us that the little one’s mother, Numbi, could say goodbye to her young child in peace, followed by the rest of the herd. Numbi is now getting a lot of attention from her carers,” Bukovsky said.

Vets say that like humans, elephants are not immune to heart diseases, as well as arthritis and infertility.

Kibali belonged to the African elephant (Loxodonta) genus whose population in Africa has massively decreased in the last few decades, due to poaching and habitat loss.

African elephants are listed as critically endangered by the International Union for Conservation of Nature (IUCN) Red List of Threatened Species.

The young one, conceived through artificial insemination, was the third offspring of her mother and had two siblings: Tuluba and Kibo.

Little Kibali, whose name was chosen through fans’ suggestions, had never met her father, who lives in the South African wilderness in the Phinda Private Game Reserve.

&Beyond Phinda Private Game Reserve, which was formerly known as Phinda Resource Reserve, is a 1,830,000,000-square-foot private reserve situated in the South African province of KwaZulu-Natal, between the Mkuze Game Reserve and the Greater St Lucia Wetland Park.

The Tiergarten Schonbrunn has kept elephants for over 250 years; the first elephant was transferred to the zoo’s facilities in 1770.

The zoo was established by the Habsburgs in the park of the Schonbrunn Palace in Vienna’s 13th district, named Heitzing, in 1752.

The Vienna Zoo is the world’s oldest zoo still in operation today. It provides a home for around 7,800 animals from 700 species on an area of 42 acres.

The first baby elephant conceived with a wild male’s frozen sperm at Tiergarten Schonbrunn Zoo was born in September 2013 after 22 months of pregnancy.

Freezing the sperm helps to choose the ideal time to fertilize the female and is more economical, the zoo said.