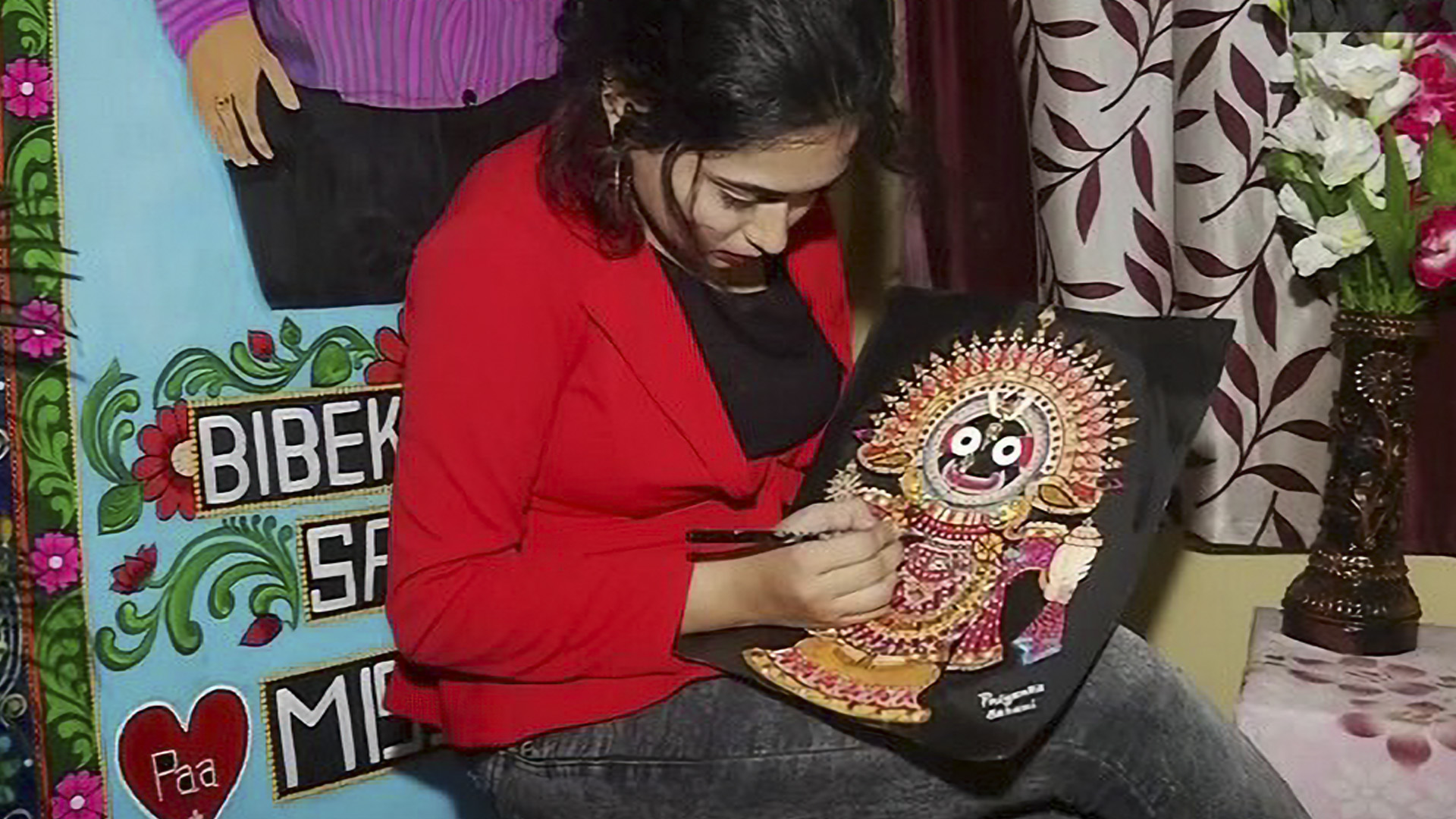 BHUBANESWAR, India — As the Rath Yatra or Chariot Festival begins, a techie from Odisha has hand-drawn 108 miniature paintings of Lord Jagannath and his siblings as a form of celebration.

The Rath Yatra is a festival associated with Lord Jagannath held annually at Puri in the eastern Indian state of Odisha.

Sahani said she picked up the skill from her late father, Bibekananda Sahani. 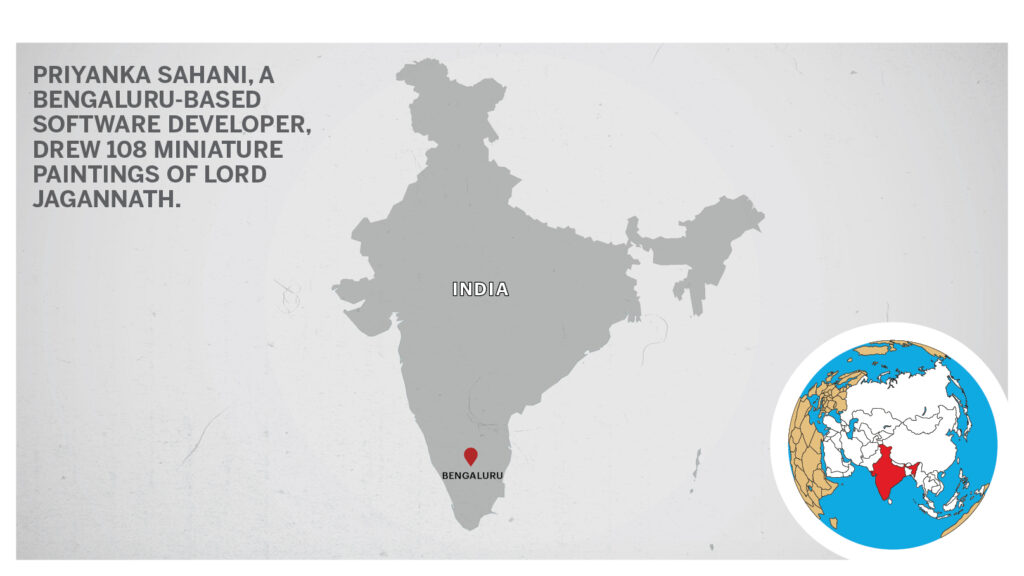 She started the process on June 26 and completed the holy trinity with different fruits and nuts as well—almonds, seeds, rajma, nutmeg, banana, and several other things.

“I started to draw 108 miniature paintings of Jagannath on June 26,” said Sahani.

“I was working 10-12 hours a day, and it took me three to four hours to finish one painting of deities. It is an offering to the lord before he embarks on the annual sojourn, beginning July 12,” she said.

It has always been her dream to do innovation and creative work, and she planned to do something unique during the Rath Yatra this year.

“I made 108 miniature paintings of Lord Jagannath, Balabhadra, and Devi Subhadra. I also painted on pulses, leaves, potato, which a lot of people can never imagine,” Sahani said.

“After I lost my father, this was a good way to recover from my depression and preserve his memories. I picked up my brush and canvas and painted the artworks the way he taught me,” she said.

Earlier on July 6, the Supreme Court rejected a batch of petitions seeking direction to conduct Rath Yatra across Odisha and not only in Puri Jagannath temple, as permitted by the Odisha State Government in its order earlier.

“This year more people died, and last year, lesser number of people died,” the three-judge bench of the Apex Court, headed by Chief Justice of India N.V. Ramana, observed and dismissed the batch of petitions seeking its direction to conduct the Rath Yatra.

The Odisha state government had allowed and permitted to conduct the Rath Yatra only in Puri Jagannath temple with strict Covid-19 restrictions and protocols.

“The chariot work has begun after the fourth idol sits on the chariot. The devotional atmosphere has been created in Badadanda while everyone at home is watching this wonderful sight of the Lord due to the Covid situation,” read the tweet.

The Jagannath Temple administration on July 9 said that, like the previous year, this year’s Ratha Yatra festival would be organized without the participation of devotees and in strict adherence to safety protocols to contain the spread of coronavirus.

As per the administrator of Puri Jagannath Temple, Ajaya Jena, the servitors testing negative for Covid-19 would be allowed to participate in the pulling of the chariots.