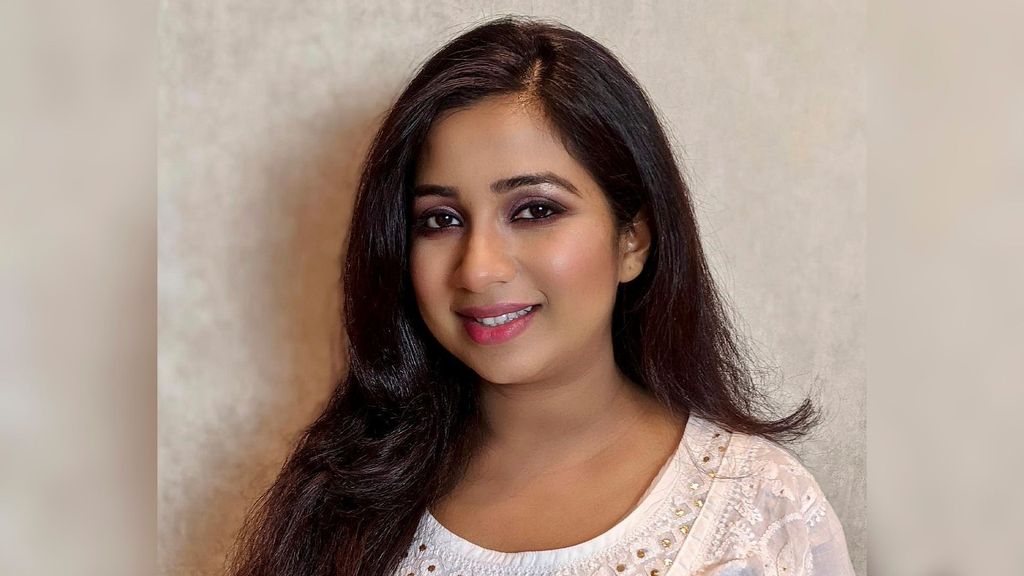 Ghoshal took to her Twitter handle and penned a tweet remembering how she started her professional career at the age of 16. She also thanked filmmaker Sanjay Leela Bhansali for believing in her at that age.

“19 years ago on this day, I made my debut in Hindi Films in the iconic film #Devdas,” she wrote.

“It’s still vivid in my memories the magical years of the making of the music. Always grateful to #SanjayLeelaBhansali sir for believing in that 16-year-old girl.”

Ghoshal also paid tribute to late actor Dilip Kumar by sharing a monochrome photo of him.

The legendary actor, who passed away on July 7 in Mumbai at the age of 98, played the lead character in the 1955 film “Devdas.”

“As we celebrate 19 years, we salute the legend. Devdas then, now and forever,” read the text on the photo.

In a consecutive tweet, Ghoshal also expressed gratitude towards her parents for always standing by her side.

“And my parents for being there days and nights with me to make me into what I am today,” she wrote.

Even film actor Shah Rukh Khan celebrated 19 years of his film and wrote a heartfelt note on his Instagram handle.

“All the late nights and the early mornings hard pace & problems,” he wrote.

“Worked out fine because of the gorgeous @madhuridixitnene. The stunning @aishwaryaraibachchan_arb, ever cheerful @apnabhidu dada, full of life @kirronkhermp and the whole team slogging it under the masterful and patient #sanjayleelabhansali (sic).”

“Only issue, the dhoti kept falling off…!! Thx for the love, everyone. #19YearsOfDevdas. (sic)”

Ghoshal is one of India’s most popular playback singers and has recorded songs for films, albums in various languages and won prestigious awards for her work.

For her work in “Devdas,” she received a National Film Award, a Filmfare Award for Best Female Playback Singer, and a Filmfare R.D. Burman Award for New Music Talent.

The 37-year-old singer has also appeared as a judge on several television reality shows, such as “Indian Idol” and “Indian Idol Junior.”

Ghoshal tied the knot with her childhood friend Shiladitya Mukhopadhyaya on Feb. 5, 2015, after a courtship of almost ten years. The couple welcomed their first child on May 22, 2021.

Based on the 1917 novel of the same name by Sarat Chandra Chattopadhyay, Bhansali’s “Devdas” starred actors Khan, Aishwarya Rai, and Madhuri Dixit, along with Kirron Kher, Smita Jaykar, and Vijayendra Ghatge in supporting roles. It was released in 2002.