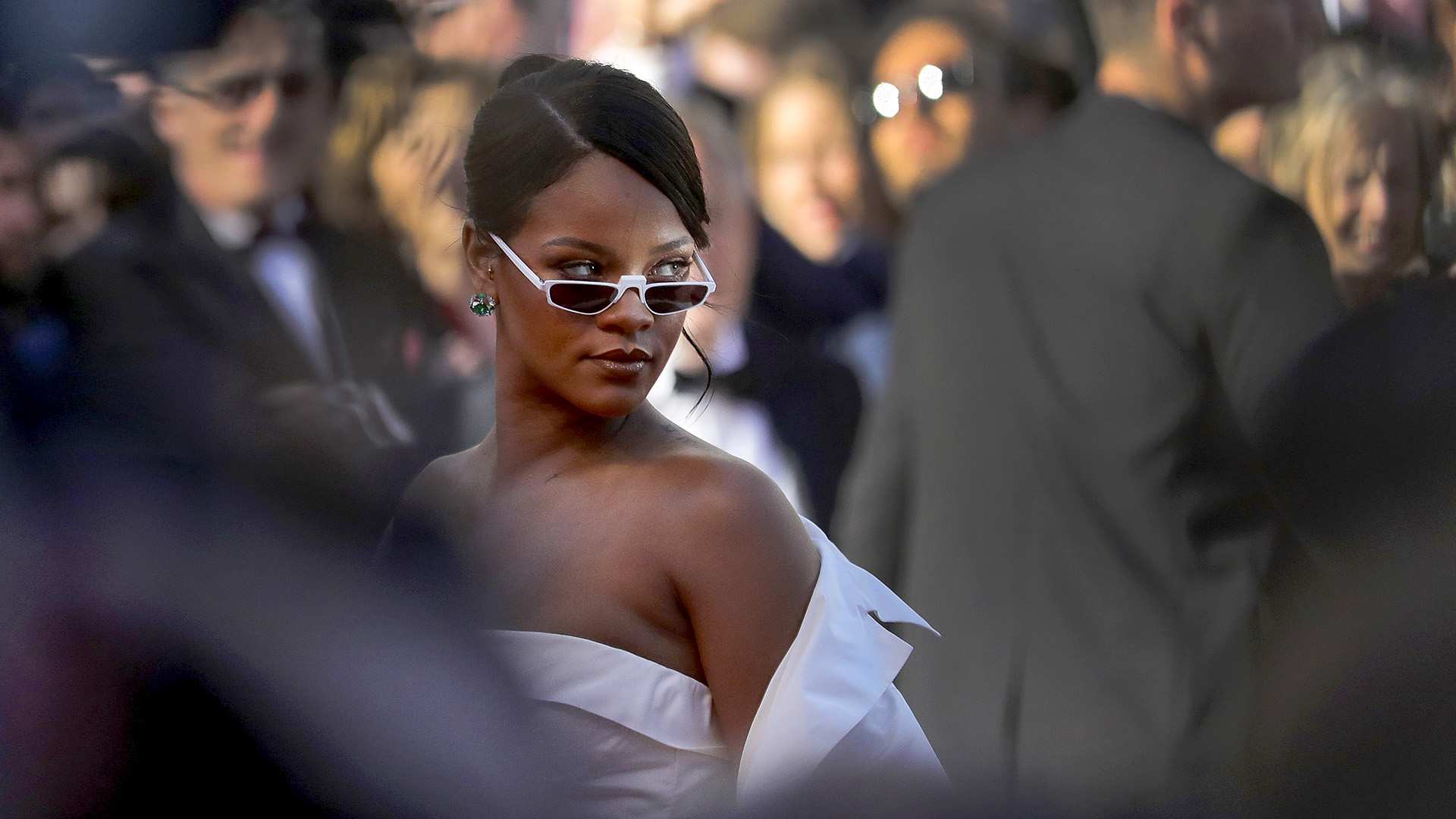 WASHINGTON — The couple that works together, stays together! Rihanna and A$AP Rocky were all smiles while cuddling up on the sets of a project in New York City.

Reports say, on July 10 afternoon, Rihanna and A$AP Rocky were spotted in New York City filming a new, unnamed project with one another.

One photo from their time on set showed the couple holding hands as they took a stroll, while in another, the pair both had big smiles on their faces while sharing an embrace.

The “Diamonds” singer was seen wearing a long brown coat over a leather corset, which she wore with a pair of loose brown pants and a multi-colored bandana over her head.

Meanwhile, A$AP Rocky opted for a stylish bomber jacket with a white tank top underneath, which he teamed with some statement-making bling, black jeans, and a trucker hat.

A source confirmed to a news organization in November that Rihanna and A$AP Rocky were dating after years of friendship.

Back in December, a source also told the outlet that the couple is “inseparable,” noting that “Rihanna seems very happy dating A$AP” because they “have a lot in common.”

The couple had sparked romance rumors since Rihanna split from her boyfriend of three years, billionaire Hassan Jameel, in January 2020.

That July, she even featured A$AP Rocky in her Fenty Skin campaign, and the duo did several interviews together to promote the collaboration.

Back in May, A$AP Rocky opened up to a magazine about their relationship, calling the star “the love of my life; my lady.”

When asked what it feels like to be in a relationship, the rapper hinted that Rihanna is “the one” for him.

“So much better. So much better when you got ‘the One.’ She amounts to probably, like, a million of the other ones,” the “Wild for the Night” artist, who was born as Rakim Mayers, said.

He also said Rihanna has “absolutely” inspired some of his upcoming new music during the interview.

“I think it’s important to have somebody that you can bounce those creative juices and ideas off of. It’s just a different point of view,” he said.

The “Sundress” singer also revealed that he recorded new music for his upcoming album “All Smiles” last summer during a cross-country trip in the United States with Rihanna. Their tour bus was fitted with a mobile recording set-up that he used throughout the journey.

Before dating Jameel, the “Love The Way You Lie” singer was in a relationship with Canadian rapper Drake.

In a June 2018 interview, the 34-year-old also revealed that she and Drake are no longer in contact.

“We don’t have a friendship now, but we’re not enemies either. It is what it is,” she said.