Priyanka Chopra Shares Childhood Photo With Brother On His Birthday

The actor is very close to her family and often posts about them on social media.
By Zenger News Desk July 13, 2021
Facebook
Twitter
Linkedin
Email 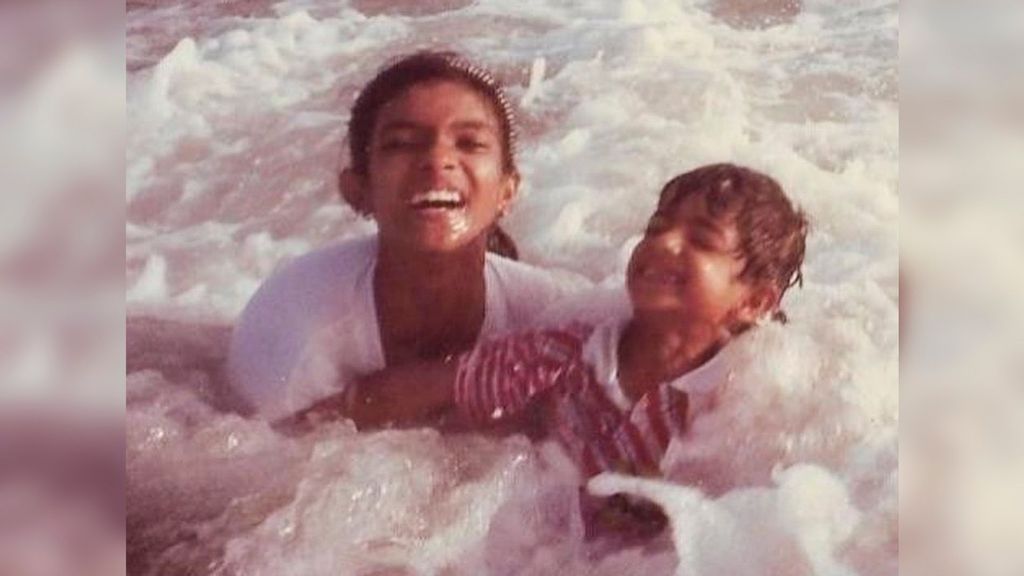 NEW DELHI — Priyanka Chopra Jonas on July 12 shared a childhood picture on her social media account, along with a birthday note to wish her brother Siddharth Chopra.

She took to her Instagram handle and shared a post featuring a childhood picture and a recent picture of Siddharth posing with the siblings’ mother, Madhu Chopra.

In the picture from their childhood, Chopra-Jonas and Siddharth could be seen enjoying the waves at a beach together.

In the second one, Siddharth and Madhu were seen posing beside what appeared to be a food truck. The truck featured a special message from Chopra-Jonas and her husband, singer Nick Jonas.

“Dearest Sid, Happy birthday!! We know there is not much you love more than food. We love you, Nick and Didi,” read the board.

Chopra shared the post and expressed how she was missing him on his day.

“Happy Birthday Sid! Love you and wish I was there to celebrate you, wishing you so much joy and laughter,” she wrote.

Many friends and family reacted to the post with hearts and wishes for the birthday boy, while others just gushed over the unseen picture and commented “cute.”

Chopra-Jonas is close to her family and makes sure to remember them on every occasion that she can.

Recently, on her mother’s birthday, Chopra-Jonas shared a video stating how she has always admired her mother.

“Happy birthday, mom. Missing our ritual of celebrating your special day together. Love you loads. See you real soon,” she wrote, captioning the video.

On Mother’s Day, she shared a picture wishing her mother Madhu and mother-in-law Denise Miller-Jonas saying that they set an example for her every day.

“Today, we celebrate motherhood. The beginning of all life,” she wrote.

“Here’s to all the mothers all around us that boundlessly create, nurture, and love. Please know you are appreciated and seen.”

“I’m so blessed to look up to two incredible women who lead by example every day. Love you. Happy Mother’s Day to everyone.”

Chopra-Jonas, who is known to be a “father’s girl,” often uploads pictures with her late father as well.

On his birthday, the actress shared a video of her father accepting an award on her behalf.

“My forever cheerleader. You would have been 70 today. Miss you, Dad,” she wrote.

On the work front, Chopra-Jonas was last seen in Netflix’s “The White Tiger,” which she also produced.

She recently launched an Indian restaurant called “Sona” in New York and released her memoir titled “Unfinished” earlier this year.

Chopra-Jonas will next be seen in “Text For You,” which also features Celine Dion and Sam Heughan in the lead roles. Apart from that, she will also be seen in “Matrix 4.”