Deuba will have to secure the vote of confidence in parliament within a month.
By Zenger News Desk July 13, 2021
Facebook
Twitter
Linkedin
Email 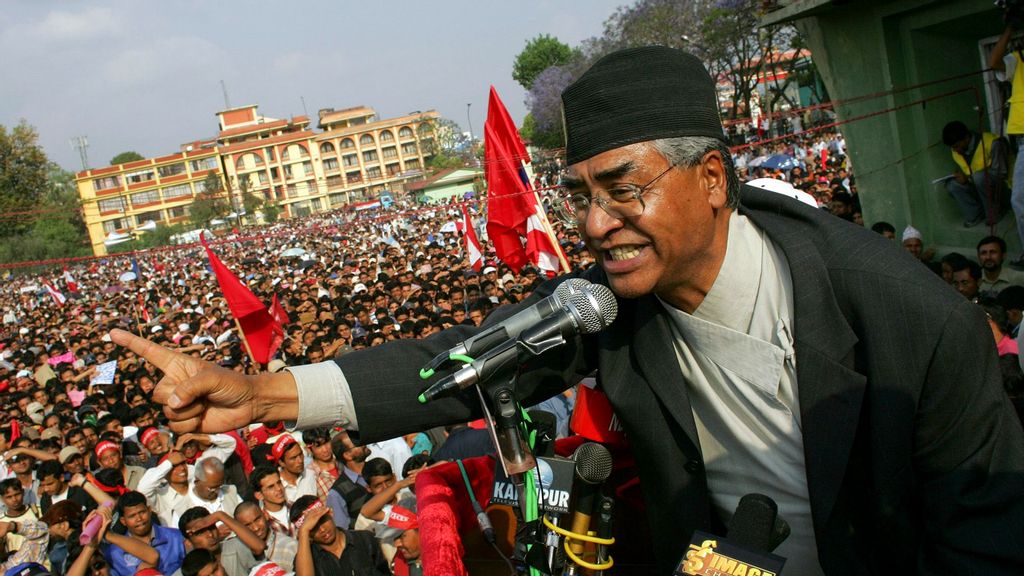 Nepal Supreme Court has ordered the appointment of Nepali Congress President Sher Bahadur Deuba as the new Prime Minister of the country within the next two days and reinstated the dissolved lower house of the parliament on July 12. (Paula Bronstein/Getty Images)

KATHMANDU, Nepal — The Nepal Supreme Court has ordered the appointment of Nepali Congress President Sher Bahadur Deuba as the new Prime Minister within the next two days and reinstated the dissolved lower house of the parliament on July 12.

“On July 13, as per the verdict of the Supreme Court, honorable Sher Bahadur Deuba will form a new cabinet for which we would start consultations and discussions,” Baburam Bhattarai, former Prime Minister and one of the leaders of the opposition alliance, said on July 12 evening.

“This would be alliance government, and we will be holding a discussion about further ways to make it more effective and working addressing concerns of the public that would cover the issues about Covid-19 management, vaccines, corruptions, and others.” 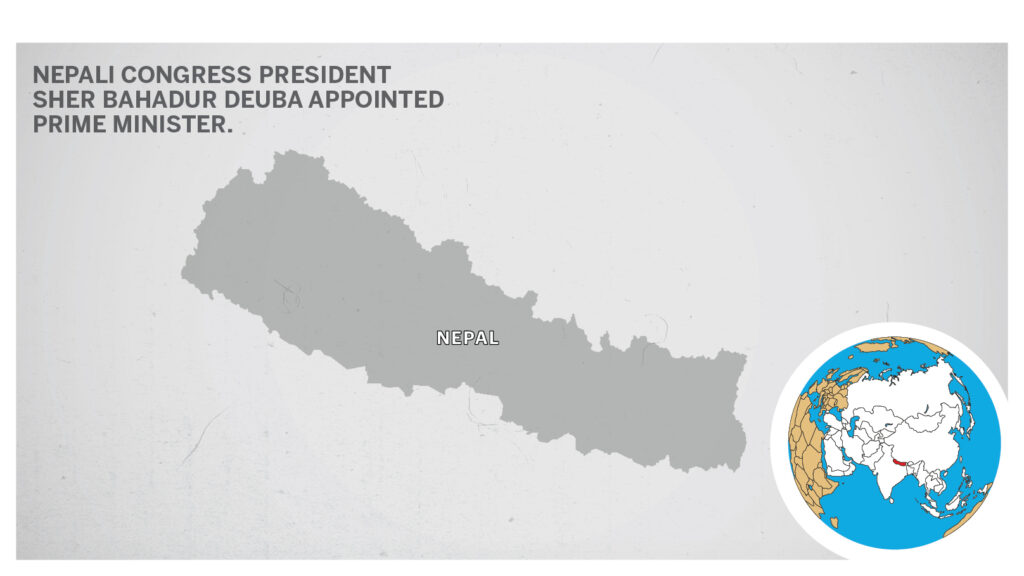 A meeting was held in the capital on July 12 afternoon, senior leaders of Nepali Congress, Community Party of Nepal (Maoist Center), Janata Samajbadi Party (JSP), and Madhav Nepal-led faction of the Communist Party of Nepal (Unified Marxist-Leninist) were in attendance.

The meeting focused on discussing the future course of action, including the formation of a new cabinet. Further discussion about the division of ministerial portfolios would be decided through a meeting to be held on July 13 morning, as per the leaders.

Although the Supreme Court’s order has paved the way for Deuba to become a new prime minister, Deuba will have to secure majority votes in parliament to survive as Prime Minister for the remaining term of parliament.

Currently, Deuba runs short of a majority after the rival faction of the Communist Party of Nepal (Unified Marxist-Leninist) backed off.

After months of the intraparty rift, the rival faction of the ruling Communist Party of Nepal (Unified Marxist-Leninist) under the leadership of Madhav Kumar Nepal has separated itself from the alliance formed to fight against Oli.

The two factions in the Unified Marxist-Leninist (one led by Oli and the other by Madhav Nepal) reached a 10-point agreement to bury their hatchet on July 11 evening. After July 12’s verdict, Madhav Nepal’s faction has announced to unify with the party ending the earlier formed alliance with Deuba.

“This alliance reached this point; it has completed one phase; now a totally new sphere has formed in front of us,” said Raghuji Panta, the leader representing the rival faction of the Communist Party of Nepal (Unified Marxist-Leninist) which had signed for Deuba in court documents after July 12 meeting.

“In the present scenario, we cannot stay on this alliance any longer. Our presence and support for this alliance would not remain the same. The question over the role of the Communist Party of Nepal (Unified Marxist-Leninist) in the national politics of Nepal still prevails, so first, we will unify the party, and then the role of our party in upcoming days would be decided through the meetings of concerned committees of the party which also would determine whether to support the new government or not.”

With the break off of the rival faction of the Communist Party of Nepal (Unified Marxist-Leninist), the largest seat holder in parliament, the fate of the vote of confidence for to-be-appointed Prime Minister Sher Bahadur Deuba remains uncertain. Deuba will have to secure the vote of confidence in parliament within a month after his appointment as the new Prime Minister.

A total of 146 members of the House of Representatives reached out to Supreme Court with a writ petition to demand the restoration of the House and appoint Sher Bahadur Deuba as the next Prime Minister on May 24.

While claiming the Prime Ministership back in May, Deuba had presented signatures of 149 lawmakers to prove that he commanded the majority to lead a new government. Now, however, Deuba falls short of the 23 votes which he earlier had from the Madhav Nepal-led faction of the Communist Party of Nepal (Unified Marxist-Leninist).

The Supreme Court has removed the provision of “whip” (directive issued from a political party to ensure attendance and voting in debates) on parliamentarians.

“The provisions of Article 76 (5) of the constitution which has been misused by President and Prime Minister regarding the formation of the new government has ended with this verdict,” said Om Prakash Aryal, one of the advocates who took part in the discussions held in court.

“A clear interpretation over the issue has been given which now states that the formation of a government under Article 76 (5) is always dependent on members of the House of Representatives.”

“At the time of voting over the motion of confidence, the parliamentarians now would not be abided by the ‘whip’ meaning they can decide over the candidate on their own when it comes to choosing a Prime Minister when Article 76 (5) is activated.”

Nepal President Bidhya Devi Bhandari had earlier refused to allow Deuba to form a new government as per Article 76 (5) and dissolution of the House. With Oli failing to secure the vote of confidence on May 10, Bhandari on May 13 had appointed Oli the Prime Minister under Article 76 (3) of the constitution as the leader of the party with the highest number of members in the House.

However, a week after his appointment, Oli on May 20, in a sudden move, recommended that the President invoke Article 76 (5) to choose a new prime minister. Oli, however, neither sought the trust vote nor resigned, thereby creating a situation in which a Prime Minister was asking the President to appoint a Prime Minister.

Protests have erupted in the Nepali capital soon after the verdict of the Supreme Court to reinstate the lower House, overturning the decision of President Bhandari to dissolve the parliament after the recommendation of Oli.

The supreme judicial body also has ordered summon for a fresh session of House of Representatives at 5 pm on July 18. Voicing against the court’s mandamus, protesting leaders have termed it an attempt by the judicial body to exercise more power.

“The Supreme Court is now trying to exercise rights of executive, legislature, that of President, constitutional bodies,” Mahesh Basnet, a senior leader of Youth Association Nepal, the student wing of the Communist Party of Nepal (Unified Marxist-Leninist), said while addressing a protest march.

President Bhandari again dissolved the parliament on the recommendation of the cabinet on May 22 this year. Following the dissolution, more than two dozen writ petitions were filed in Nepal’s Supreme Court seeking the restoration of the House and issuing an order to appoint Deuba as the new Prime Minister.

Though the verdict has paved the way for Deuba to become the next Prime Minister, failure to garner a vote of confidence would further plunge the Himalayan Nation into a political crisis.