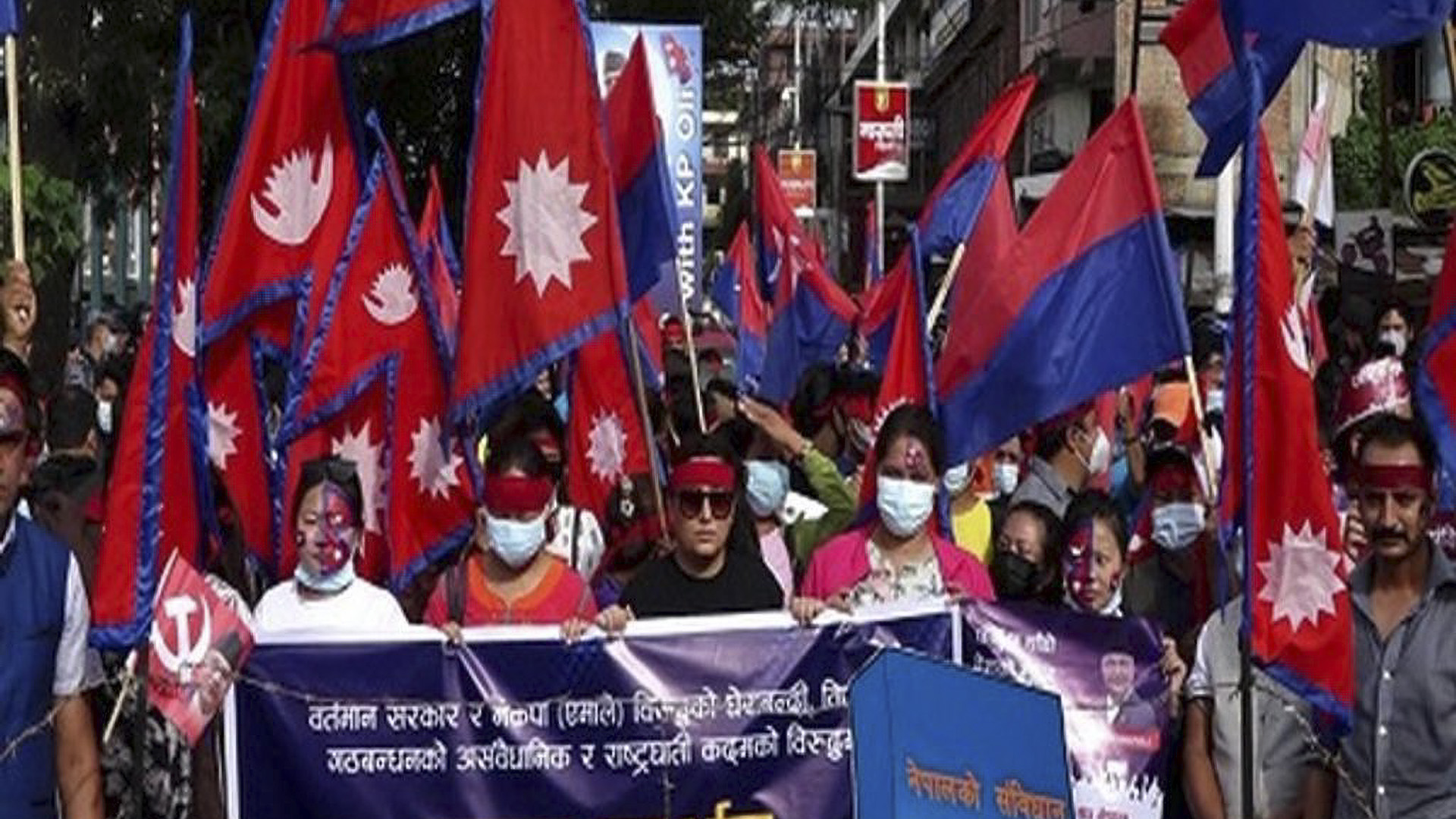 KATHMANDU, Nepal — Nepal’s Supreme Court has reinstated the dissolved House of Representatives. As several writ petitions had been filed against caretaker Prime Minister K.P. Sharma Oli’s move, the court decided to issue a verdict on the petition filed by the main opposition leader Sher Bahadur Deuba.

A day before the verdict, the student union of ruling party CPN-UML held a roadshow. The body, Youth Association of Nepal, conducted the roadshow in support of the caretaker Prime Minister, K.P. Sharma Oli, on July 11.

The streets of Kathmandu were hit by the government’s supporters, who raised their voices against the opposition and supported their leader through their slogans. K.P. Sharma Oli is the current Prime Minister of Nepal, on a minority capacity since May 13, 2021.

“We are the fraternal organization of the ruling party, and we are now on the street showing support to the incumbent government,” said Babu Chatkuli, one of the student leaders of the Youth Association of Nepal, “The situation has compelled us to get down onto the street. Party fraternity has come to support the government as it is under seize.” 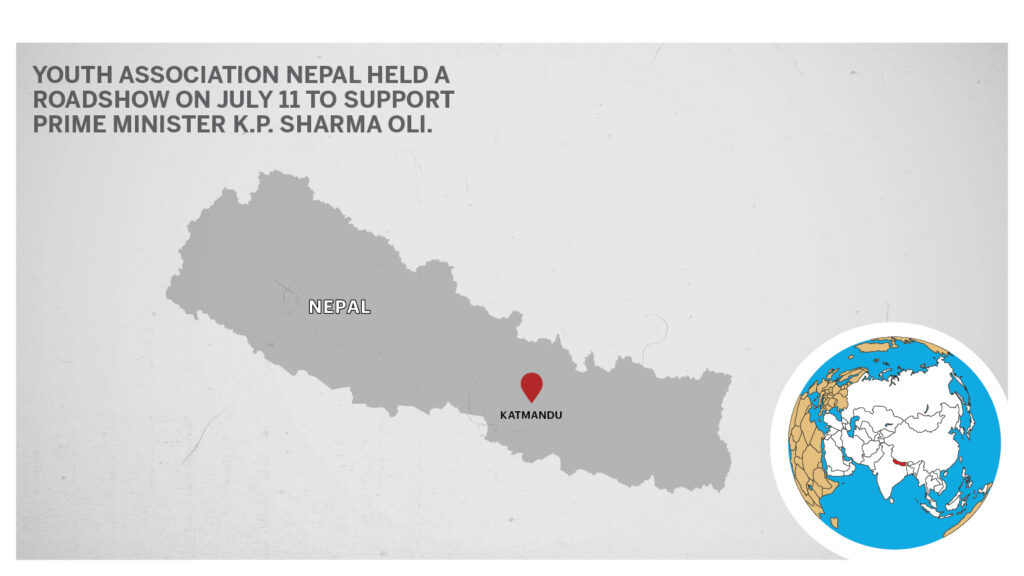 A total of 30 writ petitions have been filed against the House of Representatives’ dissolution.

The House of Representatives is the lower house of the Federal Parliament of Nepal, with the upper house being the National Assembly.

Marathon discussion over the petitions filed with the Apex body of the nation ended earlier on July 5. The next date for the hearing has been fixed for July 12, which is expected to deliver the verdict over the writ petitions.

While several writ petitions had been filed against Oli’s move, the court had decided to issue a verdict on the petition filed by the main opposition leader Sher Bahadur Deuba first and began the hearing.

The pro-government student union has warned to hit the streets if the court orders to appoint Deuba as the next Prime Minister of the nation that the petitioners have sought in their writ.

“We are keenly waiting for the verdict, whatever decision the court would make, but we won’t accept those steps that would be taken by court crossing the boundaries set by the constitution,” said Niraj Paudel, another student leader said.

“If the court issues any commands regarding the appointment of a new Prime Minister then youths as of today wouldn’t hesitate to hit streets and protests would take a larger form.”

An amicus curiae of four members sent by the central committee and the Supreme Court chapter of the Nepal Bar Association also have given their views. Of the four senior advocates, two argued the House should be reinstated, while two others said Oli’s move was right.

The latest round of house dissolution in less than six months of reinstatement has thrown the Himalayan Nation into political chaos and instability. Being the first Prime Minister of the Federal Republic of Nepal, K.P. Sharma Oli has attempted to dissolve the house for the second straight time.

A total of 30 writ petitions had been filed against the dissolution. As many as 146 lawmakers of the House of Representatives, including Sher Bahadur Deuba of Nepali Congress, had filed writ petitions demanding the reinstatement of the House and appointment of Deuba as the Prime Minister of Nepal.

Leading the writ petitions of house dissolution for the second time, Chief Justice Cholendra J.B. Rana has formed a five-member constitutional bench under his leadership to hear the writ. Other Justices on the bench include Deepak Kumar Karki, Meera Khadka, Ishwor Prasad Khatiwada, and Aananda Mohan Bhattarai. Rana is the 29th Chief Justice of the Supreme Court of Nepal.

Fifteen hours were allocated for advocates on behalf of writ petitioners and 15 hours for legal practitioners of Prime Minister and government attorneys.