A study finds children gained more than an hour of sleep after participating in a mindfulness curriculum at elementary schools.
By Zenger News Desk July 13, 2021
Facebook
Twitter
Linkedin
Email 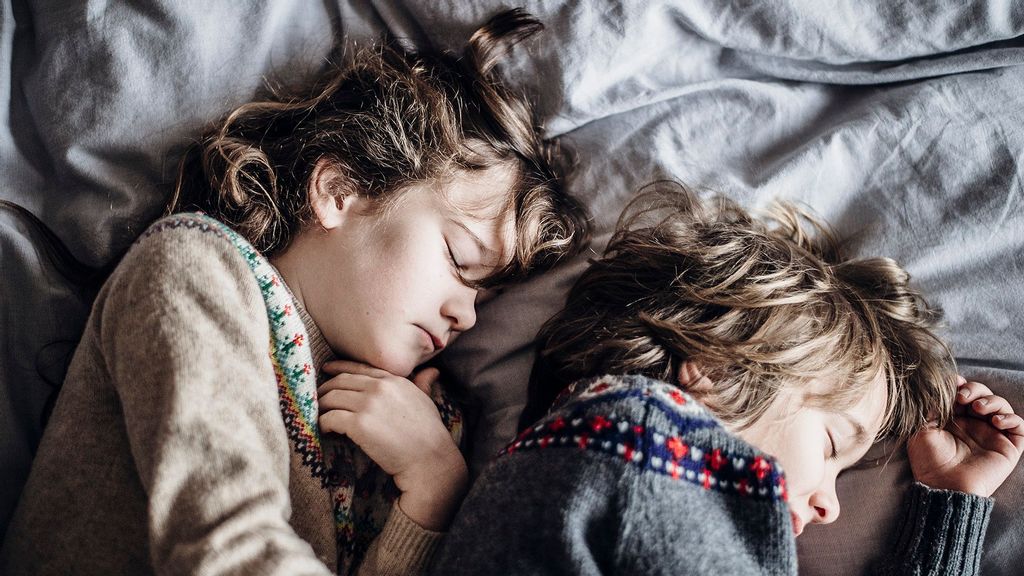 At least nine hours of sleep per night is recommended for healthy children. (Annie Spratt/Unsplash)

STANFORD, Calif. — A study reveals children gained more than an hour of sleep per night after participating in a mindfulness curriculum at their elementary schools.

The study, led by the Stanford University School of Medicine, was published in the Journal of Clinical Sleep Medicine.

The study is the first to use polysomnography techniques, which measure brain activity, to assess how school-based mindfulness training changes children’s sleep.

The curriculum taught children how to relax and manage stress by focusing their attention on the present, but it did not instruct them how to get more sleep.

“The children who received the curriculum slept, on average, 74 minutes more per night than they had before the intervention,” said the study’s senior author, Ruth O’Hara, Ph.D., a sleep expert and professor of psychiatry and behavioral sciences at Stanford.

“They gained almost a half an hour of REM sleep,” said O’Hara.

“That’s really quite striking. There is theoretical, animal, and human evidence to suggest it’s a very important phase of sleep for neuronal development and the development of a cognitive and emotional function.”

Children in the study lived in two low-income, primarily Hispanic communities in the San Francisco Bay Area. One community received the intervention; the other served as the control. Both had high rates of crime and violence, and families faced such stressors as food insecurity and crowded, unstable housing.

These conditions are a recipe for poor sleep, said the study’s principal investigator, Victor Carrion, MD, the John A. Turner, MD, Endowed Professor for Child and Adolescent Psychiatry. Carrion, who directs the Stanford Early Life Stress and Resilience Program, launched the study to help youngsters manage the effects of living in a stressful environment.

Enabling at-risk kids to sleep better isn’t just a matter of telling them to sleep more or keep regular bedtimes, however.

“To fall asleep, you have to relax, but they have a hard time letting their experiences go,” Carrion said. “They don’t feel safe and may have nightmares and fears at night.”

Yoga instructors and the children’s classroom teachers taught the curriculum twice a week, for two years, in all elementary and middle schools in the community that received the intervention.

Instructors taught children what stress was and encouraged them to use the techniques to help them rest and relax, but they did not instruct on sleep-improvement techniques such as maintaining consistent bedtimes.

The instructors used the Pure Power Curriculum, developed by a nonprofit called PureEdge; it is available to schools for free in both Spanish and English.

From the more than 1,000 third- and fifth-graders taking part in the study, the researchers recruited 58 children who received the curriculum and 57 children from the control group for three in-home sleep assessments, conducted before the curriculum began, after one year and after two years.

These assessments measure brain activity during sleep via a cap of electrodes placed on the child’s head, breathing and heart rates, and blood oxygen levels.

More sleep instead of less

Children in the control group were sleeping about 7.5 hours per night, and those in the curriculum group about 6.6 hours per night. The researchers, however, don’t know why children in the two communities, despite similarities in income level and other demographics, had different average sleep times.

But the two group’s sleep patterns evolved differently. Over the two-year study period, among the children in the control group, total sleep declined by 63 minutes per night while the minutes of REM sleep remained steady in line with sleep reductions typically seen in later childhood and early adolescence.

In contrast, the children who participated in the curriculum gained 74 minutes of total sleep and 24 minutes of REM sleep.

“It makes intuitive sense that children who didn’t participate in the curriculum decreased their sleep, based on what we know about what it’s like to be a kid this age,” said the study’s lead author, Christina Chick, Ph.D., a postdoctoral scholar in psychiatry and behavioral sciences.

“Older children are possibly staying up to do homework or talk or text with friends. I interpret our findings to mean that the curriculum was protective, in that it taught skills that helped protect against those sleep losses.”

Hormonal changes and brain development also contribute to changes in sleep at this age, Chick said.

Still, the average amount of sleep that study participants in both groups received was low, Chick said, noting that at least nine hours of sleep per night is recommended for healthy children.

The researchers hypothesized that children might experience improvements in sleep via reductions in stress. However, the children who gained the most sleep during the study also reported increases in stress, perhaps because the curriculum helped them understand what stress was. Nevertheless, they slept better.

The researchers plan to disseminate the findings more broadly by helping schoolteachers deliver a similar curriculum. They also plan further studies to understand how various curriculum elements, such as exercises that promote deep, slow breathing, may change body functioning to enable better sleep.