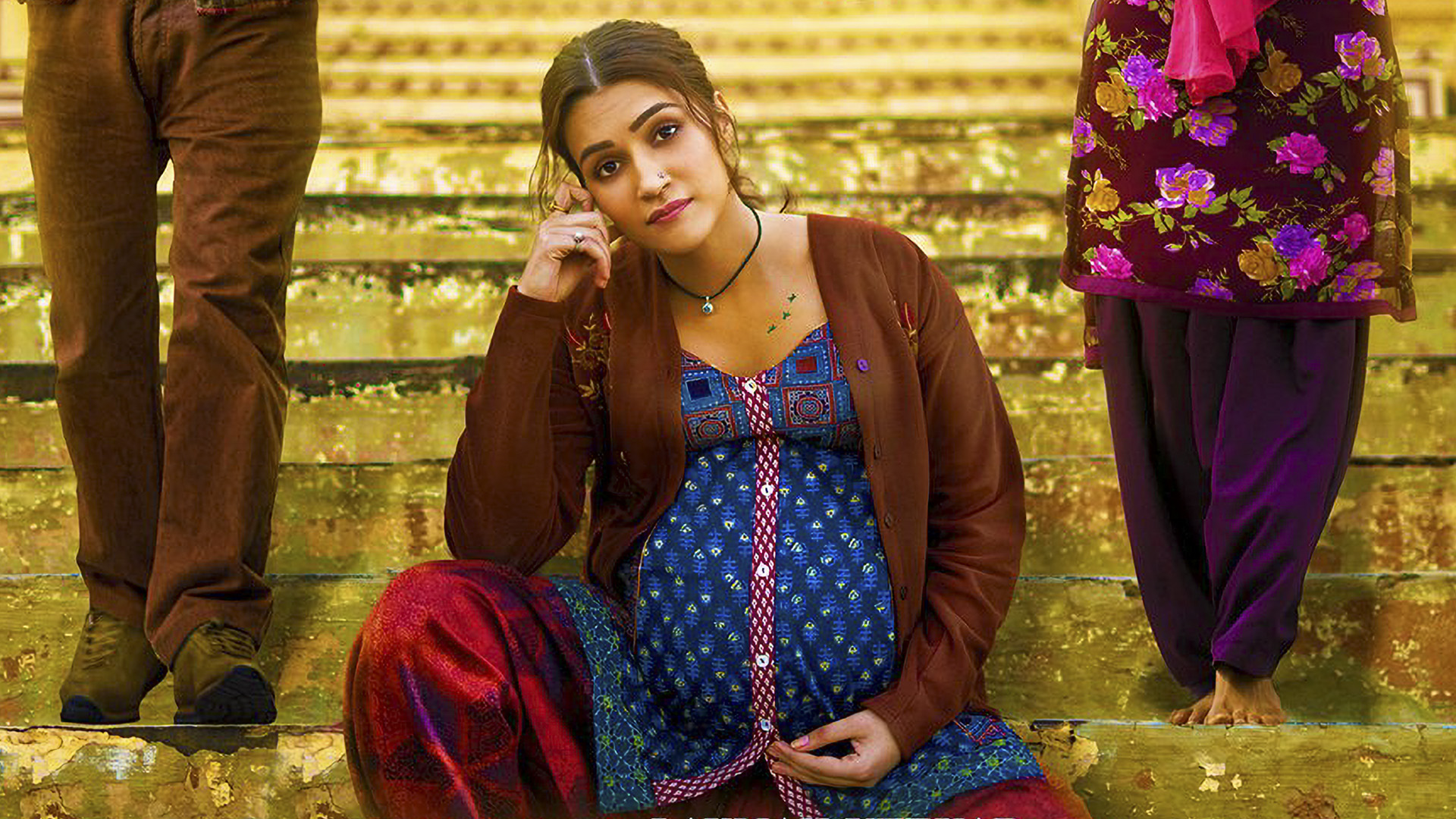 In the movie, Sanon essays the role of a young surrogate mother. (@NetflixIndia/Twitter)

MUMBAI, India — Kriti Sanon’s upcoming film “Mimi” is set to arrive on July 30. The movie, which also features Pankaj Tripathi and Sai Tamhankar, will release on Netflix and Jio Cinema.

Sanon took to Instagram to announce the release date and share a new poster of the film. Besides Sanon, the poster also features Tripathi and Tamhankar.

“This July, the unexpected offer will change her LIFE! Delivering the #MimiTrailer in 3 days, #Tuesday! #NothingLikeWhatYoureExpecting! #Mimi releasing on 30th July on @officialjiocinema & @netflix_in (sic),” she wrote in the caption.

The actor also shared another poster featuring her and the details of her upcoming movie.

“This July, the happiest movie will make you cry! Delivering a glimpse of her story in 3 days, #Tuesday! Stay tuned for #MimiTrailer. #NothingLikeWhatYoureExpecting #Mimi releasing on 30th July on @officialjiocinema & @netflix_in (sic),” she wrote.

In the movie, Sanon will be seen essaying the role of a young surrogate mother. For her role, Sanon had to put on 15 kilos. Actors Manoj Pahwa and Supriya Pathak are also a part of the film.

“Mimi” was scheduled to be released last year but got pushed due to the coronavirus pandemic. The producers later opted for a streaming platform release.

Utekar has written the movie’s story and screenplay along with Rohan Shankar, who has also penned the dialogues.

“Mimi” marks the reunion of several people involved in the film. It brings back together Sanon, Tripathi, director Utekar and producer Vijan after their hit romantic-comedy “Luka Chuppi.” The film also reunites Sanon and Tripathi after “Bareilly Ki Barfi.”

“Mimi” is the latest movie in the long list of collaborations between Vijan and Sanon that includes “Raabta,” “Luka Chuppi,” and “Arjun Patiala.” Sanon also made a special appearance in Vijan’s successful 2019 horror-comedy “Stree.”

Apart from “Mimi,” Sanon has an exciting line-up of movies in her kitty, including “Bhediya” alongside Varun Dhawan, “Hum Do Humare Do,” “Bachchan Pandey” with co-star Akshay Kumar, and “Ganapath” opposite Tiger Shroff.

She will also be seen essaying the role of goddess Sita with South Indian actor Prabhas in “Adipurush.”

The “Heropanti” actress recently completed seven years in the entertainment industry. She has appeared in several films like “Dilwale,” “Bareilly ki Barfi,” “Panipat,” and currently has one of the best line-ups in the industry with seven big-budget films to her name.