Is Major League Baseball’s All-Star Globalization Good For The Game?

Attendance and TV ratings are down as the rise of foreign players continues.
By Mark Gray July 13, 2021
Facebook
Twitter
Linkedin
Email 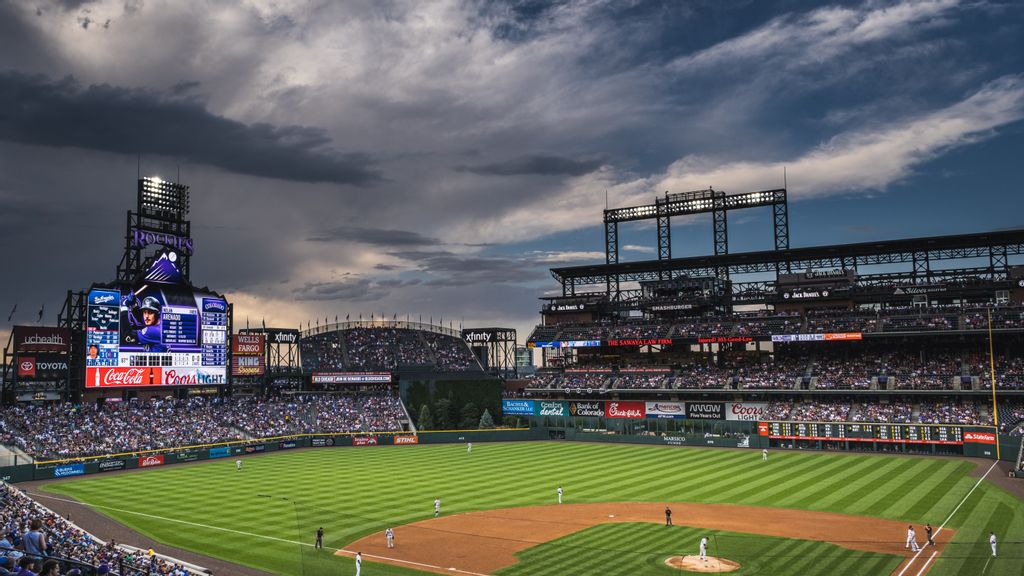 When baseball was at its peak, the midsummer classic was must-see TV as fans congregated around televisions on the second Tuesday in July to watch the legends of the game create a fan base that would embrace the game for generations.

From “Hammerin” Hank Aaron to Ken Griffey Jr. the exploits of American-born baseball players were glorified in movies such as “The Natural” and “Field of Dreams.” However, in this new era of sports fandom, baseball in America is facing a crisis.

Seasonal attendance has been declining in recent years (the pandemic-shortened season of 2020 and slow crawl back to full stadium capacity not withstanding), and TV ratings are down. Popularity is waning and this year’s showcase — which takes place tonight (July 13) in Denver — falls in the middle of the NBA Finals.

In addition, observers say the traditional passing down of the game from generation to generation is not happening. The millennial fan base follows the game via electronic communication and social media, which takes away from the romance of the live experience.

Baseball has been aggressive at cultivating its presence around the world, with more international players becoming the faces of the game.

This year’s star-of-stars is Shohei Ohtani, whose play has been electrifying over the first half of the season. The Japanese-born superstar is the first legitimate “two-way” player since Babe Ruth. The Los Angeles Angels pitcher also doubles as their designated hitter; he was the top seed in what now has become the signature event during the all star festivities — the Home Run Derby. (That competition took place last night (July 12); Ohtani was ousted in the first round by the Nationals’ Juan Soto, and New York Mets’ Pete Alsonso wound up winning his second straight title.)

Ohtani has played better than advertised when he came to the United States and has already had unprecedented success. Heading into the break the Japanese phenom has hit 33 home runs, which is the most by any Asian-born player in the history of Major League Baseball and earned him the top seed in the derby.

As a pitcher, Ohtani ended the first half of the season with a record of 4-1 which now places him at the top of the list for the American League Most Valuable Player Award.

“This guy is a freak of nature,” said Julian McWilliams, the Boston Red Sox beat reporter for the Boston Globe.  “His hands are [very large] and he’s probably the fastest guy on the team next to [fellow All-Star teammate] Mike Trout. To be able to do what he does is something that I think is out of this world.”

Vladimir Guerrero Jr., whose father was an icon for the Montreal Expos during the 1990s, received the most votes, as much of Canada went to the virtual polls on his behalf. His teammate, Marcus Semien, also made the American League, but without as much fanfare.

San Diego Padres shortstop Fernando Taitis Jr., whose father played for the St. Louis Cardinals was the preeminent superstar coming into the season. From power drinks to video games, Taitis is the face of baseball’s new generation. He is on the cover of the video game “MLB The Show,” which is the signature franchise in the esports world. The “other” video game, “RBI,” features Chicago White Sox All-Star Tim Anderson on the cover.

This year’s All-Star game was initially scheduled to be hosted in Atlanta as Major League Baseball was trying to show off the new model for stadiums in cities in need of modern ballparks. However, the game was moved earlier this year, after Georgia Gov. Brian Kemp signed a controversial law containing a series of measures that critics say amount to voter suppression that would mainly impact blacks and other minorities.

As baseball continues to globalize, it risks losing touch with its fan base in urban America.

Young African American fans have little interest in a sport where there were only 70 such players on the rosters to open the season, In addition, the game is perceived to be too slow for some viewers.

According to the Society of Baseball Research, the number of African American players in the MLB has fallen nearly every year since 1981, and by 2016 it had dropped to 6.7 percent, which was the lowest percentage since 1957.

“[African Americans] haven’t turned our back on baseball, but we’re giving it the side eye,” said former major league pitcher Marvin Freeman. “It’s an expensive commitment to train and play on the better teams which showcase your talent.”

There are fewer role models for young black players to emulate and baseball traditionally has done a poor job of marketing its star players the way the NFL and NBA do.

For example, despite being a two-time world champion and perennial All-Star, Los Angeles Dodgers outfielder Mookie Betts is an endorsement afterthought.   Los Angeles Lakers all-star LeBron James is a global icon who is set to become a billionaire by the end of 2021, following the release of his movie “Space Jam” later this week, according to Black Enterprise Magazine

MLB’s outsourcing of its on-field talent may have led to a proliferation of generational talent, but it hasn’t passed through the turnstiles yet. There may be a more exciting brand of baseball being played throughout the Major Leagues, but it hasn’t connected with American fans just yet.