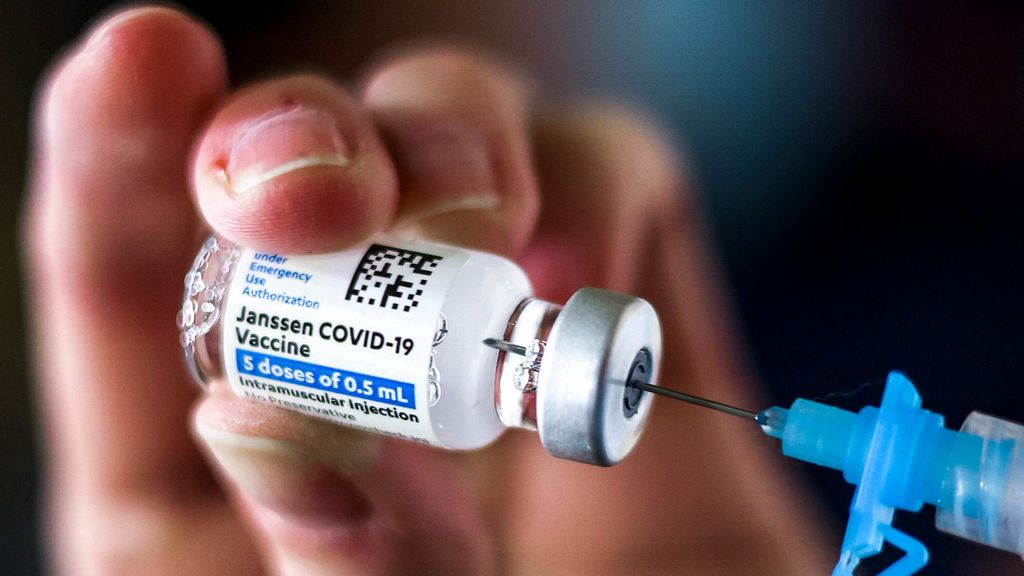 Adams 12 Five Star Schools District RN Tiffany Karschamroon draws a dose from a vial of the Johnson & Johnson Covid-19 vaccine, the newest vaccine approved by the U.S. FDA for emergency use, at an event put on by the Thornton Fire Department on March 6, 2021 in Thornton, Colorado. (Michael Ciaglo/Getty Images)

WASHINGTON — The coronavirus vaccine maker Johnson & Johnson was warned by the US Food and Drug Administration (FDA) on July 12 of possible rare neurological complications caused due to its dose.

The complication is known as Guillain-Barre Syndrome.

While the FDA said it had not established the vaccine could cause the syndrome, it noted an increase in reports of the sometimes paralyzing condition.

“Today, the FDA is announcing revisions to the vaccine recipient and vaccination provider fact sheets for the Johnson & Johnson (Janssen) Covid-19 Vaccine,” said FDA in a statement.

“The revisions were announced to include information pertaining to an observed increased risk of Guillain-Barre Syndrome following vaccination.”

Reports of adverse events following the Janssen Covid-19 vaccine use under emergency use authorization suggest an increased risk of Guillain-Barre Syndrome during the 42 days following vaccination, the updated label read.

“Although the available evidence suggests an association between the Janssen vaccine and increased risk of Guillain-Barre Syndrome, it is insufficient to establish a causal relationship.”

“No similar signal has been identified with the Moderna and Pfizer-BioNTech Covid-19 vaccines,” as per the label.

The FDA said 100 preliminary reports of Guillain-Barre Syndrome had been filed with the US government’s Vaccine Adverse Event Reporting System, out of 12.8 million Janssen vaccines given.

“Guillain-Barre Syndrome is a neurological disorder in which the body’s immune system damages nerve cells, causing muscle weakness and sometimes paralysis, and it has occurred in some people who have received the Janssen Covid-19 Vaccine,” the FDA said.

People should seek medical attention if they notice symptoms such as weakness or tingling in the arms and legs, especially if it spreads, after receiving a vaccine, as per FDA.

The Centers for Disease Control and Prevention (CDC) and FDA briefly paused the use of the Johnson & Johnson vaccine earlier this year because of a risk of a rare type of blood clotting complication.

However, the pause was lifted later in April after determining the risk was low and the condition was treatable. The vaccine’s label was updated to warn about the risk.

Meanwhile, Johnson & Johnson on July 12 confirmed that they are in talks with the US’s FDA about an increased risk of a rare neurological complication among people who received its single-dose Covid-19 vaccine.

“We have been in discussions with the US FDA and other regulators about rare cases of the neurological disorder, Guillain-Barre syndrome, that have been reported following vaccination with the Janssen Covid-19 vaccine,” the company said in a brief statement.

The company further said that though the chance of having this occur is very low, and the rate of reported cases exceeds the background rate by a small degree. Yet, the safety and well-being of the people who use our products is our number one priority.

“Any adverse event report about individuals receiving Johnson & Johnson’s single-shot Covid-19 vaccine, as well as our own assessment of the report, is shared with the US Food and Drug Administration, the European Medicines Agency, and other appropriate health authorities.”

“We strongly support raising awareness of the signs and symptoms of rare events to ensure they can be quickly identified and effectively treated,” said the statement.